Arts & Culture
Arts Arena
This content is made possible in part by the generous sponsorship support of The University of Minnesota.
April 9, 2009 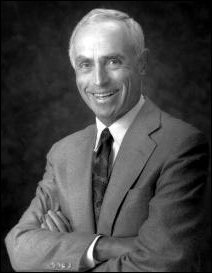 This week has been filled with personal tributes to Minnesota broadcaster Steve Cannon, who died Monday and whose WCCO show, “The Cannon Mess,” was popular for 26 years.

In the show, which ended in 1997, Cannon had “conversations” with characters like Backlash LaRue and Morgan Mundane — but the voices were all his.

Esme Murphy, in a WCC0 story about coworkers’ memories of Cannon, tells this story:

“WCCO anchor Don Shelby said when he first moved here he called the station to complain that Morgan Mundane was giving Steve Cannon too hard a time about drinking too many Grain Belt beers. 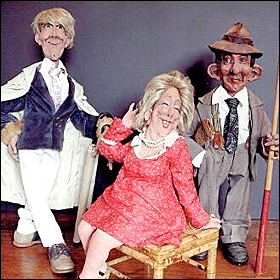 “Shelby said he had no idea Cannon and Mundane were one in the same. Like so many listeners, he had been lured into Cannon’s theater of the mind.”

Broadcaster Tom Mischke wrote a personal remembrance for the Star Tribune, and here’s a tribute by media writer Brian Lambert at mspmag.com. In addition, Eric Schubert, vice president for communications and public affairs at Ecumen, posted this one.

For those of you who never caught the show, several audio clips can be found at the Pavek Museum of Broadcasting’s website.

Readers: If you have special memories of Steve Cannon and/or “The Cannon Mess,” we hope you’ll share them in the Comments area below.

Remembering the voice(s) of Steve Cannon