Arts & Culture
Arts Arena
This content is made possible in part by the generous sponsorship support of The University of Minnesota.
Oct. 14, 2009 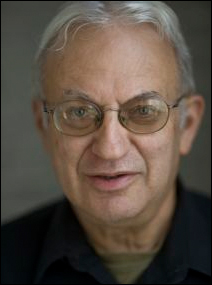 David Unowsky, one of the Twin Cities’ most experienced booksellers, got laid off from his job at Minneapolis’ Magers & Quinn’s Booksellers last week. Is this one more sign that bookstores and buggy whips belong in the same time capsule, or is this merely one man’s misfortune and not a message on the industry as a whole?

“It’s not a matter of us being in trouble. We’re just reorganizing the way we do things,” says Denny Magers, the store’s owner. “David spent a lot of his time planning and organizing events, and we put a lot of resources into that, and some of those events were well-attended, but many were not. That was disappointing to us and to the writers. Now we’ll do fewer of them.”

That may not be a good business strategy, says Unowsky, who helped Magers & Quinn become a premier stop on many national author tours, as well as a destination for local writers. In many ways, he made the Uptown bookstore into something very familiar — a more viable version, perhaps, of Unowsky’s own lost bookstore, The Hungry Mind, which was for decades the center of the Twin Cities literary community. Unowsky opened his St. Paul store in 1970, sold and changed its name to Ruminator Books in 2000, added a second location, and closed in 2004.

‘They brought new customers in’
“One of the main reasons [Magers & Quinn’s] sales continued to go up, while other people’s weren’t, was the events, and the visibility they created. They brought new customers in,” says Unowsky, who says between in-store and out-of-store events, Magers & Quinn does five or six events a week. “But I was one of the highest paid people there, and the owner felt like the events weren’t bringing in enough profit.”

“He’s well-qualified in the things that he did, and he’s over qualified for many of the areas we now are directing our energies into,” says Magers, who says the store is going to focus on inventory and bookkeeping and other back-to-basics tasks.

Unowsky worked for Magers & Quinn for just under five years, beginning at about the same time that the Uptown store began adding new books to its selection of used books. While the store sells more used than new books (including online book sales), the new titles have helped redefine the store’s identity and strengthen its customer base.

Magers & Quinn actually bucked industry and overall retail trends by increasing sales every month in 2008, and in the first few months of 2009. After that point, the economy caught up with the store, flattening its sales, then pushing into losses in recent months. Magers says the store is not in trouble, though. “We’re doing fine, and we’ll continue to do fine.”

Neighbors shutting down, leaving
And perhaps it shall; after all, the store already survived the devastation the chain bookstores wrought, and holds its own against Amazon’s price-slashing ways. But a more elementary problem has been eating away at the store’s profits: The neighborhood is falling apart. The store has been marooned on an island surrounded by road construction for months, and during that time, it has watched most of its neighbors shut down or turn over. Uptown was once known for its one-of-a-kind shops, a browse-able mix that supported a swing into a bookstore. Chain clothing retail has replaced many of those stores. On Oct. 31, the Uptown Bar will close, rendering the neighborhood virtually unrecognizable to many.

“The sand is always shifting underneath you. Just as soon as you think you’re on firm ground, you don’t, and you need to find your footing again,” says Magers. “We’re about the last ones left, and people always compliment us on our store and our selection. But if they don’t come here to buy their books … if they shop on Amazon instead to save 75 cents, that bookstore experience might not always be here.”

As for Unowsky, who has 39 years in the book business, he’s optimistic that he’ll find a new job soon, perhaps in publishing, or with a small business or neighborhood organization. He does have a side job as an adjunct career counselor for Springboard for the Arts, helping writers with career planning and business matters. He’s grateful that he’ll still be able to help develop writers in some way.

“Without Magers & Quinn doing those events for young writers, I don’t know who will pick up the slack,” he says. “There are lots of places that do readings, Talking Volumes and libraries get big names, and Micawbers and Common Good Books do some local events. But none of them are doing what we were doing, especially in terms of local writers. I don’t know where those writers are going to go now.”