Arts & Culture
Arts Arena
This content is made possible in part by the generous sponsorship support of The University of Minnesota.
Feb. 25, 2010 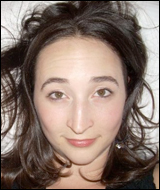 After college, Mo Perry thought she was done with acting.

She joined the Peace Corps to change the world, and then later lived in a van in California for several months — all the while thinking that performing on stage was a thing of the past.

Then she moved back to the Twin Cities and took a front-of-house job at the late, lamented Theatre de la Jeune Lune. And despite her efforts, Perry had caught the bug again.

She began to audition. And then found herself acting with many of the small companies that dot the area landscape. Her work drew attention as well, earning her accolades and roles at more visible companies, from turns at Gremlin (“Hedda Gabler”) and Torch (including Rhoda and Georgette in “The Mary Tyler Moore Show”). Most recently, Perry has moved up another step, acting at Park Square Theatre and, starting this weekend, in Jane Martin’s “Somebody/Nobody” at Mixed Blood Theatre.

The pressures of fame
Martin’s latest play takes a hard, if comedic, look at the world of celebrity. It centers on a young starlet who is being crushed by the pressures of fame. “The closest analogy we could come up with was Lindsay Lohan,” Perry says of the character, Sheena.

Her own role, Galaxy, is a “19-year-old talent agent. She’s the queen of the B-list talent agents.” In the play, Sheena crosses paths with Loli, a tinseltown dreamer from the heart of Kansas.

For Perry, the role came with a number of challenges, including playing younger. “I’m usually cast in 30- to 40-year-old roles,” the 20-something actor says.

Martin’s play not only looks at how the characters intersect, but how their lives play out in our celebrity-obsessed culture.

“I love doing Jane Martin plays,” says Perry, who is acting in her third. “She is hilarious and insightful and witty. She has a real deep understanding of her characters and the situations.”

To set the stage, director Jack Rueler brought in professionals from various walks of life to talk about the reality of being a talent agent, a cowboy who spends most of his time living on his own or a plastic surgeon.

“We are able to listen to these people and ask them questions,” Perry says. “It really helped us to ground the characters with lots of reality.”

A mix of performers
The cast features a mix of fresh-from-college talent and veterans, including Brandon Morris, an actor based out of New York. This mix has introduced Perry to a new group of area performers.

Performing at Mixed Blood ­ and Park Square ­ has moved Perry into another tier of area professional theaters. This has meant daytime rehearsals and an ever-shifting schedule. All of which is tough to mix with a full-time job.

(“I have the most understanding boss in the world,” Perry says.)

The role at Mixed Blood will be followed by “Safe as Houses” at Joking Envelope and later in the year, the Chicago Avenue Project at the Pillsbury House Theatre.

Perry admits that there isn’t a master plan behind any of this.

“My dad is a life coach. He’s always asking me what my five-year plan is,” Perry says. “I’ve never thought in terms like that. I’ve just gone after things that I want to pursue.”