Arts & Culture
Arts Arena
This content is made possible in part by the generous sponsorship support of The University of Minnesota.
March 26, 2010 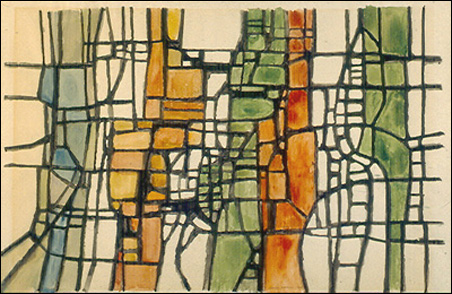 The Minnesota Museum of American Art (MMAA) may not have a permanent space yet, but that hasn’t stopped curator Kristin Makholm from finding ingenious partnerships by which to begin showing key pieces in the institution’s impressive permanent collection.

In “Generation Abstraction,” on view now at the College of Visual Arts Gallery in St. Paul, you can see examples of the MMAA’s holdings of mid-20th century “responses to modern abstraction,” from the heyday of abstract expressionism in the 1950s to 1970s Minimalism.

It’s definitely worth a look, but you’ll need to go this weekend: the show closes in a matter of days.

“Generation Abstraction: Selections from the Minnesota Museum of American Art” is on view at the College of Visual Arts gallery in St. Paul through March 28.