Arts & Culture
Arts Arena
This content is made possible in part by the generous sponsorship support of The University of Minnesota.
July 16, 2010 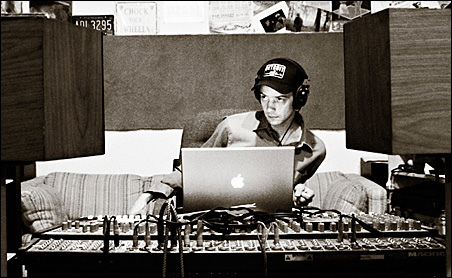 Photo by Jenn Barnett
Erik Koskinen: “I always want to write about real stuff, real emotions, and I think it comes from living in a place like Northern Michigan.”

Timelessness and authenticity have been essential to country music since Hank Williams first bled his heart out to the masses, and you don’t need Erik Koskinen’s personal resume to hear a similar dirty depth to his new CD, “Keep It to Yourself.” Still, a sketch is in order.

Koskinen grew up in the Upper Peninsula of Michigan, where, well before the Great Recession, people figured out how to survive by working hard and with their hands.

“Both my parents are English teachers, and professors at college,” says Koskinen. “My parents took me to lots of bluegrass and old country music festivals, and I’d buy cassette tapes of the stuff I liked: Dave Von Ronk, Dave Moore, Spider John Koerner, The Red Clay Ramblers. Growing up, every summer we built log houses by hand out in the woods, so we did things like deck foundation by hand, and peeled the logs and cut the trees down. My twin brother, Matt, and I and our older brother, Chris, did that for five years of our life; lived in a tent all summer long.

“When my parents got divorced, I moved to a little mill-and-factory town in New York. My dad was staying in Michigan, and when we were leaving, he gave us his guitar. When I got to New York, I didn’t know anybody, had myself a guitar and started playing chords.”

Koskinen, now 31, has worked as a truck driver, snow blower, construction worker, songwriter, producer, engineer, and multi-instrumentalist. These days, music is his main career – with the occasional construction or pipe-fitting job thrown in to help pay the bills – and his blue-collar roots rip through all 11 songs on “Keep It to Yourself.”

“I always want to write about real stuff, real emotions, and I think it comes from living in a place like Northern Michigan,” says Koskinen, who celebrates the CD release with performances tonight at Lee’s Liquor Lounge in Minneapolis and Saturday at Fitger’s Brewhouse in Duluth. “It’s a relatively poor place, and everybody has to work really hard. There’s not a lot of work, so you just see that come out in people. People don’t talk about it, like, `Oh, I’m poor and I work hard. I’m a hard, heavy guy.’ They just are, and there’s a sense of pride in yourself to do everything as hard as you can all the time. 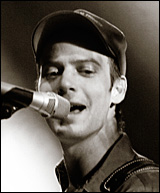 “It’s situations like hard livin’, poverty and drinking. I just grew up around all that stuff. There was no fabricated lifestyles. And it wasn’t really always that happy. It’s not like it’s the greatest thing, but it’s completely real at the same time.”

You’d think material that rich would be a natural for Nashville and Music Row. Koskinen thought so, too, until he relocated there for a year in 2003 and encountered a superficial hit machine that inspired his terrific song “There Ain’t No Honky-Tonks in Nashville, Tennessee.”

“I wouldn’t call my stay in Nashville a disaster, but it was … a waste of my time but full of lessons,” he says. “You walk around the old honky-tonks there and they’re full of Tim McGraw wannabe bands. And all the songwriting nights would be taken over by pretty Faith Hill look-alikes.

“I didn’t know anybody in Nashville, so [in 2005] I moved to Minneapolis, which was the only music town I knew anybody in. I knew Molly Maher. I met her at the Green Man music festival in Duluth. She was playing with a band right before us, and she played to us. My band. That’s all. They sounded great, and we got to talking and I ended up moving to Minneapolis and doing some recording with Molly.”

Like a classic bunch of lost Sun Sessions recordings, “Keep It to Yourself” brims with crack playing, true-life experience and adventure. “Detroit Detroit” is an anthem to America’s most beleaguered city; “Pretty Girls” is a melancholy confession from a drinker-slash-girl watcher; and raves like “Smile Nice and I’ll Give You a Kiss” and “Devil’s Blues” showcase the talents of Koskinen’s slithery and ferocious band that performs every Wednesday at Nye’s Polonaise Room with Maher and Her Disbelievers.

“I’ve become very hands-on,” concludes Koskinen, when asked how his healthy work ethic translates to his music. “I like to do everything myself, as much as possible. When I’m working with an artist, I’ll play the drums, the bass, the guitar. I want to mix it, and if I can, I want to master it. I want to work until it’s done. I’m not lazy about anything, and I want to do it right. And if it’s not right the first time, we’re going to have to do it over again.”