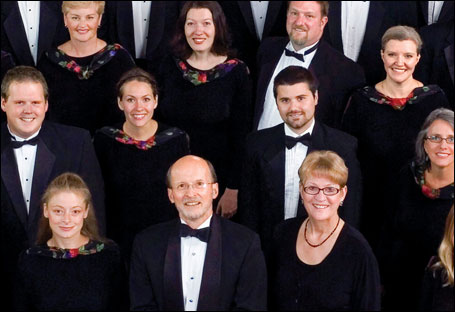 Courtesy of VocalEssence
VocalEssence conductor Philip Brunelle, front, and some of his singers.

For a lot of people, the urge to take in a choral concert comes but once a year — at Christmas time. If you’re one of those people, the urge may well strike this weekend. Rest ye assured that a choir near you stands ready with tidings of comfort and joy.

The holiday concert season is just beginning, but in a quick check of three online calendars, I counted no fewer than 29 metro-area choral events scheduled Friday through Sunday. The headliners are the 96th annual St. Olaf Christmas Festival, the annual Welcome Christmas! concerts by VocalEssence, which date to 1977, and a relatively new tradition, Christmas with The Singers.

Matthew Culloton founded The Singers (full name: The Singers — Minnesota Choral Artists) three years ago, recruiting members of the disbanded Dale Warland Singers to form his nucleus. Culloton and the group have earned a respectable following in that short time, but Christmas remains a big challenge.

“It is easily the most difficult concert to program as far as I am concerned. It just keeps me up at night,” he says. “I get e-mail from people saying this is how their Christmas season starts and it’s so important to hear the familiar carols. There’s so much tradition and so much personal meaning.”

And that creates difficulty because…?

“It’s different from how I usually do my programming,” Culloton says. To focus on the familiar would not “stay true to our mission. We’ve premiered more than 30 pieces in our first three years.” 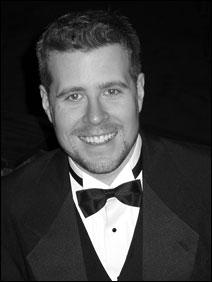 Thinking outside the Bach
Conductor Philip Brunelle is accustomed to that conflict. Since 1969, he has introduced Twin Cities audiences to new and unfamiliar music as artistic director of VocalEssence (formerly the Plymouth Music Series). “We’ve always promoted music for chorus outside of the 10 or 12 warhorses — Handel’s ‘Messiah,’ the Brahms Requiem, the Bach B Minor Mass. Nothing against them, but they don’t need a champion.”

Still, echoing Culloton, Brunelle recognizes that Christmas is unique. “It’s unlike any other season. People want to hear their favorites. My challenge is to present them in a fresh way.”

For both conductors, that often means putting the old wassail in new flagons; they seek out interesting, new versions of tried and true carols. “There’s a great deal of substance in the carols; they’re our anchor,” says Culloton. “The hard part is finding arrangements of substance.”

Both conductors also seek balance, mixing old and new in equal measure. For The Singers’ Christmas concerts, Culloton will ease his audience in and out with carol sets that include “Away in a Manger” and “Silent Night.” In between comes the more novel material, featuring a world premiere — “Gloria” by composer-in-residence Jocelyn Hagen. You can listen to clips from The Singers’ “Shout the Glad Tidings” CD here.

In the VocalEssence program, Brunelle has surrounded two relatively long, contemporary pieces with short carols. Anticipating Minnesota’s sesquicentennial, he chose the carols to represent the countries from which many of the state’s immigrants have come. The modern centerpieces are “The Most Beautiful Rose” by Norwegian Egil Hovland and the world premiere of “Love-Song Serenade” by American Conrad Susa. VocalEssence will also unveil the two winning compositions from its 10th annual contest for new Christmas carols.

Outreach opportunity
In a sense, the Christmas concerts become an outreach opportunity for both of these groups. “People who never go to another choral concert come out of the woodwork at Christmas,” says Culloton. “So it’s a great time to distinguish who we are and define ourselves. It’s a positive thing.”

At the same time, this area has more than its share of ears eager for novelty. Culloton readily acknowledges that he is drawing on an audience for choral music that’s as sophisticated as you’re likely to find anywhere in the United States, thanks to a decades-old tradition nurtured by the likes of Philip Brunelle.

Brunelle knows that, too. “We’re so blessed here,” he says. “People here do love choral music. We don’t have to convince them. It makes our job easier. By the same token, it means we must be very diligent to do the finest work we can do because people expect that. That’s our great joy.”