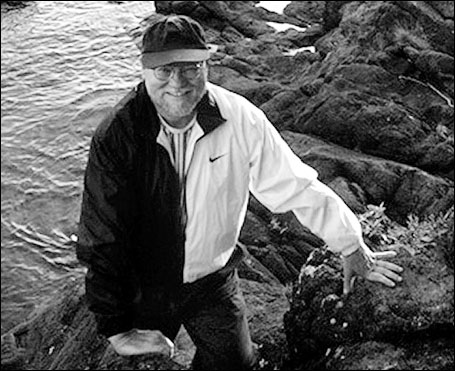 Photo by John Gregor
As nature writer Paul Gruchow (above) aged, says author Bill Holm, “his essays and his thinking and his speeches became more like Thoreau.”

There are two ways to honor writer Paul Gruchow. One is to turn off all the electronic distractions and head outside for a long walk, preferably somewhere quiet and wild. Another would be to check out “The Grace of Grass and Water” (Ice Cube Press), a new collection of essays by some of the best regional authors, many of whom considered Gruchow a friend and inspiration.

“He left us earlier than all of us would have liked. He had a lot left to say, and this is a way to keep his work going,” said Thomas Dean, the book’s editor. A final essay from Gruchow is included, and Carol Bly, Jim Heynen, Bill Holm, Mary Pipher and others contribute pieces that are less about Gruchow than inspired by his sharp humor, extensive knowledge of natural history and deep love of wild places.

Gruchow, a victim of depression, took his own life in February 2004. His legacy includes five books (“Grass Roots,” “Boundary Waters”), and numerous speeches and essays about rural life and the relationship between humans and nature. (A memoir about depression was completed shortly before his death, and Milkweed Editions will publish it in fall 2008; those who have read it report that it’s both harrowing and funny.)

In particular Gruchow is known for his writing about the tallgrass prairie. After a stint in the Twin Cities, working as editor of the Minnesota Daily and news director at MPR, he took teaching jobs at rural colleges that allowed him greater proximity to the landscape in which he felt most at home. In doing so, he helped foster a conservation ethos in thousands of students. 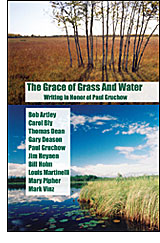 ‘Role model for all of us’

Bill Holm says that many regional writers consider Gruchow a mentor as well. “He was such a well-informed observer of nature and so talented that he was a role model for all of us,” he said. “Whenever I wrote about nature, I’d send my stuff to Paul and he’d correct my facts. I know nothing, and he was an extraordinarily acute observer of nature and of human beings’ relationship to it. He was invaluable to many writers in that way.”

Holm and the other writers in this volume argue that Gruchow deserves a larger reputation than he sought. Dean describes his friend as “very, very modest,” and the rural Midwestern landscape he wrote about doesn’t attract great attention in the world beyond.

This book is the next best thing.

Related talk
Bill Holm’s contribution to the book is an essay about the rising conservation movement in Iceland as that country trades its scenery for aluminum-smelting factories. He says Gruchow’s wit and observations of the interplay between people and their landscapes inspired the piece. Meanwhile, Holm has a new book out himself this month: “Windows of Brimnes: An American in Iceland,” in which he contemplates America’s culture and role in the world from the vantage of his second home in Iceland.

Holm will appear Nov. 29 at the downtown Minneapolis Central Library’s Pohlad Hall, 300 Nicollet Mall, as part of the Talk of the Stacks reading series. Call 612-630-6174 for more information.