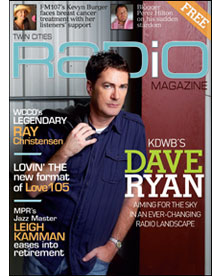 Twin Cities Radio Magazine has Don Shelby in a can, and it’s not sure when it will let him out.

The fledgling publication from Bloomington-based Metropolitan Media Group published two issues this fall and went on hiatus before a cover story on Shelby could roll off of the presses.

Metropolitan Media Group CEO Kenan Aksoz says the hiccup in production is the result of some “advertiser education” about the targeted readership, as well as a reassessment of the business model.

Original plans called for as many as nine issues of the magazine in 2008 with a press run of 100,000 copies. Aksoz now says it probably will reappear as a quarterly with half as many copies being distributed at partner retailers such as Holiday Stationstores and Borders.

“When you put 100,000 copies of a glossy-covered magazine out there, your cost structure is pretty high. You need a certain amount of advertising not only to cover that, but to be profitable, too,” Aksoz says.

Advertisers in the first two issues received discounted rates that he was unwilling to continue offering. About half of the advertisers were crossovers from Metropolitan Media Group’s 14 lifestyle publications. No radio stations advertised in the inaugural issues (Why buy the milk when you can get it for free?) but Aksoz maintains that they remain prospective advertisers.

Editorial content for the first two issues followed the fluffy feature format of the company’s lifestyle publications, which focus on various Twin Cities suburbs and the local “celebrities” who live in them. “There will be some tweaking editorially, but it’s not going to be an overhaul,” Aksoz says.

Editor Bridgette Bornstein, who left her job as a WCCO-TV news reporter last summer to run the magazine, says she hopes to venture beyond profiles of local on-air personalities. Bornstein was a reporter with KSTP for three years and WCCO for another six years.

Chatter about Twin Cities Radio Magazine on area blogs includes questions regarding the viability of a magazine that only covers the local radio industry. “The Radio thing sounds like a promotional vehicle for local radio to buy ads in exchange for craven puff pieces featuring their on-air ‘talent’ that only people in the biz will read,” wrote one poster on The Rake magazine’s blog by Brian Lambert and Deborah Rybak.

Indeed, the line between editorial and the magazine’s mission does get blurry when you factor in the participation of Marketing Architects, a Minnetonka-based company that creates radio advertising campaigns for a national list of clients and brings those advertisers and radio stations together. Aksoz credits Marketing Architects CEO Chuck Hengel with developing the concept for Radio Magazine and says the group is a 50 percent partner in the project financially.

Hengel says his objective in creating and backing the magazine is to promote an industry that often is unduly tarnished. “Radio, to most people, is an old friend, and it’s underappreciated because that’s what you do with old friends,” he says. “Media coverage of the industry is mostly negative, yet radio reaches 95 percent of adults.”

While emphasizing that he has no control over the magazine’s editorial content, Hengel openly admits that it is designed, in large part, to promote the 33 radio stations that serve the Twin Cities market. In fact, the magazine’s letterhead carries the tagline, “Amplifying local radio.”

For now, anyway, it will be amplifying the local radio scene a little less often.