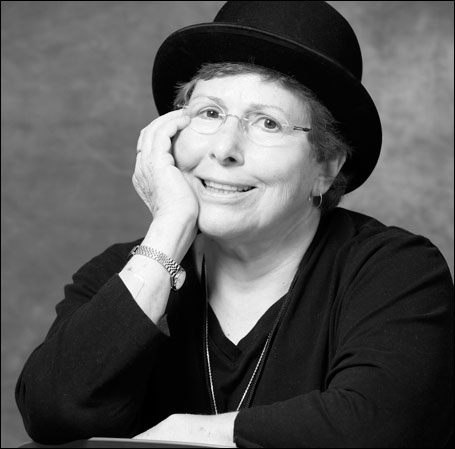 Photo by Mike Habermann
Barbara Fields’ adaptation of “A Christmas Carol” is in its 33rd year at the Guthrie.

More than 30 years ago, a young literary manager at the Guthrie Theater was handed an assignment to work up an adaptation of the beloved Charles Dickens novella, “A Christmas Carol,” for a short, simple, money-making holiday show.

In her research, Barbara Field learned that Dickens also had written the fable as a quick money-maker and that he later exploited its huge success by touring with dramatic recitations of the story. So she decided to frame her adaptation with Dickens feverishly writing his book while his family nags him on Christmas Eve. Dickens then reads his first draft to the audience, falling into the role of narrator as the story unfolds on stage. The tale ends in time to serve Mrs. Dickens’ plum pudding.

As it turned out, Field had the same experience as Dickens did with “A Christmas Carol” — namely, astonishing success. The Guthrie is currently staging its 33rd annual production, and Field’s adaptation has received annual productions at theaters in Louisville, Kansas City, Chicago and elsewhere.

It’s the God-bless-us-every-one equivalent of a cash cow.

So why mess with a good thing? Over the years, I’ve seen about a third of the Guthrie’s productions, starting with the second one in 1976. Theater is a collaborative art, so it’s not surprising that every production had its share of tweaks. But it had been at least a decade since I’d seen the show when I attended a matinee performance during the recent Thanksgiving weekend — and discovered that a lot more than tweaking has been going on.

‘Kill the elves’
Seven years ago, when Gary Gisselman began his reign as the show’s director, he called Field to talk about the script. “The first thing I said was, ‘Kill the elves,’ ” Field recalls, referring to sprites that had apparently migrated into the show, like escapees from a production of “A Midsummer Night’s Dream.”

Field and Gisselman, both seasoned veterans of the local theater scene, established a close collaborative rapport. The result, they say, is a show that somehow has evolved into a blend of an annual work in progress and a reunion of professionals — such as music director Anita Ruth and choreographer Myron Johnson — who have a long history of working together.

“The play has significantly changed, and I love it,” Field said. “We learn more about it every time we do it.”

Gisselman says he approaches the production the same way every year.

“In June I look at the archive tape we made during the last rehearsal of the previous year,” he said. “I slap myself and say, ‘What was I thinking?’ and then I call Barbara and we go over the script.”

Sneak preview of the Guthrie’s “A Christmas
Carol.” (Video courtesy of Guthrie.)

Evolution of ‘Carol,’ Scrooge
What has changed? Well, Dickens and his family are gone and the narration is now handled by members of the acting ensemble — something Gisselman credits to seeing a production of the daylong version of “Nicholas Nickleby” several decades ago. “We’ve tried to make it a piece of theater rather than literature put into theater,” he said.

More material has been mined from the book and from other sources to offer further background on the life of Ebenezer Scrooge. Some of it is from the Dickens novella, but some isn’t. For instance, a flogging scene to show the misery of Scrooge’s youth is out of “David Copperfield.” And scenes with a young Jacob Marley, including the downfall of their kindly master Old Fezziwig, were inspired by scenes in the 1951 British film version of the story that starred Alastair Sim. The character of Belle, the woman whose love is spurned in Scrooge’s pursuit of wealth, was only a passing figure in the novel; now their courtship is a major hunk of the first act.

The changes are not all additions. In this year’s version, the second-act scenes in the Cratchit hovel and at nephew Fred’s Christmas-day party have been merged into overlapping and contrasting tableaus. Nip and tucks abound. And instead of a pre-recorded musical score, the actors sing period carols and actor Mike Kissen (how could the show survive without him?) bridges scenes with fiddle playing. 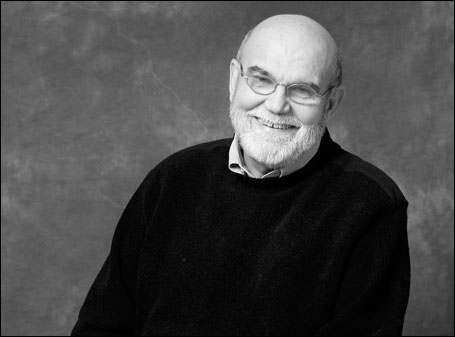 Photo by Mike Habermann
Gary Gisselman says he looks forward to directing “A Christmas Carol” every year, but he’s “not exactly sure why.”
“Anita went back to the old Oxford book of Carols,” Gisselman explained, referring to Anita Ruth, who was his longtime music director during the decade he headed Chanhassen Dinner Theatres.

“I’m sure the Guthrie loves that, because they don’t have to pay royalties to a composer,” Field added.

Some things aren’t so good. The “new” set dates from the last time I saw the show in the 1990s, when John Gielgud’s recorded, disembodied voice opened the narration in an effect that was altogether unnecessary. The set, equally unnecessary, is an unremarkable paneled thing, like the interior wall of a British gentleman’s club, and not nearly as imaginative as Jack Barkla’s original set from the 1970s. The special effects, however, are terrific.

No longer drudgery
But what clearly has changed for the better is the heart of the Guthrie’s “Christmas Carol.” The actors — and, by extension, the theater — clearly love doing the show. That wasn’t always the case. There was a time, in fact, when performing in “A Christmas Carol” was seen as drudgery.

“I look forward every year to doing ‘Christmas Carol,’ but I’m not exactly sure why,” Gisselman said.

When you see the show and the joy that’s going into it, you know why.

Even Dickens viewed ‘A Christmas Carol’ as a cash cow