One might imagine that the business of writing requires solitude, a room with a view, or at the very least, complete silence. Not so, say some Twin Cities authors, who prefer to write at coffee shops, restaurants and even bars. You may occasionally see the product of all this caffeine, printed and bound, on the counter with a note: “Written here!”

“The Cellini Masterpiece,” by Raymond John (aka John Anderson), was written at Cuppa Java in Minneapolis. The Coffee News Café in St. Paul is a writers’ hot spot, hosting poet Stephen Burt (“Shot Clocks”), Ander Monson (“Neck Deep and Other Predicaments”) and others. Even Matt’s Bar offered a booth to mystery writer K.J. Erickson (“Third Person Singular”), although the staff didn’t realize Erickson was working there until her book came out. “She didn’t draw any attention to herself, just came here and ordered and wrote — kind of like J.K. Rowling, the Harry Potter gal, did [in coffee shops],” recalls longtime Matt’s employee Cathy Nelson. The bar hosted a reading when the book came out.

Caffeine isn’t the only stimulant

“There’s enough stimulation here to keep their imagination going,” says Doug Hinderaker, owner of the Dunn Brothers coffee shop on Grand Avenue in St. Paul. The espresso machine roars behind him. “If they wanted a quiet place they’d stay home.” This Dunn Bros., the franchise’s original location, has served numerous writers over the years. Steve Kinsella’s “900 Miles from Nowhere” was written there, as was the text for Chris Faust’s new book of photography. Novelist Bart Schneider (“Blue Bossa”) is a regular.

“Why did I write there? The anonymity, knowing the other people but not knowing them, no one bothering me, not being asked to leave my table, but not having to be at home,” she recalls. “Writing at home, as I do now, is hard, and you have to be with yourself all the time, which gets maddening and frequently dull. Hour after hour with yourself and your words and your brain.

“The scenery never changing except with the seasons, nothing moving except a bird outside the window. And when you want more coffee, you have to make a new pot. In a coffee shop, you are alone in a crowd. I have always found it very comforting and peaceful, the way I find New York very comforting and peaceful. I find it easier to write in white noise, with motion around me. It helps me think, for some reason gives me a little focus.” 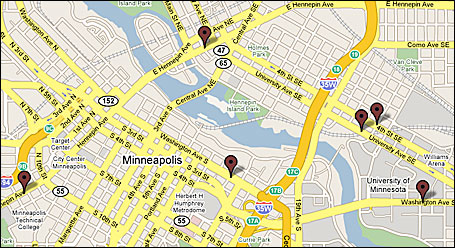 Like-minded company doesn’t hurt, either. Nina’s Coffee Café cultivates its writer patrons, says owner June Berkowitz. The café’s location, upstairs from Common Good Books, certainly helps, as does the fact that storyteller and radio personality Garrison Keillor, owner of the bookstore, can be seen writing there from time to time.

“We have an awful lot of writing going on here. It’s a very creative, very productive environment,” says Berkowitz. Writers regularly gather to read or have workshops, and several NaNoWriMo participants gathered last month at Nina’s for write-ins.

All that camaraderie can pay off. “A while back a writer brought his self-published book downstairs [to Common Good Books] and asked if they would carry it,” says Berkowitz. “They said, ‘Leave a copy and we’ll let you know.’ Then he mentioned that he wrote it at Nina’s, and they said, ‘Oh, then leave six. We’ll sell them.'”

NaNoWriMo update
And the tallies are in! According to the National Novel Writing Month’s Word Count Scoreboard, Twin Cities NaNoWriMo participants out-produced every region in the world except for the much larger Seattle and Maryland (D.C. area) communities. A total of 13,059,537 words were generated by Twin Cities writers participating in last month’s great novel-writing marathon, with an average of 28,267 words per novelist. The goal was 50,000, which means most participants didn’t “win.”

N. Jeanne Burns gave up early, as school deadlines intervened. “I’m glad I did it, even though I didn’t finish. But I will finish this novel before next November, and start (and finish) another one next November,” she vowed. Those who did pull off the 50K (including many of the writers Burns joined for Thursday night write-ins) get to participate in NaNoEdMo — National Novel Editing Month. Or, as some call it, 31 nights of sitting in front of the TV, letting someone else tell the story.