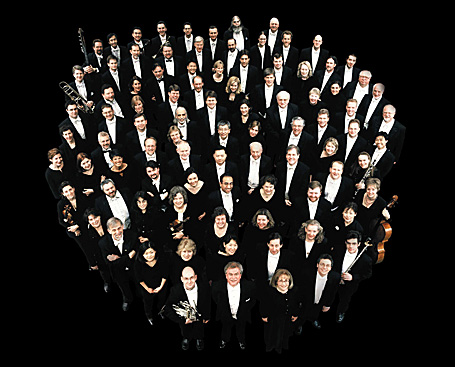 Photo by Ann Marsden
A Minnesota Orchestra recording is nominated for a Grammy.

As children of distant fathers, we Minnesotans crave attention. And when we manage to get some, we reflexively imagine our father’s quiet but firm voice reminding us to turn aside the compliment: “Well, it’s really not that big a deal,” we dutifully recite.

Cultural norms notwithstanding, reliable reports from Orchestra Hall say folks there are “thrilled” over the Grammy Award nomination announced last week. The Minnesota Orchestra’s recording of Beethoven’s 9th Symphony with Music Director Osmo Vanska (also featuring the Minnesota Chorale and four solo vocalists) has a chance to be chosen as Best Orchestral Performance. You can listen to clips from the recording here.

“The players are tickled,” says Gwen Pappas, the orchestra’s director of public relations. “This is really a feather in their cap.”

Here’s a case where “Distant Dad” may find it harder than usual to tamp down those emotions before anyone gets too carried away. But he has conventional classical music wisdom on his side. You see, in the classical business it’s hard to find anyone who takes the Grammys very seriously.

“I can’t imagine classical people care that much about it, except that it makes nice copy,” says Tim Smith, classical music critic for the Baltimore Sun and president of the Music Critics Association of North America.

Smith himself will pay attention if someone from the Baltimore area gets a Grammy nomination (as is the case this year with guitarist Manuel Barrueco). “But I can’t imagine it means anything. If the awards themselves made a bigger deal about [the classical categories] it might,” he says.

The role of classical winners in the nationally televised hoopla, which will be seen Feb. 10 on CBS, is usually limited to brief tape clips. The classical awards are handed out in a separate ceremony.

Artistic merit
Years ago, you could count on a few classical critics to pay attention of a certain kind. They would raise the perennial complaint that the classical Grammys have little to do with artistic merit. They would argue that too many voters, lacking familiarity with classical music, made choices based largely on name recognition. The classical choices should be turned over to specialists, they said.

The National Academy of Recording Arts and Sciences has not made any such change in the Grammy voting process but, looking at the slates in the top classical categories, Smith doesn’t find much problem with this year’s nominees. “It looks like a reasonable cross-section with decent quality,” he says, noting in particular a couple of out-of-the way selections. “There are still an awful lot of classical recordings that come out every year. It looks like someone’s paying attention.”

Then he adds this: “I can’t imagine it sells a single classical album.”

A boost to the bottom line?
But Gwen Pappas can. “The nomination could serve as a nice, unanticipated sales boost,” she says. “One issue when you’re dealing with one of the most-recorded symphonies in the repertoire is looking for distinguishing elements. The reviews of our Beethoven 9th have been strong but a Grammy nomination sets you apart.”

In the first nine months of its release, ending in July, sales figures for the Beethoven 9th CD reached 14,000 (not including downloads), says Pappas. In the classical field, where selling 10,000 in the first year is considered respectable, that progress report should justify a little excitement on Peavey Plaza.

Once again, let’s not get carried away. The benefit barely shows up on the Minnesota Orchestra’s bottom line. “The orchestra annually receives an average of about $15,000 in recording royalties from all of its recordings,” including its three recent Beethoven discs and several others, Pappas says. “Our annual budget is around $30 million — so clearly it is not a huge revenue line.”

In fact, recordings lose money. Royalties don’t begin to offset musician fees and other recording expenses. According to Pappas, it has cost the orchestra between $150,000 and $200,000 to create each Beethoven CD. “The reason this or any orchestra makes recordings is that it’s a visibility game and a reputation-building game,” she says. “Recording and touring are expensive endeavors but we’ve made it work over the last several years through grants from anonymous donors.”

Smith agrees that orchestras ought to make recordings. “In a small way it validates and documents what you’re doing. It’s still valuable.” But to him the status of the classical Grammys reveals a sad truth about the classical recording field: “It just isn’t valued,” he says.

In company with the best
On the other hand, Pappas sees particular value in last week’s Minnesota Orchestra nomination as a measure of the organization’s progress. Unlike the four Minnesota Orchestra recordings that won Grammys under previous music director Eiji Oue, the Beethoven 9th CD is placed “in a high-profile, competitive category. Before we were in categories such as Best Classical Contemporary Composition, where the award really belongs to the composer, or Best Engineered Album, which goes to the recording engineer.

“Even if the process is somewhat flawed, it’s still the most serious nod from peers that we’ve got in this country,” adds Pappas. For classical recordings, the most significant alternative to the Grammys is based in the United Kingdom: the Gramophone Awards, decided by critics who write for “Gramophone” magazine.

“There are a lot of outstanding recordings released. To be listed as among the best is an important accolade and nice company to be in,” Pappas says.

In spite of all that, Vanska does not plan to keep company with other Grammy nominees when the awards are handed out in February. It’s not that he prefers to deflect the attention. He has booked the date to record the Minnesota Orchestra’s next CD — “To Be Certain of the Dawn,” an oratorio completed in 2005 by Twin Cities composer Stephen Paulus.