For 21 years, Ann DeGroot led OutFront Minnesota in obtaining social acceptance and legal protections for gay, lesbian, bisexual and transgender individuals — gains she says were once “only a dream.” 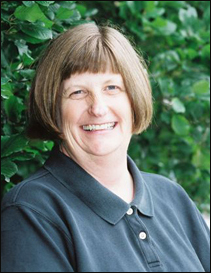 DeGroot, the organization’s executive director and one of its founders, has announced she will leave the job Feb. 8 for personal reasons.

She will leave buoyed by her belief that a less contentious political climate for GLBT issues lies ahead. That comes after three intense years of successful lobbying against a proposed amendment that would have put the question of banning gay marriage on the Minnesota ballot. “We’re not going to the Capitol anymore,” at least now on that issue, she said. She is heartened, too, by significant gains over two decades in acceptance of gay couples and a move toward equality in workplaces and communities.

Changes in attitudes
“The No. 1 thing is just having seen all these people come out for the GLBT community,” she said. “Lots of Minnesotans’ attitudes have changed, which makes me feel hopeful. Not everything is done, but we’ve come very far, very fast.”

Much faster than she’d have guessed in 1987, when she and others created the Gay and Lesbian Community Action Council, predecessor to Minneapolis-based OutFront Minnesota. The organization coordinates social and community services to the GLBT community, such as violence prevention, legal advocacy, education and referral to services.

DeGroot played a key role in the battle over the proposed vote on gay marriage and has fostered understanding of gay and lesbian issues across the state, said Jane Eastwood, vice chair of OutFront Minnesota’s board. “There was tremendous education of other organizations — helping them to be aware of and sensitive to the GLBT community.” That included working with other service providers, along with “being on the front lines — helping a transgender person or someone who had been battered by a partner,” she said.

DeGroot resigned from the job to spend more time with her 7-year-old son, Andy, and her partner, Rhonda Lundquist, who has battled ovarian cancer but is “doing well,” DeGroot said.

Next on the agenda
As she prepares to leave, how does she judge the status of the GLBT “dream”? She is “stunned,” she said, at what has been accomplished. What’s next on her wish list? Continuing to make strides and gains, creating awareness of who GLBT people are, helping people to understand how a broad gay agenda encompasses community goals, too (good schools, safe streets and children’s health care, for example), and laying more groundwork for gay and lesbian people to come out.

“There are plenty of people in Minnesota who do not feel comfortable coming out yet for a variety of reasons,” she said. “Maybe they’re concerned about what it will mean in their families, or that they may lose their jobs, or they’ve been closeted for long time. There are a million reasons people have to be afraid.”

OutFront Minnesota’s job is to make coming out something every non-heterosexual person can do, she said. “So they don’t have to hide what they are.”