Almost everybody loves a movie and a bag of popcorn.

Well, OK, some love them more than others. They’re the ones who’ll be able to spew out all the names of films, actors and directors on the list for the 2008 Academy Awards nominees, announced this morning in Los Angeles. Some might know all the Minnesota connections to Oscar contenders “Juno” (with four nominations) and “No Country for Old Men” (with eight). 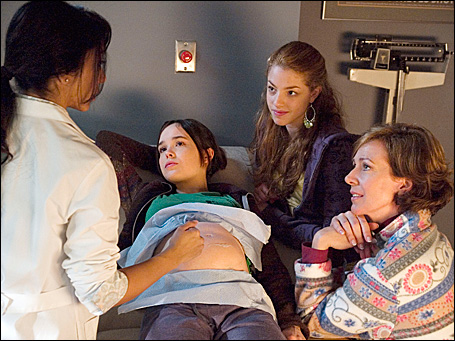 And, they tend to be some of the same people responsible for creating a growing phenomenon: movie clubs.

Google that pair of words, and you’ll pull up an exhaustive list of services inviting consumers to rent or buy popular movies. But that’s not what we’re talking about. A newer wave is movie clubs akin to your book club: a bunch of people who get together regularly to talk about — and sometimes to watch together — a movie they’ve all agreed to see.

Take the Film Roundtable, for example, a group that has grown to two-dozen members since it began gathering once a month more than 10 years ago, said Catherine Johnson, a Twin Cities artist who founded the group with a friend, the late Jane Matteson. That first year, participants celebrated Oscar Night by donning formal dress to watch the ceremonies on TV at a black-tie event they arranged at a restaurant.

Monthly meetings
About 15 in this eclectic group, whose ages range from 30-something to 80-plus, typically show up wearing regular clothes for monthly discussions that rotate from one member’s home to another on a weeknight. A vital order of business: picking by popular vote a film showing in area theaters that each will plan to see before the next meeting.

They gather over soft drinks, wine, licorice — and popcorn. Sometimes the fare is more substantial, themed at times to the month’s movie choice. Soup was the entree two years ago when the night’s focus was “Brokeback Mountain.”

But when it’s time to talk about a movie, this group’s essence is anything but superficial. “People want to have a discourse, a real dialogue, because any great film will resonate,” colored by the “lens” of experience each participant brings to it, she said. Take “The Diving Bell and the Butterfly,” the movie the group discussed this month. “It brought up tremendous fears about dying,” she said. “And what is life, and what is love?” Sometimes there’s discussion of technical aspects, too, she said. “How did they make this film? â€¦ And a discussion in terms of what was effective.”

Secret ballots of their own
On Oscar Night, the Film Roundtable will gather to fill out secret ballots with their guesses for Oscar winners. The one with the most-correct choices will take home a pot consisting of a $1 contribution from each participant. What they probably like more, Johnson said: “Seeing how many of the movies we chose to talk about as a film group win awards.”

Much like popular book clubs, there’s no anchoring institution keeping track of how many movie clubs are out there or where they are. But ask around, and you’ll likely discover that someone you know is in one.

Jim Schoessler just joined the pack. He and roughly a dozen male friends formed a club two months ago that meets monthly in participants’ homes to watch a rental movie of the host’s choice, munch on snacks and then launch a discussion. For them, film criticism isn’t a priority. “We have fun watching the movie and then talk about whatever we want to talk about,” said Schoessler, a recently retired lawyer who lives in Shoreview. “It’s an excuse to get together and socialize.”

Will they talk about the Oscars? “Not a chance,” is Schoessler’s first reply. Then he corrects himself. “Well, maybe. If anybody notices or remembers them.”

Correction: This post originally misspelled the last name of the late Jane Matteson. The name has been corrected here.

Are you a movie lover? Join the club