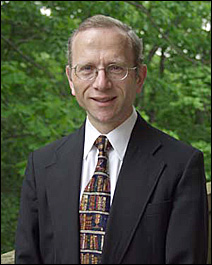 You might call these the days of wine and chocolate for American Jews. That’s how the Jewish Community Center in St. Louis Park is billing Saturday’s night’s appearance of one of the country’s most prominent Jewish historians, Jonathan Sarna.

It’s one of the rules of Jewish life (or of Upper Midwesterners in general?): If you feed them, they will come.

“Judaism has always thrived in its host culture,” said Rabbi Jonathan Perlman of the Sabes JCC, a co-sponsor of the event. “It used to be the only kosher wine was Manischewitz, and you ate chocolate only at Passover. That’s not true anymore. There are lots more possibilities. It’s possible to enjoy the sweetness of life in America.”

If that is the appetizer Saturday night, the main course will be the fruit of Sarna’s extensive research as professor of history and contemporary Jewish life at Brandeis University. The Forward newspaper called Sarna one of the 50 most influential American Jews, and he was a consultant for this month’s PBS series “The Jewish Americans.”

Historian to focus on ‘demographic challenges’
“We’re going to talk about demographic challenges,” Sarna said this week in an interview from Waltham, Mass. “Not only has the community begun to get smaller, but more interesting is the fact that without anybody noticing it, we’re seeing a tremendous consolidation of the Jewish community worldwide.”

Roughly 80 percent of Jewry today lives in the United States or Israel, according to Sarna. Half of the world’s Jewish population lives in roughly five major metropolitan areas. (The Twin Cities isn’t one of them.)

“The big story has been that as other major world religions — Catholicism, Eastern religions — have expanded, Judaism has actually contracted,” Sarna said. “As other religions more and more are going global, Judaism — in part because of the Holocaust — has cast its lot with big, first-world countries. We haven’t thought much about the implications of that.”

St. Paul and Minneapolis are a microcosm of the demographic realities. About 40,000 Jews lived here in the 1930s, according to Sarna. Roughly the same number — maybe less — live here now.

Should Jews be nervous about the zero population growth?

“It’s always good for Jews to be nervous,” Sarna laughs. “You have to be concerned about what happens to a community when its numbers begin to go down. You can lose morale. Look at mainline Protestantism.”

Intermarriage has diverted the ancestral lines of many Jewish families. More than a million Americans will say they had Jewish grandparents but aren’t Jewish themselves. And Jews reflect the worldwide trend in the developing world toward less than 2.1 children per couple.

Maybe that’s where the nights of wine and chocolate come in.

Sarna will have plenty more to say Saturday night, and in lectures Friday night and Saturday morning at Congregation Darchei Noam in St. Louis Park.