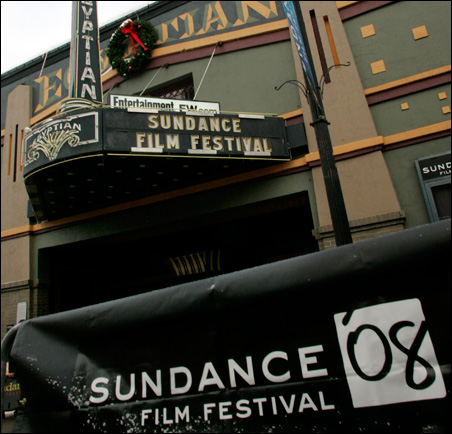 By now, 20-some years after Robert Redford turned the bases of Utah slopes into makeshift screening rooms, even the Sundance Kid himself will readily admit that his former ode to fringe cinema has long, long since ceased to be independent.

But if the Sundance Film Festival is these days largely a new-year marketing tool of Hollywood studios and their specialty divisions (Sony Pictures Classics, Paramount Vantage, Rupert Murdoch’s Fox Searchlight, etc.), there are always a handful of small, unknown movies — documentaries in particular — that make the trip worthwhile.

I speak from personal experience: On Saturday I’ll be heading to Park City for my, uh, 14th festival. This place has a sneaky way of turning one from a Sundance Kid into Old Man River.

In the good old days…
Indeed, I’m ancient enough to remember sitting cross-legged on the floor of a jam-packed Park City Library, no more than two feet from the screen, back when Jersey boy Edward Burns’ ingratiating sitcom “The Brothers McMullen” (1995) — now largely forgotten, and justly so — persuaded industry bigwigs to bring their bidding wars to Utah. Now you can’t sit on the floor of the library. Matter of fact, you can barely get into the library for a movie anymore unless you have the right badge. (I never do.)

Speaking of the library, site of many an old Sundancer’s memory, I can recall spotting John C. Reilly in a parka on the library steps in 1996 and striking up a conversation with him. Actors were accessible back then. We had met in Minneapolis a couple of weeks before, when he came through on a press tour for “Georgia,” now largely forgotten, and unjustly so.

At Sundance, Reilly told me to make sure I saw a film called “Sydney,” directed by some unknown kid in his 20s named Paul Thomas Anderson. “Mark my words,” he said, and I did. “He is going to be a major force in movies for the next 50 years.” Anderson’s monumental “There Will Be Blood” finally bears out that comment.

The history of Minnesota filmmakers at the festival is hardly undistinguished, although, thanks to the Coen brothers, that history peaks early: In 1985, their first film “Blood Simple”  screened at Sundance — then known as the U.S. Film Festival — and won the top prize. My only memory of the Coens in Park City dates from a dozen years later, when I was one of 1,200 people thumb-twiddling in the huge Eccles Theatre for more than an hour, waiting for the start of a “secret screening” that everyone knew was the brothers’ follow-up to “Fargo.” This was the year when blizzard conditions in Utah had festival-goers tunneling through snowdrifts to find theaters.

The story, now Sundance legend, is that the Coens’ “The Big Lebowski” had been finished only days before; the print was coming “wet from the lab,” as they say in the biz — traveling in this case over thin mountain passes stuffed with thick snow and laden with black ice. Eventually, the print arrived, Joel and Ethan Coen took the stage to mumble their characteristic nothings, and “The Big Lebowski” began. By the time it was over, I was sure I had seen the brothers’ best movie by a wide margin — and, for me, so it remains.

Turning point for Minnesota
Another Minnesota-based Sundance vet, IFP Minnesota’s executive director Jane Minton, thinks of 1987 as a key year for our state. David Burton Morris’s low-budget, memorably lewd comedy “Patti Rocks” played in Park City and convinced the industry that you didn’t need to be named Joel or Ethan to make a movie in Minnesota.

“When ‘Patti Rocks’ got in [to Sundance],” Minton recalls, “that marked the beginning of the recognition that we can make films here in Minnesota, and those films can get national attention. Since then, films like Patrick Coyle’s ‘Detective Fiction’ have brought a lot of respect and attention. Christine Walker has done really well at Sundance as a producer [of the Harvey Pekar biopic ”American Splendor,” the Bukowski adaptation ”Factotum,” and others] and has made a lot of connections there. It’s such a gathering place. It’s a way for us to get people from L.A. and New York to meet our filmmakers and help them move outward, help them get out into the world a bit more.” 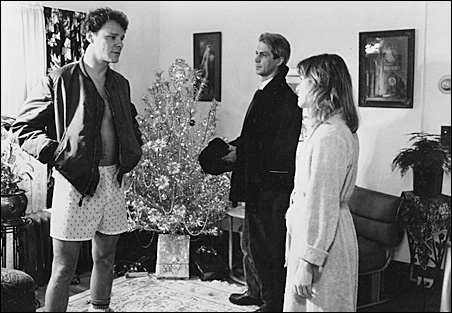 FilmDallas Pictures
In 1987, “Patti Rocks” convinced the film industry at Sundance that you didn’t need to be named Ethan or Joel to make a film in Minnesota.

When I ask Minton to sketch the relationship between Minnesota and Sundance, she smartly rephrases the question. “I think it has been not a relationship so much as it has been a lofty goal for filmmakers here. Sundance has always been the Holy Grail. It hasn’t been that often that a filmmaker [from Minnesota] has gotten in. But when they do, it moves their career forward and their film forward. It’s a huge deal to get into Sundance and an important goal for people to try to go for.”

Other Sundance vets from Minnesota that this old critic can remember: Garrett Williams, whose gritty and beautifully made film noir “Spark” debuted in Park City before opening the Minneapolis/St. Paul International Film Festival in the late-1990s; the late, great Sarah Jacobson, whose “Mary Jane’s Not a Virgin Anymore” faintly fictionalized her tenure behind the popcorn machine at the Uptown Theatre; and the also late, also great Mitch Hedberg, the standup comic who brought a so-so farce called “Los Enchiladas!” to the festival in ’99, just to name a few.

Blinded by the Hollywood lights
Has it become tougher for a Minnesotan to crack the Sundance code?

“Absolutely yes,” says Minton. “It’s a different festival now. Of course, you can’t go, ‘Oh, I wish it was like it was in 1992.’ That’s unrealistic. But in the early ’90s, up until maybe 2002, it was really about filmmakers being in a community, about people working closely with filmmakers to bring recognition to their work.

“For me, Sundance started to change the year that they shut down Main Street because Britney Spears was in town,” Minton laments. “She wasn’t even in a movie! All these corporate marketers would set up their booths with this elaborate swag, hoping celebrities would come in and get their pictures taken with these products, whatever they were. You couldn’t get access to the filmmakers anymore — unless you were a filmmaker or a buyer or a celebrity. Sundance has catapulted incredible films into theaters over the years. But now, for the average person to go there and dig in deep, it’s just not possible anymore.”

True or not, this year’s Sundance roster — more than a hundred features and countless short subjects — lacks a single title by a Minnesota-based director. Which is a shame for many reasons, not least of which is the fact that, as Minton explains, the ongoing writers’ strike will likely turn the 2008 Sundance into a feeding frenzy for product-seeking Hollywood sharks. “Because of the strike and the work stoppage, everybody is going to be looking for content — everybody and their uncle,” Minton says.

Might some of these uncles trudge to the tippy-top of Main Street for the Slamdance Film Festival, the dozen-year-old alternative to the former alternative, now established enough to be known as the place where the dance-kids documentary “Mad Hot Ballroom” was sold for big bucks to Paramount? If so, they’ll find two Minnesotans — director Sam Thompson and writer Tucker Dryden — with a comedic horror short called “There’s a Werewolf in My Attic!”

Stay tuned here to see whether a full moon in Park City turns a Midwest “Werewolf” into a Hollywood party animal.