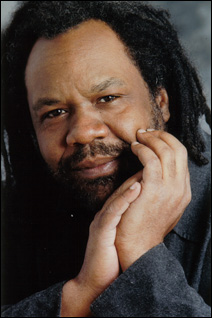 With Barack Obama neck and neck with Hillary Rodham Clinton after Super Tuesday, the world is a step closer to becoming a different place, says author Alexs Pate, who is certain that one thing about to change is African-American literature.

“The very presence of an African-American on the political scene, vying for the highest office, is very profound,” Pate says. “This challenges the whole notion of what we do. The question becomes, what does it mean to be African-American if the president of the United States is African-American? What is the story that needs to be told, given that reality?”

This is just one of the questions Pate intends to address onstage with writer Randall Kenan in the first event in the three-part NOMMO African-American Authors series, which kicks off at 7:30 p.m. Thursday (Feb. 7) at the University of Minnesota. (NOMMO is the name of an African deity.) 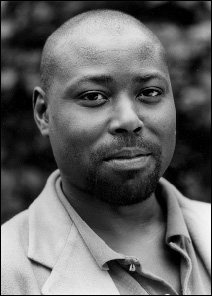 Subsequent lectures will feature poet Lucille Clifton and artist and commentator Amiri Baraka. Pate, a U professor and author of “Losing Absolom” and “Amistad,” will moderate the events, which are part reading and part discussion. The audience will be included in discussions of the realities affecting today’s black writers.

Publishing gap?
Pate is eager to take up some controversial topics on stage.

“I’m curious to see how other writers think about this. There were lots of writers who were being published in the ’70s and ’80s, who are not deceased, who are not being published now. They didn’t stop producing work, because if you run across them, you find they are still writing. But the appetite from the publishers for their work has waned. At the same time, there has been a rise in black authors being published. But what is the difference between these two? I would just like to know about this, what it means.” 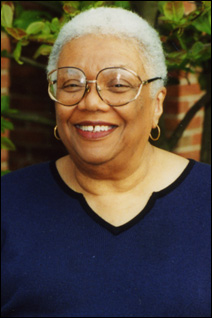 Pate wants the topic “to be onstage; not a backstage conversation. I want to talk about the nature of literature in our lives, and about society and literature’s response to it. If the world has changed, how does that play into our writing?”

The garden is growing
Randall Kenan, the youngest writer in the series, agrees that current events are shaping the work of his generation. His latest book, “The Fire This Time,” is a modern-day response to James Baldwin’s 1963 classic, “The Fire Next Time.”

“Like all American writers, I believe African-American writers are responding to the entire host of American ills and joys,” Kenan says. “As a citizen, it’s difficult not to be influenced by news of the world, both local and international. However, the imagination is a strange thing, and doesn’t always fixate on what’s screaming in the headlines. Sometimes what’s happening on page C-14 is much more compelling.

“The freshest thing,” he adds, “is that younger writers don’t feel compelled to write within a narrow garden, as previous writers saw as their duty.” 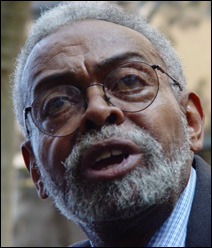 Blending memoir with piercing observations on contemporary black culture and society, “The Fire This Time” stands in contrast to Kenan’s fiction (“Let the Dead Bury Their Dead,” “A Visitation of Spirits”), in which dark humor and magic direct the fates of his characters. His characters inhabit a world that is both familiar and fantastical, drawn with complete assuredness and a post-modern sense of humor that sets him alongside other Generation X authors. Yet he tells their stories in a voice steeped in Southern Gothic.

“Randall is an elegant, elegant writer,” say Pate. “His work pushes you around a little bit, pushes you to think and open your mind, and to surrender to his voice, which is very powerful. But once you surrender, there’s nothing but beauty there.”