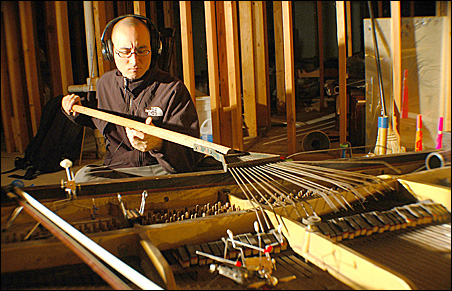 These are shining signs that Graffiti Research Labs is in town for the sixth-annual Spark Festival of Electronic Music and Arts. GRL will be projecting laser-generated art up to 25 stories tall beginning at 5 p.m. Members of Brooklyn-based GRL will be pedaling on bicycles, toting their “urban communication” gear. The tour begins in the east lobby of the Regis Center for the Arts, 405 21st Ave. S. There’s no cost to participate. (GRL’s previous work can be seen here, here and on YouTube.)

Elsewhere this week, the sprawling genre of electronic music will be explored and experienced in live performances in and around the University of Minnesota’s West Bank.

This genre has a starry-sky clutter to it, giving the impression of an infinite number of variations of music generated with computers and synthesizers. The bright pulsations of electronic music’s dance subgenres — Rave, House, IDM, Trance, Glitch, Trip Hop, Shibuya-Kei, to name just a few — inhabit a universe that’s also home to the industrial angst-pop of Nine Inch Nails, the oblique rhythms of German pioneers Kraftwerk and the now-kitschy “horror” of HAL, the supercomputer singing “Bicycle Built for Two” in “2001: A Space Odyssey.”

Sound of music
“Asking what electronic music sounds like is like asking what guitar music sounds like,” says Spark founder Doug Geers, a music professor at the University of Minnesota. “It varies wildly from musician to musician.”

What it all has in common is electronics. The gigantic synthesizers of the 1980s and earlier have been replaced by powerful computers getting smaller, thinner and faster with increasingly sophisticated software. 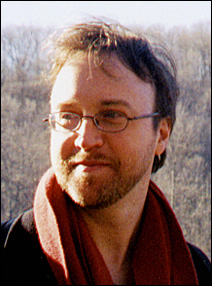 This year’s Spark embraces as much of the exploding electronic music cosmos as a small fest can. Through Sunday, Spark features concerts and art installations and aural-visual experiences embracing the convulsing, clicking brain-dance sounds of Richard Devine, the “acousmatic” pieces of ultra-spectralist Iancu Dumitrescu, and the electronic media art of Paul De Marinis, among others.  (“Hypnica,” by De Marinis, is a series of talking metronomes using the voices of hypnotists to lull listeners into trances.)

Geers says last year’s Spark drew approximately 5,000 people to concerts, lectures and exhibits. All of this year’s events are free, except for the nightly shows at the Nomad World Pub, 501 Cedar Ave. S. Admission to those performances is $3. A full schedule of shows can be found here.

Future examined
The future of the festival or electronic music isn’t entirely clear to Geers. He has passed on control of the booking of artists and speakers for the festival to others.

“I just feel if it’s going to survive and be fresh every year, it needs to reflect different points of view, different esthetics,” he says.

The genre itself, he guesses, will one day no longer be perceived as computer- or synthesizer-bound.

“In the future, I think the computer will be getting smaller and smaller until the computer is reduced to a chip that is on the violin,” he says. “And you may not even know it’s there, but the chip will be analyzing the temperature of the room, the humidity of the room; it might be sending signals to the walls to adjust angles for reflectivity, it might be raising or lowering the temperature of the room, add more reverb, things like that. Without us even seeing what’s going on. Sort of like computers have now vanished into our telephones. It used to be that a telephone was one thing and a computer was another, and now a computer is a telephone and a telephone is a computer.”

For now, the archetype of the electronic artist is one Geers cops to, somewhat ruefully and somewhat laughingly: the nerdy, white guy with bad posture hunched over a Mac he’s overly familiar with.

“This [archetype] is something we’re acutely aware of,” he says. “As a composer and as a curator, it’s something I know is not healthy for the culture.”

Geers points to the inclusion of avant-garde Romanian artist Ana-Maria Avram and Indian musician Parag Chordia, both performing in a free 8 p.m. concert tonight (Feb. 27) at Ted Mann Concert Hall, 2128 Fourth St. S., as evidence that the Spark Festival is making an effort to expand the electronic culture.