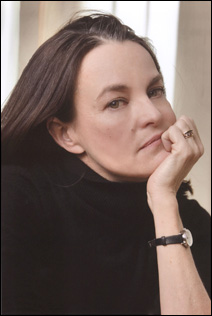 What do Frederick the Great, J.S. Bach, a senior member of a local law firm and well-known Minnesota composer Libby Larsen have in common?

The answer will be revealed this weekend when the St. Paul Chamber Orchestra presents the world premiere of Larsen’s new work for string quartet and string orchestra that carries the secondary title, “Evening in the Palace of Reason.”

The back story to this event is a bit complicated. It involves a commission with unusual specifications that also coincided with the publication of an intriguing book about a famous incident in musical history that took place in 1747.

The story begins in this century. In 2005, the colleagues of Lowell Noteboom at the Minneapolis law firm of Leonard, Street and Deinard were looking for a unique way to mark Noteboom’s completion of 12 years as the managing partner of the firm. Known in legal circles as a Renaissance man — he studied math and physics in college and took up the cello 25 years ago at the age of 40 — Noteboom’s support for classical music includes more than a decade as a member of the SPCO’s board of directors. He also plays in an amateur string quartet.

A gift with strings attached
So the firm commissioned a new work for the SPCO to honor Noteboom, stipulating that it must involve a string quartet. The composer approached for the project was Larsen, whose prolific activities began 35 years ago when she and Stephen Paulus co-founded the St. Paul-based American Composers Forum (in its modest early days it was known as the Minnesota Composers Forum).

At the time the commission was offered, Larsen was reading a new book, “Evening in the Palace of Reason,” and marveling at the compelling insights of its author, James R. Gaines. The book recounts the famous visit paid by Johann Sebastian Bach in the spring of 1747 to the Potsdam palace of Prussian King Frederick II (“The Great”). According to lore — and there are newspaper accounts from the time to back it up — Frederick picked out a musical figure on one of his pianofortes and challenged “Old Bach” to improvise a fugue on it.

Gaines speculates, with solid reasoning, that the whole thing was a malicious practical joke that had been hatched in advance by the king and his court keyboardist — Johann Sebastian’s talented son, Carl Philipp Emanuel Bach. The long, complex musical figure, with its central chromatic turn that the king had offhandedly plinked on the piano, was constructed to be as resistant to counterpoint as possible. Nonetheless, Bach managed to improvise a three-part fugue on the theme and then begged off any further elaborations by promising to tackle the subject more fully after his return to his home in Leipzig.

The result was “The Musical Offering,” one of Bach’s last great achievements — he died in 1750 — and one of the monumental works in the history of music. (You can listen to a performance of the piece here.)

Tipping point then and now
But Gaines’ account doesn’t stop there — for if it did, there wouldn’t be enough to fill a book. He characterizes that evening as the “tipping point between ancient and modern culture,” pitting Bach as the father of the late Baroque against Frederick, the son of the early Enlightenment.

“In music, as in virtually every other intellectual pursuit, the intuitions, attitudes, and ideas of a thousand years were being exchanged for principles and habits of thought that are still evolving and in question three centuries later,” Gaines wrote.

This argument resonated with Larsen, who believes that music today is “undergoing a change in the same proportions.” (You can listen to some of her previous works here.)

Her thoughts can get pretty heady, but here’s just one thing to consider: What’s the impact of a technology that is replacing music on the page — the written notes of the composer — with file sharing?

Larsen also has known Noteboom for many years and thought it would be interesting to create a work that reflects what she believes is his strong attachment to “organized, reasoned thinking and systems building.” Out of that, and Gaines’ book, is a work that she sees as a kind of homage to traditional counterpoint.

“I would say yes and no,” Larsen said. “Yes, in that I’m dealing with contrapuntal issues — more loosely than Bach would, but much more rigorously than most contemporary music would deal with it. And it doesn’t sound like Bach, because I’m using all the contemporary techniques available for strings. Tonally it has suggestions of tonal centers, but doesn’t follow the harmonic structures that Bach followed.”

Noteboom said he has talked with Larsen, but will hear the work for the first time Friday.

“All I told her was that I hope it includes a really sweet cello part,” Noteboom said.