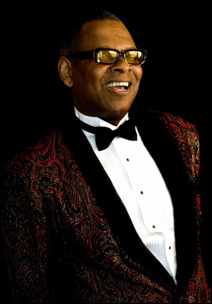 Starting in 1991, Philip Brunelle and VocalEssence have celebrated Black History Month each year by recognizing African-Americans’ contributions to the fine arts and our cultural heritage. They commission new works, program rarely heard works by black composers and send African-American artists into Minnesota schools.

The crown jewel is the annual WITNESS concert held at the Ordway Center for Performing Arts. In 2005, the concert explored the life of photographer Gordon Parks. In 2006, the centerpiece was an oratorio written by Hannibal Lokumbe to honor Rosa Parks.

Friends urged me to attend the 2006 concert, which I did, but I would have gone anyway the moment I learned Jevetta Steele would sing. The Ordway was filled with a diverse crowd — all ages, all hues. (The concert is held on a Sunday afternoon so kids can attend.) The whole house sang along to “Amazing Grace” and it was thrilling.

From present to past
The first half will explore the “Ellington Effect” — how contemporary black composers have been influenced by Ellington’s music. It will include works by six composers, several never before heard in Minnesota. William L. Banfield‘s “Deep Like the Rivers” was commissioned by VocalEssence and will have its world premiere here.

The second half will be staged as an old-time radio show devoted to music of the Duke. 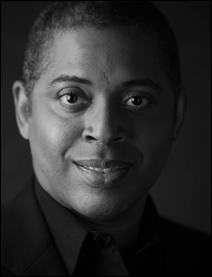 Why Ellington, and why a radio show? “There’s no question that Duke Ellington is THE great jazz musician, both composer and performer, but people don’t often think of him as being a composer of choral music,” explained Brunelle, VocalEssence’s founder and artistic director. “I wanted to bring that aspect of him to the community. I also wanted to tie it in with how he became well-known. That was, of course, through the radio.”

Radio made Ellington a household name. Broadcasting from the Cotton Club in New York City from 1927–31, he brought his music into homes throughout the country. You can hear recordings from original radio broadcasts here.

‘Timeless treasures in time-warp format’
Local opera legend Vern Sutton is writing the script, and Keith will provide the sound effects. The show will have commercials based on contributions by local high school students. Moore will play the role of “Dr. Jazz” and command the piano. Spears will sing, which is always a good thing. The band will feature many faces familiar to area jazz fans: Brian Grivna, Dave Graf, Mark Henderson, Gary Raynor, Kathy Jensen and Dave Jensen.

Sutton describes the radio show as “timeless treasures in a time-warp format.” It will incorporate part of a historic live interview that Leigh Kamman, former host of Minnesota Public Radio’s “The Jazz Image,” did with Ellington. (Kamman spoke with Ellington several times throughout his career.)

The music will be different from what radio listeners heard back then. “Those radio shows didn’t include his choral music,” Brunelle said. “That happened in different venues. So it’s obviously a created show, but it will bring that sense of how [Ellington] affected the community and engaged the community through radio.” 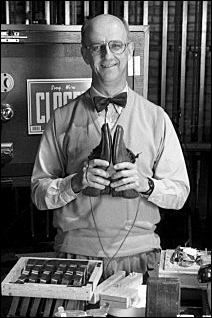 Several selections will be drawn from Ellington’s sacred concerts: “In the Beginning God,” “Come Sunday,” “It’s Freedom,” “David Danced Before the Lord with All His Might.” Ellington wrote “David Danced” as a work for chorus and tap dancer. For the WITNESS concert, Kaleena Miller, a 2007 Minnesota Sage Dance Award Winner, will put on her dancing shoes and perform live on stage, a first for VocalEssence.

And don’t worry, Ellington devotees: You’ll also hear “It Don’t Mean a Thing (If It Ain’t Got That Swing)” and “Take the ‘A’ Train.”

“Vern’s script is charming,” Brunelle said. “Vern is the master at this kind of thing.”

I had the opportunity to read a note Sutton wrote about his script. In part: “We lived in the middle of the country so the radio and the weekly double-feature at the neighborhood movie palace were our lifelines to the rest of the world. Though the society we lived in was racially segregated, we had no trouble embracing the music of our African-American neighbors: the weekly jazz radio shows that featured the music of Ellington and his peers were our aural windows into something distinctly American.”

WITNESS Community Concert: If you can’t get to the Ordway on Feb. 17, you have a second chance to hear VocalEssence perform Duke Ellington’s music. This time, the orchestra will consist of students from Minneapolis public high schools and Augsburg College. Hopkins High School Auditorium, 4 p.m. Sunday, Feb. 24 ($8 students 18 and under; $12 adults).

The Core Ensemble’s “Ain’t I a Woman”: A chamber music theater work for actress and trio (cello, piano, percussion) celebrating four African-American women: Sojourner Truth, Zora Neale Hurston, Clementine Hunter and Fannie Lou Hamer. The score is drawn from the spirituals of the Deep South, the Jazz Age, and contemporary concert music by black composers. Part of the Women of Substance series. The O’Shaughnessy at the College of St. Catherine, 7:30 p.m. Thursday, Feb. 21 ($16-$25).

Randy Weston: Close on the heels of Ramsey Lewis, who performed at the Ted Mann last Saturday, comes another National Endowment for the Arts Jazz Master. A jazz giant in more ways than one (he’s 6-foot-8 and his hands are enormous), Weston has spent most of his life in Africa. The last time he played the Dakota was in January 2005, and that was his first local appearance in more than two decades. His music draws from a deep well of traditional and spiritual, warmth and generosity. The Dakota, 7 p.m. and 9:30 p.m., Sunday, Feb. 17 and Monday, Feb. 18 ($30/$20).