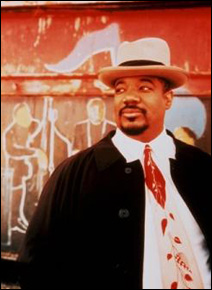 Back when jazz was the most popular music, it was all about big bands: Count Basie, Duke Ellington, Benny Goodman, Glenn Miller, local territory bands.

Just don’t tell that to Doug Snapp, director of the JazzMN Big Band. “Next year is our 10th season,” he told me during a phone interview. “People said it would never last.”

How has it lasted? “We try to cater to a large audience. Part of it is hard work by our board. We have a very loyal base of patrons and a talented group of musicians.” Factor in smart programming and a new home (Hopkins High School Performing Arts Center), and the JazzMN Big Band seems here to stay.

Hamilton, a Twin Cities favorite, performs at the Lafayette Club and other venues; he recently retired from Carleton College as an adjunct professor of jazz studies. Earlier in his career, he played piano with a USO show, toured as organist with the Ray Charles Band, and served as band director at Minneapolis Central High School.

Conflation of old and new
Mahogany was playing saxophone professionally by age 12. The Kansas City native was a senior in high school when he decided to become a singer. “When I first discovered vocal jazz,” he once said, “I believed I was born too late.”

He has been compared with Joe Williams, Johnny Hartman and Billy Eckstine, all voices from the past. Sample Mahogany singing two Johnny Hartman tunes here. But he also draws on blues, Motown and pop tunes to create his own sound, a conflation of old and new.

Beginning in 1993, he released a series of critically acclaimed albums for Enja, Warner Bros., and Telarc before starting his own label, Mahogany Jazz. He appeared in Robert Altman’s film “Kansas City” (1996), portraying a character inspired by Big Joe Turner. In 1998, the “DownBeat” Reader’s Poll named him Male Vocalist of the Year.

A writer for the Louisville Courier-Journal once described Mahogany’s voice as “velvet wrapped in velvet with a velvet bow on top, tied by a gorgeous woman wearing velvet gloves and, let’s say, shiny red lipstick.” I’ve heard Mahogany sing several times, and I would put that woman in 5-inch heels.

He has a deep, rich baritone that teases, seduces and shouts. He can knock you out of your chair or set the mood for late-night fooling around. Barry White has nothing on Mahogany, who is also a monster scat singer.

Scatting, if you’re new to jazz, is vocal improvisation in which the singer uses nonsense syllables (sha-do-be-do-yah, dah-bah-dah) instead of words. The voice becomes an instrument, like a trumpet or saxophone.

The story goes that Louis Armstrong invented scatting while recording the song “Heebie Jeebies” in 1928. When his music fell to the ground, he made up a wordless melody to fill the time.

This cat might scat
Will Mahogany scat with the JazzMN Big Band? “I think so,” he told me via telephone from his home in Miami. “I usually do.” What will he sing? “I have no idea yet. I’m sending music up today [to Snapp] and we’ll make a final decision the day of the show. It depends on the tunes they have a chance to work up. So it’s a mystery to me, too.” See and hear Mahogany scat with the Piotr Baron Quartet below.

Mahogany enjoys singing with a big band. “It’s a different feeling having an 18-piece band behind you,” he says. “It’s a bigger sound, with more options arrangement-wise, and you can do a lot of different things.”

Mahogany is no stranger to Minnesota; he has performed at the Dakota in both its current Nicollet Mall location and earlier in Bandana Square. Most recently, he sang at the Minnesota State University Jazz Festival in March 2007 under Snapp’s direction.

Except when it’s cold, he likes coming here. This time, as always, he’ll check out the barbecue. “Gotta get to Famous Dave’s,” he says. “But Kansas City barbecue is better.”

Javier Santiago/Chris Smith Quartet: Each year the Brubeck Institute jazz performance program in Stockton, Calif., awards five scholarships to new high school graduates. Two of the 2007–08 honorees are from Minneapolis South High School, which says a lot about local jazz education. Pianist Santiago (class of 2007) and bassist Smith (2006) will be joined by two of their three colleagues at the Brubeck Institute. Come hear the kids play. The Artists’ Quarter, 9 p.m. Friday, March 14 and Saturday, March 15 ($10).