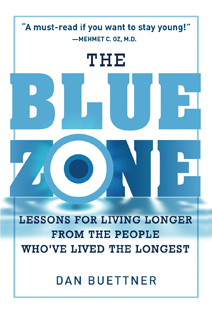 Though he has explored the world, “extreme adventurer” Dan Buettner still calls the Twin Cities home. The newest focus of his travels: four hot spots of longevity he says we can learn from.

With a team of demographers, scientists and physicians, he has studied the culture, lifestyle and diet of vigorous centenarians across the globe to create a cross-cultural blueprint for living long and well. He’ll launch his fifth book, “The Blue Zone: Unlocking the Secrets to Longevity,” published by National Geographic, at an evening reception and presentation Wednesday at the Minneapolis Central Library. The event is sold out.

We managed to nab Buettner in Tortola for an online interview. He shared a peek at his new book, his private life, his Twin Cities roots and his sense of humor.

MinnPost: What earned you the handle “extreme adventurer”?

Dan Buettner: My extreme adventuring dates back to my transcontinental cycling expeditions — 15 years ago. Now my adventures are limited to the wilds of Hollywood (he has dated supermodel Cheryl Tiegs for seven years) and pockets in the world where people live the longest.

MP: What ties you to the Twin Cities?

DB: I was born in St. Paul and graduated from the University of St. Thomas, but now I live in Minneapolis, where people stay up late.

MP: What are the Blue Zones, and what do they have in common?

DB: Blue Zones are places around the world where people reach age 100 at the highest rates or people have the longest life expectancy. We found them in Okinawa, Sardinia, Costa Rica and Loma Linda, Calif. Research led to nine common denominators — or “the Power9,” as I call them in the book. Some relate to how we move and eat, who we hang out with and our outlook on life. 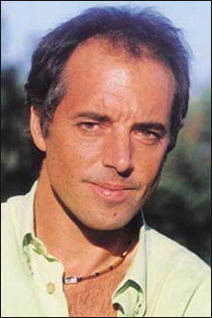 MP: How old are you?

MP: What other surprises has your project uncovered?

DB: The Blue Zones have different longevity profiles. For example, Nuoro, Sardinia, has about 20 times more male centenarians that we have in America, proportionally speaking. Seventh-day Adventists living around Loma Linda live as many as 11 good years longer than the rest of us. Women in Okinawa are the longest-lived people on the planet. What surprised me is that the same behaviors that yield a long life also yield a happy life.

MP: How do these “superagers” demonstrate their health and vitality?

DB: In the Barbargia region in Sardinia, Italy, the Blue Zone phenomenon primarily affects men, who appear to retain vigor and vitality longer than men anywhere else. Most centenarians here walk at least six miles a day, love to work and spend most of their day in the pastures. Perhaps their most important longevity secret is found in their outlook. Their caustic sense of humor helps them shed stress, and their devotion to family provides invaluable support.

MP: Will you share a portrait of longevity from your book?

DB: “Kamada was wrapped in a kimono and sat on a low sofa, next to her two children, both in their 70s. … When she saw us, she raised her hands in glee and began singing. … Most afternoons Kamada naps, does some light gardening, and then at 4 p.m. or so, joins a group of lifelong friends for sake gossip.”

MP: What are the Blue Zones’ “secrets” we can learn from?

DB: Mostly that the things that really work at helping us live long, healthy lives don’t involve diets or exercise programs. Instead they involve subtle but powerful adjustments to our daily lives that yield astonishing increases in healthy life expectancy. We’ve found, for example, the behaviors associated with “happy hour” will give you more good years of life than the behaviors associated with going to the gym.

(To find out more about what you can do, visit Bluezones.com and use Buettner’s vitality compass. It’s free and will give you eight customized suggestions.)