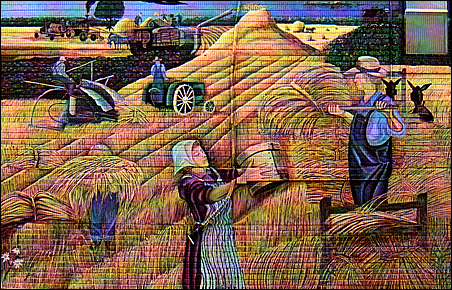 Not long ago a Wisconsin friend said to me, “You’ve lived in Minnesota for 30 years. Why is nothing allowed there? Those folks can’t smoke in taverns, can’t leave their cars’ motors running when they stop to buy a quart of milk at the convenience store. What’s up?”

As a Wisconsin native I’ve always been stumped by that question, but a book I just received goes a long way toward an answer. It’s Bethel University history professor Steven J. Keillor’s “Shaping Minnesota’s Identity: 150 Years of State History,” released by Pogo Press, the 20-year-old popular culture publisher that recently merged with Finney Co. of Lakeville, the large publisher of educational materials.

One can learn much from Keillor’s new book during the state’s sesquicentennial. In the introduction to this, his ninth book, he makes no claims of its being an “academic” work, even though the text is dense with documentation. The sources he quotes are not of the political science variety, but rather from newspaper articles he has gleaned from Twin Cities newspapers and outstate journals, as well as from lively writers like the late Gov. Elmer L. Anderson and Professor Carl Chrislock. Such an approach makes for sprightly reading. Plus, there are some beautiful illustrations and murals by Sebeka High School students.

(Yes, Keillor is related to a celebrity from Anoka, but more about that in the Q&A below.)

Keillor is quick to point out that his new book is just 300 pages long and thus not a comprehensive history of the state, which would probably begin with geological formations and mention every county board member from the beginning to the present.

Instead, he concentrates on the past 150 years, since statehood was granted. In one chapter after another, he explains what sort of hand the state was dealt in terms of geography, migration, climate, culture and how the state has played that hand, sometimes to its benefit, sometimes not.

Tracking down all those rules
And so why, as my friend asks, is nothing allowed? Keillor has fun with that question, pointing out how New England migrants to the North Star state brought their ethic along with them and did their best to stamp out the influence of French fur traders, who arrived here earlier.

Keillor, who earned his Ph.D. in American History from the University of Minnesota, sprinkles his narrative with highlighted “notes” that also add flesh and blood to his story. Here’s a sample he gleaned from Elmer L. Andersen’s memoir: 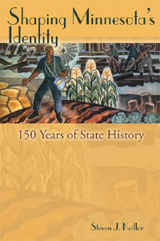 “After his [1931] inauguration [Governor Floyd B. Olson’s] Olson went to his office and sent for state Senator A.J. Rockne of Zumbroda, the staid, conservative watchdog of the state treasury. … Olson explained, ‘I wanted to know what you thought of my inaugural address.’ Rockne paused for a moment and then answered, ‘I’d have to tell you Governor, that if we did one half of the things you proposed, we’d drive this state into bankruptcy.’ Olson leaned back in his chair and laughed heartily and said, “That’s why I sent for you, Senator. If you let me make the speeches, and you keep the state finances sound, we’ll get along just fine.'”

Keillor also is not shy about characterizing the various political leaders and their idiosyncrasies, like Gov. Karl Rolvaag’s love affair with the bottle, Gov. Arne Carlson’s love affair with the veto (179, more than any previous governor), Gov. Jesse Ventura’s love affair with show business. As for three gubernatorial also-rans, what does Keillor call Walter Mondale’s Ted, Orville Freeman’s Mike and Hubert Humphrey’s Skip?

Keillor’s chapters on how the religion and ethnicity of later migrants intertwined are especially good and bring a smile when he plunges deep into the various synod conflicts of the state’s Scandinavian Lutherans. He also singles out the Germans as the state’s largest nationality and points out they didn’t achieve as much impact as other foreign arrivals because they belonged to so many different religious faiths. He credits Norway’s long servitude to Denmark and Sweden as the reason so many Norwegian-Americans achieved political success: They wanted a shot at power.

And what’s in store for the next century and a half for the North Star State? Keillor wisely avoids a prediction, except to say that as the world grows smaller, Minnesota has less freedom to play the hand this century deals it than it did back in the 1850s.

MinnPost: Your new book is loaded with details. How long did this take to research and write?

Steven J. Keillor: I began in 2006 and finished a year later. So the short time was good. Had it been longer, I would have gotten sick of it. The book, of course, reflects my lectures at Bethel University, where I teach part time. The text I was using was very unsatisfying. It was written by Norman Risjord, a University of Wisconsin professor, a slap in the face to Minnesota historians. Risjord’s view was very slanted. He spent 18 pages discussing Democratic governors and only one page on Republicans. I consider myself an independent, so it was embarrassing to use this book. 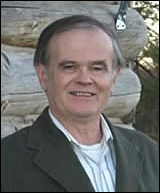 MP: You’ve written several books, many published by the Minnesota Historical Society Press. Why did you go with Pogo this time?

SK: The Historical Society was already committed to a sesquicentennial book by Annette Atkins [“Creating Minnesota: A History from the Inside Out”], so I went with Pogo. It worked out just fine. Doing it for a small press got the monkey off my back, so I could include little stuff, concentrate on real people, average people.

SK: I’m working on a history of the University of Minnesota. It’s very interesting to find all the quirks in that history. You know, victors write the history or, more precisely, historians write about the victors. And sometimes they get it wrong. When you read about the U, you read about what a great president William Watts Folwell was. The fact is, he was not a great president. When he retired from the presidency, he went back to teaching and that’s where he made his reputation.

MP: Your writing style is fluid, very easy to understand. You’ve got a brother, Garrison, also a writer of some note. Is there something in the water where you grew up? Or is it genetics?

SK: No. I credit my writing style to the attention I pay to words in Holy Scripture. I pay close attention to individual phrases. Of course, if you have the gift, it helps.

Other books by Steven J. Keillor

“The Rebellious House: American History and the Truth of Christianity” (Inter-Varsity Press, 1996)

“No More Gallant a Deed: A Civil War Memoir of the First Minnesota Volunteers,” with James A. Wright (Minnesota Historical Society Press, 2001)