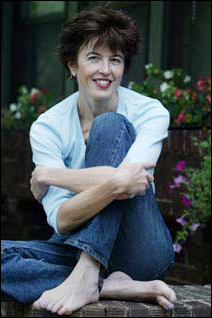 This Saturday at the Red Balloon Bookshop in St. Paul, author Alison McGhee won’t go near the books on which she built her reputation.

Not “Shadow Baby,” the tale of a girl who is haunted by her dead twin sister and her mother’s apparent refusal to discuss the topic. Too heartbreaking.

Not “Was It Beautiful?” in which a father deals with the tragic loss of his gifted son. Too gloomy.

What about reading from her acclaimed first book, “Rainlight,” in which a young father is killed by a car in front of his wife and children? Oh, never mind.

For some reason, little kids just don’t want to hear about that kind of stuff. Rotten little pleasure-seekers, they just want something silly and upbeat. Amazingly, McGhee is just the person to deliver it.

She’ll read from “Bye-Bye Crib,” a book that cheers toddlers on their way to bigger and better things, and from “Little Boy,” her brand-new ode to the simple things that make brand-new people such a hoot to be around. 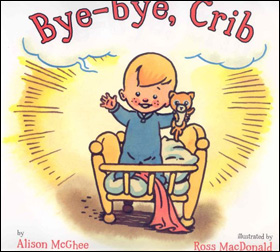 Those kids who like the scary side of life love “Mrs. Watson Wants Your Teeth,” the tale of a luridly storied teacher rumored to steal her students’ baby teeth — although it turns out her reputation is larger-than-life. Whew!

Restlessness led to new challenge
So what happened here? How did McGhee, whose work for adults has been compared to that of Richard Russo, whose “Shadow Baby” was a “Today Show” Book Club selection, who has inspired thousands of local writers, end up the queen of the page-turner picture-book?

Well, she tried to write one on a lark, and it turned out pretty lousy. But for McGhee, lousy translates into inspiring. “I tend to be a restless writer who always wants a new challenge,” she says. “I’d been writing novels for adults for about 10 years when I first tried to write a picture book. I did such a terrible job at that first attempt that it got my stubborn up, and I was determined to figure out how to do it right. Three years later, I finally had a good draft of a picture book.”

Take that, those of you who think she’s taking the easy way out. McGhee says it’s equally difficult to write for children, adults and the ages in between. “I want the books to look as if they were effortless, as if the words just spun themselves out and couldn’t be any other way, but that’s a magician’s act. I want to be the magician.”

Well, she makes it look easy, anyhow. One thing that has gotten easier, though, is making a living. Even with the “Today Show” and a pile of Minnesota Book Awards and other recognitions, McGhee lives a typical writer’s life, scraping together an income through a combination of writing, teaching and speaking. She is highly respected in the local writing community and beyond, but there are no blockbusters or movie deals. 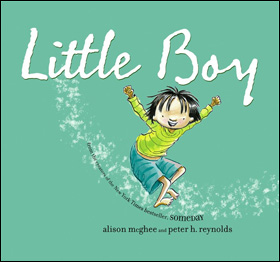 Longer shelf life for children’s books
Those picture books, though, have been good to her. “Writing for children has been more financially rewarding for me. Maybe that’s because children’s books tend to be self-sustaining — we buy for our children what we loved as children. If it’s a good children’s book, it has a longer ‘shelf life’ than the more fickle world of adult fiction,” she says.

She now has written more books for kids than for adults, although there is that territory in between, the young adult category. And that’s where McGhee can indulge her dark side again, reaching an audience that just loves to be miserable — to a point: teenagers. In “Falling Boy,” a paraplegic 16-year-old boy keeps his secrets to himself, secretly enjoying the heroic tall tales younger kids invent about him to satisfy their curiosity. That book, a 2007 Minnesota Book Award nominee, is peppered with Minneapolis landmarks and bears a touch of wry humor. An adult would enjoy it.

But maybe we’re selling younger kids short by denying them the literary pleasures of unhappiness. McGhee thinks they’re ready for that long before the teen years. “Many of my picture books focus, at heart, on a deep fear of children, or a major transition,” she says. “And my novels for children, although often funny, never shy away from either the joy or the pain of life — the heart and soul — of human being-ness.”