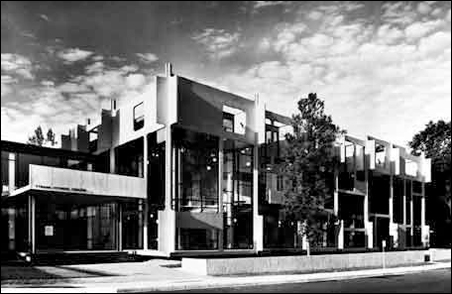 In 1983, when I became managing editor of Architecture Minnesota, one

Rapson’s career. After heading the University of Minnesota School of

Architecture for 30 years, he had retired, and his colleagues at the

Minnesota Society of Architects awarded him their highest personal

honor, the Gold Medal. I naively thought the event marked the end of 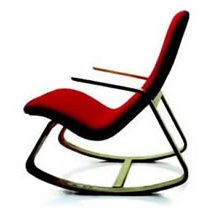 Almost a quarter century later, Rapson was still working at his office in Cedar-Riverside, I had attended scores of events honoring him — and I was still writing about his newsworthy accomplishments.

Among the newsworthy achievements: In 1999 the Minneapolis Institute of Arts and the Weisman Art Museum showcased Rapson’s 60-year career in a rare joint retrospective. Four years ago a prefab house he had designed for the famous “Case Study House” competition in 1945 was being manufactured and erected in North Carolina. Five years ago the “Rapid Rocker” rocking chair he had designed for Knoll Furniture’s 1945 Rapson Line was re-issued. Last year another of the many chairs he had designed won the Dwell magazine lounge-chair competition.

His long career came to an end on Saturday, when he died at the age of 93.

“He always said that he wanted to go out on his drawing board,” said his son, Rip. “He came pretty close. He was drawing that afternoon and had been at work on Friday. He had meetings and work sessions set up for next week.”

Rapson came to Minnesota in 1954, already established as a wunderkind of the Modern movement. Born in Michigan, he had studied and worked at the Cranbrook Academy of Art with Eliel and Eero Saarinen and with the first generation of American modernists: Charles and Ray Eames, Lazlo Moholo-Nagy, Edmund Bacon, Harry Weese and Alvar Aalto.

He had taught at M.I.T. and the Illinois Institute of Design and already designed International Style U.S. embassies in Stockholm and Copenhagen. He and his wife, Mary, had even opened a store carrying modern furniture in Cambridge, Mass. 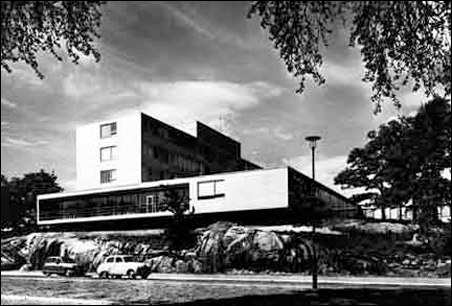 After his arrival to head the architecture school, Rapson stood at the center of Minnesota’s architectural community. The students educated during his three decades at the school became known far and wide — particularly for their drawing skills, which Rapson himself had mastered.

One of my first writing assignments at Architecture Minnesota was tracing his legacy through his students and colleagues. The eye-opening graphic included a who’s who of Minneapolis architects including James Stageberg, David Bennett, Milo Thompson, Duane Thorbeck, Leonard Parker, Herbert Ketchum, Bernard Jacob, John Lackens, John Cuningham and Lee Tollefson, to name only a few; John Morris Dixon, former editor of Progressive Architecture; 12 university architecture deans and one president; and notable architects with an international practice such as William Pedersen of Kohn, Pederson and Fox of New York.

Rapson recruited many of these former students to teach at the architecture school, which educated the vast majority of practitioners in the area, so there was a seamless web between the academic and professional communities.

His role as head of the school meant his practice was not as large as it might have been, but during those years he designed numerous churches; houses both small and large; the groundbreaking Cedar-Riverside complex; the State Capitol Credit Union, which became the Southeast branch of the Minneapolis Public Library; the University of Minnesota’s Rarig Center for the Performing Arts; and the Performing Arts Center at the University of California at Santa Cruz. 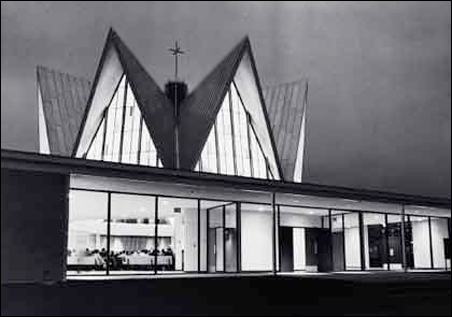 He was a member of the Walker Art Center board of directors and was designing an auditorium for the museum when he was hired to design a new regional theater on land the Walker owned. Renowned Irish director Tyrone Guthrie had chosen Minneapolis as the place to found a theater not subject to the commercial constraints of Broadway. He had not chosen Rapson as the architect for his groundbreaking theater and made that clear.

Rapson held his own in disputes with the imperious Guthrie that have become the stuff of architectural legend. When Guthrie rejected the confetti color scheme for the chairs that Rapson recommended, Rapson went ahead and ordered the 10 colors while Guthrie was gone. The chairs arrived too late to be sent back.

Even more famous were the exchanges about the building’s exterior.

“What should a theater look like?” Rapson asked Guthrie in frustration after showing him a dozen rejected schemes. “Just keep designing and I’ll tell you when you’ve got it right,” Guthrie replied.

Unfortunately, Rapson’s brilliant design of a dramatic screen that framed the activity inside the glass-walled lobby was poorly constructed and failed. Its removal in 1974 left just the Mondrianesque design of the glass curtain wall.

In 1992 the Minneapolis firm of HGA expanded the Guthrie lobby, leaving little left of the original exterior. The innovative design of the auditorium itself — an asymmetrical arrangement of seating around a thrust stage — remained and was reproduced in the new Guthrie Theater on the Minneapolis riverfront. 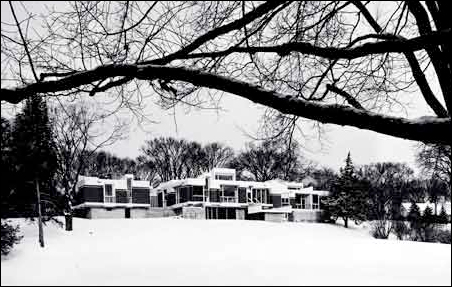 In 1997 Rapson’s oeuvre took another blow when the Phillip Pillsbury House on Lake Minnetonka was razed. The house — a series of pavilions connected by glass walkways — made the cover of Architectural Record in 1963, when it was completed. I had the privilege of walking through the empty house with Rapson before its demise.

But the demolition of the Guthrie in 2007 was a devastating blow. Rapson maintained a stoic attitude in public. After making a delightful presentation on his work at a conference last year on preserving modern architecture, Rapson was asked how he felt about the Guthrie’s loss. To answer, he told a story whose moral was: You hold your head up high and you just keep working.

A gentleman of the old school, Ralph Rapson maintained his career, his dignity, his charm and his kindliness to the end. He left more than an architectural legacy.