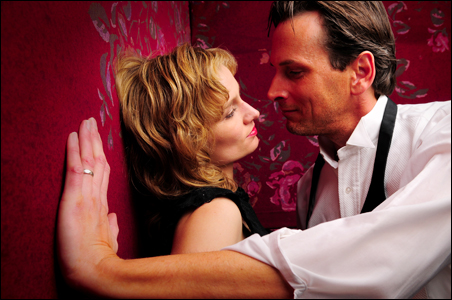 It’s appropriate that a show about happenstance started with an overheard conversation.

As a graduate student studying playwriting, Alan Berks once overheard a professor talking with a fellow student about a script she was working on. “He (the prof) talked about making revisions to ‘Accidents,’ ” Berks said.

That phrase stuck in the playwright’s head and stoked his imagination. What if we could go back and “revise” the random events of our lives? Ten years later, the result is “Everywhere Signs Fall,” which Gremlin Theatre presents this weekend at the Loading Dock Theater in St. Paul.

The playwright worked with Gremlin in 2006 on “Almost Exactly Like Us,” a show that explored family relationships, politics and war through a series of alternate realities.

Berks mines similar territory in his latest effort. “Everywhere Signs Fall” follows a brother and sister who, after losing their parents in “mysterious” circumstances, set out to investigate all the meaningless events and accidents that dot our lives. They videotape and record their inquiries and encounters. But it’s an interview conducted in an uncomfortable motel room in Phoenix that sends their lives spiraling into a new direction.

Staying in the present
Part of Berks’ inspiration was to write a “memory” play. What’s difficult about that approach is that a play needs to live in the now to be effective. “All theater needs to be present,” he says. 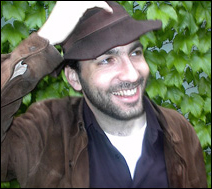 The concept of “revising” accidents allowed Berks to look at the past through the present. That appealed to the writer, who notes that he, like most people, has “been dealing with loss throughout my life.”

Through the years, the playwright tackled the script in a number of different ways. A major push came after the 9/11 attacks, when Berks — like so many — tried to sort out the events of that day. The continued work eventually brought Berks to Gremlin and its artistic staff, led by founder Peter Hansen.

Hansen said he felt drawn to the script by how Berks weaves an examination of accidents and loss into a thriller with a vibe that’s almost film noire. “It was one of the scripts I read when I first started working with Alan and it was one that I was instantly drawn to,” Hansen says.

Family affair
Directing the show is Leah Cooper, former director of the Minnesota Fringe Festival, an area artist and not coincidently, Berks’ spouse. “She reads all of my plays — and she really wanted to direct this show,” he says.

Part of what appealed to Cooper was the way the script jumbled the events and emotions. Instead of a pre-packaged approach to loss and the stages of grieving, the style makes it feel much more like the heartfelt confusion loss can bring.

“By jumbling time, memory, action, perception it takes us through violence, loss, grieving in the best way our fragile minds can understand it — random bit by random bit, carried by love, moved by hope, eventually to some kind of acceptance and, maybe, strength,” Cooper says.

Gremlin has assembled a veteran cast of performers, including Paul Cram, John Middleton and Tracey Maloney. Maloney, who has acted for the Guthrie, the Jungle and Children’s Theatre Company, makes her Gremlin debut with “Everywhere Signs Fall.”

As a native of Chicago, Berks grew up in a theater community that thrives on small companies. “It’s a different vibe in the Twin Cities, but there are still a lot of good small theaters here,” Berks says. “It’s nice to be able to do theater here.”

Berks’ work fits with Gremlin’s central idea of producing new and challenging works. “A lot of theater plays it safe,” Hansen says. “Even shows that are ‘avant-garde’ can be avant-garde in a safe way. You don’t get that in Alan’s plays.”

What if we could edit our past? Play explores idea