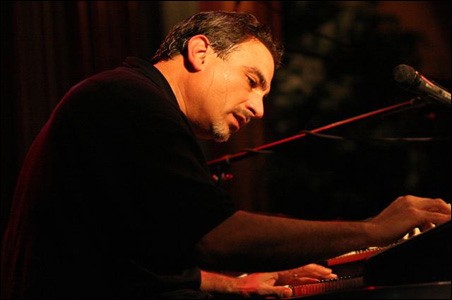 If you love music, your mom and freshly caught trout, the best place to be the weekend of May 9-11 is northern Minnesota. The Grand Marais Jazz Festival returns, May 10 is Mother’s Day, and it’s fishing opener.

Now in its fifth year, the Grand Marais Jazz Festival was founded by Mike Raymond, who hosts the Wednesday night jazz show on WTIP North Shore Radio. (WTIP is a sister station to KBEM, KFAI, Radio K, and other independent, community-based public radio stations across Minnesota.)

“The reason for the festival was not just to bring jazz to a small community — this is probably more of a folk town — but to bring people to us,” Raymond tells MinnPost. “Timber is dying out, mining is not contributing to our economy, and tourism is seasonal and weather-dependent. Jazz festivals have succeeded in other beautiful locations across the country, like Monterey.”

Grand Marais lacks Monterey’s temperate climate, but it does have spectacular scenery and a similarly laid-back ambience. You can comfortably stroll the streets, visit galleries and shops, and eat very well. 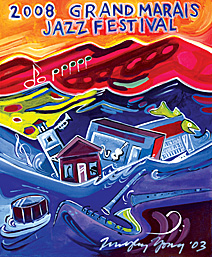 Featured artists during the festival’s early years included Karrin Allyson, Bruce Henry, Connie Evingson, Larry McDonough and steel-pan virtuoso Othello Molineaux. After taking a break in 2007, the festival is back, newly energized and with an impressive roster of international, national, and regional artists including trumpeter Avishai Cohen and Hammond B-3 artist Tony Monaco.

This year the festival is working in tandem with the Cook County Events & Visitors Bureau, which is pulling together the region’s diverse identities, cultures, and businesses in a concerted effort to boost tourism year-round.

Jazz along the Gunflint Trail
Kimberly Soenen, the bureau’s executive director since September, is so enthusiastic one imagines her marching up the Gunflint Trail carrying balloons and a bullhorn. “Wherever you drop your bags, wherever you want to stay, there’s going to be jazz happening everywhere,” she says.

The festival starts Friday (May 9) with events in downtown Grand Marais, at the Gunflint Lodge on the Gunflint Trail, and at the Grand Portage Lodge and Casino.

The Minneapolis-based Willie August Project brings melodic modern jazz to the Gunflint Lodge. Further north and east, the Grand Portage Lodge and Casino hosts an evening of gypsy jazz with vocalist Rhonda Laurie and her band. 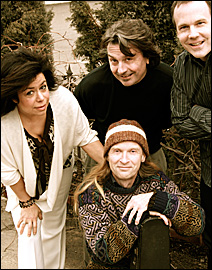 Saturday is the festival’s banner day, with music starting at 11 a.m. and continuing into the night.

The day begins at Summit Chalet at Lutsen Mountains with jazz vocal guitar duo Neal Alger and Typhanie Monique. Take the gondola up the mountain, step out on the deck and enjoy the view from 1,000 feet above Lake Superior.

From the chalet, head to Papa Charlie’s for Axis Mundi, a quartet that blends world beats with modern and traditional jazz. Later that afternoon, the Erin Bode Group performs at the Arrowhead Center for the Arts in Grand Marais.

On Saturday night, Avishai Cohen’s Triveni takes the stage at the Arrowhead Center. (As noted earlier, this is the jazz trumpeter Avishai Cohen, a distinction that needs making because there is also a jazz bassist with the same name.) 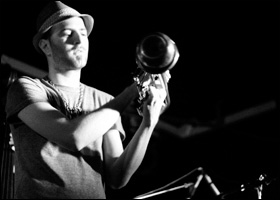 Born in Tel Aviv, now living in New York, Cohen is a 21st-century artist, gathering ideas from around the world, creating intelligent and provocative work. Triveni is his trio with bassist Joe Martin and drummer Jeff Ballard. Cohen told Ann Klefstad of the Duluth News Tribune that “the project I’m bringing to Grand Marais is based more on swing.” Anything could happen.

After Triveni, stay up late with monster Hammond B-3 player Tony Monaco, who closes out Saturday at Papa Charlie’s.

From Lutsen Mountains to Grand Marais is a distance of about 20 miles on scenic Highway 61. The festival has wisely arranged all-day shuttle service between the two festival sites for Saturday. “If you want to have that glass of wine and need to get back and forth,” Soenen says, “you can do it safely.”

Weather isn’t a factor
The weather almost doesn’t matter because events are indoors. Soenen promises that “doors will be open and lights will be on across the county. We’re staying up late. We’ll have coffee and soup.”

Rhonda Laurie is looking forward to the weekend and to performing at Grand Portage. She’ll bring the band she plays with on Wednesdays at Cave Vin in Minneapolis: guitarist Reynold Philipsek, bassist Jeff Brueske, and violinist Gary Schulte.

“We’ll do French-flavored fare as well as Cole Porter songs,” Laurie says. “Hopefully, a nice array of tunes and tempos. All in all, it’s about having fun.”

Laurie prides herself on finding songs that are not overdone. She recently discovered one she plans to premiere at the Grand Marais festival. With music by Duke Ellington and lyrics by Peggy Lee, it’s perfect for the occasion. It’s called “I’m Gonna Go Fishin’,” and here’s the second verse:

I’m goin’ fishin’.
That’s what I’ll do,
Think about nothin’
Not even you.
Catch a real big one,
A big speckled trout,
Snappin’ in the water,
I’ll pull him on out!

What: Grand Marais Jazz Festival. Please visit the website for complete information; not all artists and events are mentioned here. The website also includes directions and links to lodging.
Where: Grand Marais, Lutsen Mountains, Grand Portage
When: Friday-Sunday, May 9-11
How much: Premium Pass $79 (all ticketed performances including Avishai Cohen’s Triveni), Festival Pass $59 (all ticketed performances except Triveni). Passes available for purchase through May 9 at 5 p.m. Tickets to individual performances available. Purchase on the web or by phone: 1-888-922-5000. Many events are free.

Big Band Treasures: Minneapolis film archivist and historian Bob DeFlores began collecting films when he was a young boy in Hollywood, Calif. He now owns the third- largest and most versatile private film archive in the United States. Produced by Normandale Community College and TPT, this half-hour pilot program features original footage from the 1920s through the 1950s. Learn more about the DeFlores Film Project and set your DVR for the premiere. 7 p.m. Sunday, May 4, TPT, Channel 17.

Freda Payne: A Tribute to Ella Fitzgerald: Most people know Payne from her 1970s disco hit “Band of Gold.” The New York Times has praised her Fitzgerald tribute as “the jazz equivalent of speaking in tongues.” There’s a knockout clip on her website. The Dakota, 7 p.m. and 9:30 p.m. Sunday, May 4 ($50/$35).