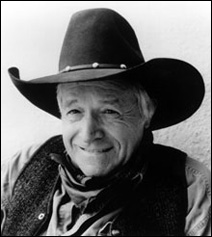 When a person lives on Bob Dylan Drive in Bob Dylan’s boyhood hometown of Hibbing, Minn., you figure they might have an affinity for the music of Minnesota’s most famous musician. When that same person is a driving force behind Hibbing’s annual Dylan Days celebrating Dylan’s birthday, and when they own and live in the very house a young Dylan grew up in, you figure that the affinity probably borders on an obsession.

If so, you have wrongly figured Gregg French. The entertainment director for the fourth-annual Dylan Days describes himself as no more than a casual Dylan fan.

Dylan Days runs today (May 22) through Sunday (May 25) in Hibbing. The featured event is a performance by folk icon and early Dylan mentor Ramblin’ Jack Elliott on Saturday, May 24 (Dylan’s 67th birthday) at 7 p.m. in the Hibbing High School auditorium.

House of the rising son
If you travel to Hibbing for the concert or other events (you can see the full Dylan Days schedule here), you might well find yourself looking at French’s three-bedroom house on Bob Dylan Drive, the home the musical icon lived in from the time his family moved to Hibbing from Duluth when he was age 6, until he moved away as a teenager to attend the University of Minnesota.

French says that when he and his wife were house-shopping back in 1990, their purchasing decision narrowed to two houses in Hibbing.

“The deciding factor was that the utility bills were considerably less to heat the home than the other one that we looked at,” he says.

He says he didn’t really think much about the fact that the house had once been lived in by Dylan until the Sunday after buying the place and a car pulled up to their new home. Its occupants piled out and began taking photos while striking Dylanesque poses in front of the house.

“From that point on, we kept getting more people most every day in the summer taking pictures,” the 52-year-old French says. “We really just let them do their thing. If I’m outside doing yard work and I’m in the mood for talking, I’ll strike up a conversation with them. I haven’t met a Dylan fan I didn’t like yet.”

“People from all over the world stop by and knock on the door.”

He says there’s nothing in the two-story Mediterranean-style house identifiably Dylan; no lyrics scribbled on walls or anything like that.

“Bob’s old bedroom happens to be my office and computer room,” he says.

Ramble on
French, who delivers Frito-Lay products to stores in the Hibbing area, says he’s seen nine Dylan performances, but has yet to catch Elliott in concert.

“[Elliott] was fairly instrumental in teaching Bob about all things Woody [Guthrie] and how to flat-pick a guitar,” he says.

According to legend, Elliott’s nickname was given him by folk icon Odetta. “Oh Jack Elliott, yeah, he can sure ramble on” she is said to have exclaimed about the talkative folkie.

The 76-year-old Elliott has been telling his sprawling song-stories since following Guthrie around in the early 1950s, learning his craft and art in the shadow of the master.

“I used to look over his shoulder as he’d sit there at the typewriter and knock off these songs just as quick as you could blink,” Elliott recalls in an appropriately long-winded biography on his website. “And each time they’d be perfect and needed no correcting. So after watching that I realized there was no way I was gonna top that. And I decided it would be better if I just did what I did best and find the songs and interpret them the way they suited me.”

The Elliott concert opens with performances by Spider John Koerner and Tony Glover.

Dylan Days concludes Sunday with a “farewell brunch” for attendees at Zimmy’s, a Dylan memorabilia-laden restaurant in Hibbing.

The celebration of Dylan’s birthday continues that day in Minneapolis with a book signing and talk by Toby Thompson. The author of “Positively Main Street: Bob Dylan’s Minnesota” will be at Mager’s & Quinn Booksellers, 3038 Hennepin Ave. S., at 5 p.m. Thompson, associate professor of creative writing at Penn State University, will discuss the revised edition of his book.

The Bella Sol music festival runs Friday-Sunday (May 23-25) in Geneva, Minn. The headliner is Buckethead, the prolific guitarist who wears a plastic mask and cardboard KFC bucket on his head while riffing on experimental, rapid-fire funk-metal-prog.

You can get ticket and other information at the festival website.