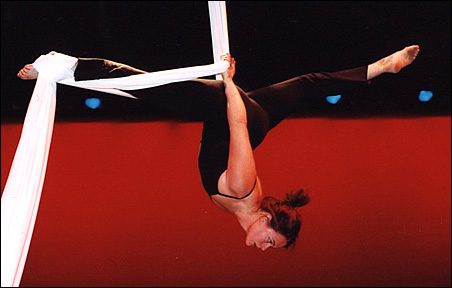 The Walker Art Center’s Out There series has become a well-known and much-welcomed event, importing as it does every winter a cutting-edge roster of dance, music, theater and various interdisciplinary spectacles from around the world. Across the river in St. Paul, the Ordway Center for the Performing Arts does the same thing each spring — except that its jolt of global performing arts is tailored to the lunchbox set.

All this week, some 15,000 school children from around the state are boarding buses to St. Paul to take in performances on the various stages inside the Ordway; the entire affair is made affordable with subsidized transportation and $3 tickets.

But there are a number of good reasons adults will want to tag along with their kids for the Family Days this Saturday and Sunday, May 31 and June 1 — reasons that could even persuade the child-free to show up:

1) Much of this so-called children’s fare is interesting for us older folks (the best children’s performing arts usually are).

2) Tickets for the general public are $5 — let’s not mince words, this is CHEAP.

3) If you’re encouraged by reason No. 2, the host of free events and activities at the Festival’s weekend-long World Party should seal the deal.

From Chicks on Sticks to hip-hop and more
Taking place outside the Ordway and across the street in Rice Park, the World Party brings together tents for art activities, a butterfly garden, and more than a dozen groups performing on stages and roaming through the crowds. There’s the Chicks on Sticks stilt-walking troupe, CAAM Chinese Dance Theatre, and Up til 2, the a cappella group that has a huge repertoire but specializes in funk, hip-hop, rhythm & blues, Motown and jazz.

Fans of the highly regarded Live Action Set theater company will want to seek out one of its artistic director/actors, Noah Bremer. He’ll be working the scene with a dozen students from Hastings High School performing “Fools for Love,” a show they’ve concocted that involves traditional European clowning (i.e. expect something more artful than pratfalls and flower brooches that squirt water). Add in hip-hop dance lessons from The Collective, a youth gamelan orchestra, and the Art Moves Parade (Saturday at 1 p.m.), not to mention a banquet of international food — affordably priced and kid-friendly! — and you’ve got yourself an affair that could merit a visit on both weekend days.

“It’s become a huge community event,” since its first year in 2000, says Tyra Novic Wahman, communications and public relations manager for the Ordway, of the Festival. “Families come year after year. The international artists come here, meet each other, and become a community of friends. We have workshops all over the Cities in relation to the festival with community artists — 90 workshops alone for the Art Moves Parade — and students working almost year-round on projects for the sculpture garden in front of Ordway.” (Here’s a blog documenting the progress of the artworks for the parade.) Ultimately, it’s an extravaganza that draws upwards of 45,000 people, according to Wahman. 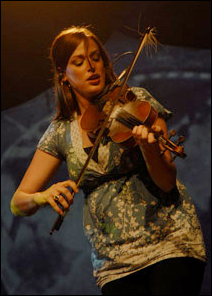 Back inside the center, several performing arts groups round out the international component of the festival. Marionetas de la Esquina, a troupe from Mexico, uses puppets to put on a full circus; and Andes Manta, a quartet of brothers, performs the mountain music of the South American Andes and sings in both Spanish and Quechua, the native language of many Andeans.

Finally, there’s the immensely popular DRUM!, which could be described as a multicultural “Riverdance.” This show brings together 20 musicians, dancers, drummers and singers in a spectacle celebrating all of the cultures rooted in Nova Scotia. In addition to the indigenous Mi’kmaq tribe, performers represent the slaves who bought their freedom by fighting for Britain in the American Revolution (they immigrated to Nova Scotia toward the end of the war); the French Catholics who settled there in 1613; and the Scots who followed in the late 1700s.