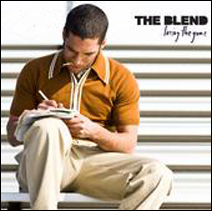 Words pour out of Toussaint Morrison. The hip-hop artist is determined to share his observations of the world and doesn’t want to be labeled as another rhyming rapper rattling on about nothing but himself and his life.

Morrison is also resolute about the music backing his vocals. It has to be more than the deep bass pounding of hip-hop, incorporating guitar rock, punk, blues, alt rock and more.

“I was raised on Ice Cube, Aerosmith and James Brown,” Morrison says.

The 26-year-old has a degree in theater from the University of Minnesota where he says he learned a bit about rhymes and the rhythms of language in his studies.

“Shakespeare has a good amount of rhyme with it, whereas rap in general has constructed rhyme, or rhyme to a beat,” he says.

The Minneapolis singer-songwriter and his band, The Blend, celebrate at 8 tonight (May 8) the release of a new extended-play CD, “Losing the Game,” at the Fine Line.

You can listen to a couple of songs from the new CD — “Chase” and “SouthDakotaCure” — on The Blend’s MySpace page.

Saying something
Morrison says he was exposed to a lot of early punk rock by the director of the GTC Dramatic Dialogues theater company.

“It’s not just punk rock — it’s 1980s punk rock,” Morrison says. “We listened to some of that and it’s just raw. Just … screaming, and there’s a point to it, obviously. It’s not just ‘my girlfriend dumped me.’ It’s got a bigger message to it about the way the system is structured.”

Some of that rawness works its way into his music, too. “SouthDakotaCure” begins with Bordewick’s rhythmic guitar thrashings, slamming against Morrison’s shouted lyrics tumbling over one another.

“That’s all I really wanted out of that song: screaming and singing,” Morrison says.

But he wants more from his music than cathartic venting. Like some of those punk artists of old — think of the Clash and Sex Pistols — he wants to couple the catharsis with social and political commentary.

He says there’s no artistic obligation to comment on the world, however.

He says there are some good emo bands around Minneapolis, but he wonders what these navel-gazing bands with their introspective lyrics are really saying.

“They’re saying nothing,” he insists. “It doesn’t take a political agenda to say something political. You just may not be down with paying $3.60 a gallon for gas. You may not be too intoxicated with really trivial things. That’s all it takes.

“The thing is if the only commentary you have is on you, you, you, me, me, me, I, I, I — what’s your agenda? Where are you headed with that? That’s pretty sad.”

His own political commentaries are often buried in blizzards of words that have to be listened to repeatedly. What emerges eventually is frustration with a money-obsessed culture and a society slow to treat all its citizens equally.

Everything is political
None of which is surprising when you hear Morrison describe his family.

“My parents were socialists, workers union, activists,” he says. “They met in New Orleans and I moved to Minneapolis when I was 4.”

After his biracial parents split, his mother reared Morrison and his sister by herself.

“My mom’s white and me and my sister look nothing like her. People think I’m adopted,” he says.

Morrison says he can relate a bit to the life story of presidential hopeful Barack Obama.

He says he hopes to echo a political message, and use his voice, his lyrics and his passions to turn the political into art.

Omaur Bliss and the Hot Box open the show.

Hummel is a relentless performer, spending more than 100 nights a year on the road. When he’s at home in Northern California, he averages a couple of gigs a week with his band, Blues Survivors.

“I’m still as hooked on harmonica as ever,” the 53-year-old told the San Francisco Chronicle in 2006. “If I want to really get jacked up for a gig, the first thing I do is put on a blues harmonica record.”

Hear the real deal for five bucks on Friday.

Mixing hip-hop and politics: The Blend