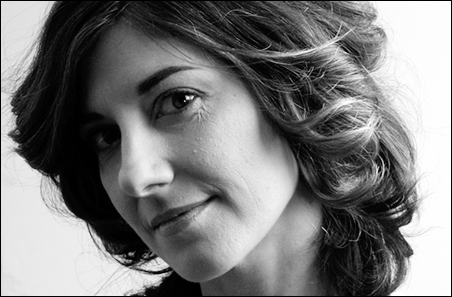 Photo by Desiree Olson
The debut of choreographer Lisa Conlin’s “Renovate” is this weekend at the Ritz.

There’s no dearth of choreography showcases in Minneapolis. During these often-eclectic evenings, the adventurous dancegoer can see new work by emerging as well as established dance artists.

It’s a thrilling crapshoot. Who knows whether you’ll see the next best thing in our ever-evolving dance community or some oddity that should have stayed inside that supposed artist’s head? Even if you get bored, annoyed or angry, just hold on: In five minutes, someone new will be on stage.

This weekend, a new annual showcase, “Renovate: Enhancing the Edifice of Minnesota Dance,” makes its debut.

One of my favorite showcases happens on the fourth Wednesday of every month: choreographer/curator Laurie Van Wieren’s “9X22 Dance/Lab” in the theater at Bryant Lake Bowl. Van Wieren is a delightfully nonchalant host who’s nonetheless firmly in control. She may come off as a little bit ditsy in an Annie Hall kind of way, but if you’re a drunk bar patron who wanders in and decides to heckle the dancers during the question-and-answer period, you won’t last long. While her tastes lean toward the experimental and postmodern, her curatorial approach is universal enough that physical theater, modern dance and even ballet appear on the tiny stage.

Sarah LaRose-Holland’s “The Kinetic Kitchen” and “Kinetic Playground” (the latter for kids), pop up throughout the year at venues like the Mounds Theatre, Varsity Theater, Old Arizona Center for Performing and Media Arts, and Patrick’s Cabaret. It’s a similar stew of disciplines, but features (usually) longer works by small, established dance companies as well as independent choreographers. Also itinerant are the showcases curated according to race (Black Choreographers’ Evening) and sexual preference (Queereographers’ Evening). One is never quite sure where and when they may show up.

Stepping outside the Walker
The grand dame of all Minneapolis dance showcases is the Walker Art Center’s annual Choreographers’ Evening, which has appeared at the Walker for more than 30 years (with one interruption). It happens in November, just after Thanksgiving, and each year the Walker selects someone from the local dance community to curate the show. Thus, a show whose participants were selected by experimental choreographer Emily Johnson, for instance, had an overtly post-modern flavor, while the previous year Sandy Agustin, a social activist, diversity specialist and modern dancer, included works by modern, swing, Bharata Natyam and flamenco dancers. 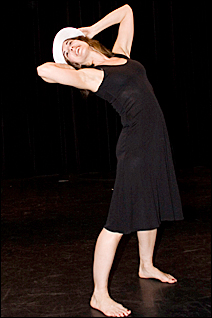 Dancers have found it notoriously difficult to get accepted into the Walker’s showcase, which is why choreographer Lisa Conlin decided to start “Renovate.” Last fall, Conlin, a friend and almost 60 other people auditioned new works for the Walker showcase; neither Conlin nor her friend was accepted. “So I decided to offer another space for choreographers to show their work, and I thought it would be great for the Ritz Theater to have a new program people could look forward to every year,” she said.

The Ritz is the home of Ballet of the Dolls, of which Conlin is a member. And the Ritz’s managing director, Jim Bovino, who’s seemingly always game for adventurous new programming, was easy to convince. So Conlin enlisted fellow choreographer Julie Warder as co-curator, and they invited two guest advisory panelists, Deborah Jinza Thayer and Morris Johnson, to assist them in selecting work. More than 30 dance artists auditioned, and 13 will be presented in the show this weekend.

Each of the pieces is from five to 12 minutes in length, Conlin said, and each one “really stands on its own and has something strong to say.” As no doubt each member of the audience will, as well.

Out on a limb: New dance showcase joins the crowd