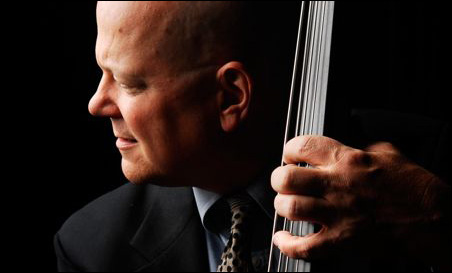 Beginning in 1994, the great bassist Ray Brown made a series of five recordings titled “Some of My Best Friends Are …” featuring piano players, saxophone players, singers, trumpet players and guitarists (in that order). Anchored by Brown’s working trio, the recordings showcase the talents of guest artists including Oscar Peterson, Joe Lovano, Dee Dee Bridgewater, Nicholas Payton and John Pizzarelli.

Fine musicians, well-chosen tunes and the empathic interaction between the artists make each an enjoyable listen and a worthy addition to a jazz library.

The same can be said for the “Trios” series by first-call Twin Cities-based bassist Gordon Johnson, who will celebrate the release of the latest CD on May 25. A product of opportunity and patience, born on a whim, the series has grown to four volumes with a fifth on the way.

It all started in the mid-1990s, when Johnson did a recording session at Wild Sound Studio in Minneapolis with Maria Muldaur’s pianist John R. Burr and area drummer Joe Pulice.

“At the end of the session, I said, ‘Let’s just play ‘a blues’ and make it up,’ ” Johnson recalls. Not long after, he found himself back at Wild Sound with pianist Bill Carrothers and drummer Jay Epstein. “I asked if they minded staying an extra 15 minutes so we could record something.” Then came a date with Manfredo Fest and Epstein. “At the end, I took Manfredo aside and said, ‘Since you’re here. …’ ”

The more than 30 musicians Johnson has talked into staying late (or invited to the studio; eventually he started planning ahead) are a mix of some who live here and others who were passing through. Some he has known for a long time, others a short time. It’s an impressive group that includes out-of-towners Giacomo Aula, Matthew Fries, Frank Kimbrough, Jon Weber, Kenny Werner, Peter Erskine, Steve Gadd, Steve Smith and Matt Wilson.

You can hear samples of the new CD (actually all of the “Trios” CDs) here.

Johnson backs BBC Jazz Award-winning singer Stacey Kent when she comes to town; he toured North America with her in April and will rejoin her in Quebec later this year. “Every time we play together, it’s a total joy,” he says. “As traveling goes, it’s pretty cozy compared to the old days. First class.”

Lucky for area jazz fans, he spends most of his time here. You can catch him on Mondays at Maggiano’s Little Italy in Edina, where he plays with pianist Tommy O’Donnell, and on weekends at D’Amico Cucina in Butler Square with Benny Weinbeck. In between he’s often found at the Artists’ Quarter or the Dakota.

“I’m always thinking, ‘Who’s in town, and can I get them over to the studio?’ ” Johnson says. He would like to record someday with pianists Russ Ferrante, Rick Carlson, Benny Green, Ahmad Jamal, Bruce Barth, Bill Charlap and John Serry, among others. (Ferrante plays keyboards for the Yellowjackets, who are due at the Dakota in June, so stay tuned.) His fantasy list of drummers includes Eric Kamau Gravatt, Kevin Washington, Fukushi Tainaka, Kenny Washington, Roy Haynes, J.T. Bates and Bill Stewart. 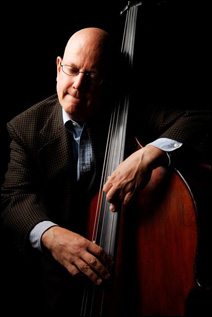 Johnson brought former Journey drummer Steve Smith together with area pianist Tanner Taylor; the two had never met before then. The former stadium rock star and the young keyboard wizard got along fine and recorded three amazing tunes.

Johnson owns three upright basses but plays the same one on all “Trios” tracks: a French (or maybe English) instrument built in 1850. His father, Clifford Johnson, gave it to him in 1995 when he retired from the Minnesota Orchestra after 47 years as a string bass player. It cracked when Johnson’s father died in 2007 and has since been repaired. Like father, like son; Clifford was also a piano tuner and so is Gordon.

The fifth “Trios” album, not yet named, is nearly complete. “I’m going to take the plunge on this one,” Johnson says. With Kimbrough, Wilson and Bryan Nichols, he recorded several tunes that are not on “GJ4.” “We played some pretty wild stuff,” he says. “So this will be a more adventurous recording, more avant-garde and progressive.”

Will there be a sixth? “Probably,” he said. “I’ve been at this for years now, and I don’t want to stop. I find it refreshing and challenging and kind of fun. Also kind of expensive. I didn’t go into this to make a living; I did to make a document. If I can break even, I’m happy.”

What: Gordon Johnson “GJ4” CD Release with Laura Caviani, Tanner Taylor, and Bryan Nichols (piano) and Phil Hey (drums)
Where: The Dakota
When: Sunday, May 25, 7 p.m. ($5)
More info: Read a biography of Gordon Johnson at All About Jazz.

Minnesota Sur Seine: So much music, so many kinds. Read the preview, visit the website, see as much as you can. Various venues, Thursday, May 15 through Sunday, May 25. Festival passes available.

Bruce Henry: I don’t mean to sound like a skippy CD but seriously, we all need to hear Henry sing at least once more before he relocates to Chicago in July. He will charm you and move you and give you goose bumps. The Artists’ Quarter, 9 p.m. Friday and Saturday, May 16 and 17 ($10).

Fourth Annual Jazz Piano Competition: Jacob Wittenberg, a senior at Henry Sibley High School, and Joe Strachan, a junior at Northfield High School, will compete for the Jane Matteson Performance Award. Full disclosure: I’m on the board of the Dakota Foundation for Jazz Education, a nonprofit that co-sponsors the competition with the Schubert Club. Bassist Gordon Johnson and drummer Phil Hey will accompany the student performers. The Dakota, 2 p.m. Sunday, May 18 (Free).