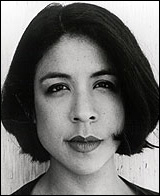 In the mid-1970s, the Khmer Rouge killed more than 1.5 million out of Cambodia’s nearly 8 million citizens in an effort to “re-create” the nation’s society. And like the other attempted genocides in the 20th and 21st centuries, the slaughter left behind shattered lives and numerous questions that probably will never be answered.

“How do you write about a historical topic like genocide, when there is the element of the unimaginable and irrational about it?” asks Naomi Iizuka, the writer of “After a 100 Years,” a play about the subject that receives its world premiere this week in the Joe Dowling Studio Theater at the Guthrie.

Iizuka is one of 11 playwrights commissioned by the Guthrie Theater’s New Play Program. Thanks to funding from the Bush Foundation, the playwright was able to explore the topic by going to the source.

“I had to find a window into it. I was writing a play, so it couldn’t be a documentary or a political treatise or an op-ed piece. I had to find characters that embodied the issues that the play grapples with,” Iizuka says.

Michael Kinghorn, the Guthrie’s literary manager and the production’s dramaturge, sees the same issue. “It’s a topic that’s hard to get your heart and mind around. Naomi was smart to write about characters today instead of setting it during the Khmer Rouge in 1975,” he says. “It’s an emotionally challenging topic and she has found a way to nuance it so it is really about characters who are struggling with their moral choices and their own lives.”

Iizuka began to find these characters while researching the topic in Cambodia. There, she not only collected information about the years, but also conducted numerous interviews with survivors of the Khmer Rouge. “I had a lot of stories in my brain and on my hard drive. The play had to start with actual lives of the individuals,” she says.

From there, the show began to take shape. “After a Hundred Years” centers on an American journalist who travels to Phnom Penh to interview a Khmer Rouge general who stands accused of war crimes. Other characters fill in their experiences from the “killing fields.” These characters prove to be more than they are on the surface, and the events buried 30 years before still haunt them today.

Additional programs
Along with the month-long run of the play, the Guthrie — partnered with the Center for Holocaust and Genocide Studies at the University of Minnesota — will host a number of educational programs to explore the issues in the play.

“An interesting phenomenon is that events in the past become smaller and smaller in the history books,” says Ellen Kennedy, the interim director of the center. “We need art to make it last. A play will live longer than the paragraphs that will turn into sentences and then phrases.”

The programs include a pair of workshops, a symposium titled “War Crimes Tribunals: Cambodia, Rwanda and Yugoslavia” and screenings of a pair of films about Cambodia at the university.

“We see the theater as a place for community dialogue,” says Sheila Livingston, the Guthrie’s director of education and community programs. “There are very few places that people gather together to talk about important issues. We have to be able to confront them if we are going to become a successful global community.”

Iizuka has been at work on the play for a number of years—and that work includes previous workshop productions. All of that time has helped to focus the material, as it gets ready for opening night. That director Lisa Portes has been involved for much of the process only helps, Iizuka says.

“I feel very fortunate to be working with a remarkable cast and director. This play has gestated over a period of time. There was a question that was with me from the very beginning: How does this happen; and how do we deal with the aftermath of it? The play does deal with that in a muscular way, and it has a lot of stories and a lot of people’s experiences bound up in it.”

Cambodia and the Holocaust: Searching for Justice
Saturday, June 21
Workshop at the Guthrie Theater (SOLD OUT)

Screenings of “Cambodia: Year Zero” and “Cambodia: Year One”
When: 7 p.m. Wednesday, June 25
Where: University of Minnesota Law School, Room 25, Mondale Hall
How much: Free and open to the public; no reservations are necessary