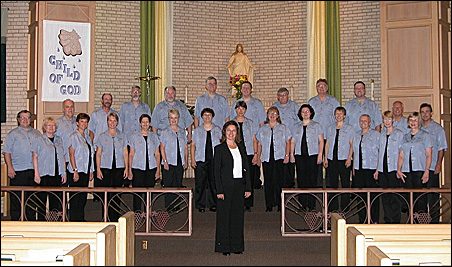 summersingers.org
The Summer Singers, whose vocalists come from the Minnesota Chorale and Exultate, don’t rest their pipes during the summer break.

The St. Paul Chamber Orchestra concludes its season this weekend and goes on hiatus until next fall. But this isn’t the start of the summer dog days for classical music — far from it.

I’ve put together a few highlights of summer ’08, and it’s certainly not a definitive list. If you think I’ve only skimmed the surface — and you’ll be right — feel free to offer an event in our comment area below.

June 9-13: Let’s start with the annual Schubert Club Summer Song Festival. Launched three years ago, the festival offers a concert every weeknight at various venues in St. Paul, plus free noontime concerts (Ralph Vaughan Williams is the focus of each program this year) every day at Landmark Center. In observance of Minnesota’s ongoing sesquicentennial celebration, Monday’s evening concert focuses on songs that were either composed by people with Minnesota connections or deal with a state subject matter. Wednesday’s evening program pays homage to Pulitzer Prize-winner Dominick Argento, who has spent the last 50 years living and composing in Minnesota; the premiere of a new song by Argento is promised.

June 13-22: The long-established North Star Opera Company recently changed its name to Skylark Opera, and now it is changing its production format as well. Instead of performing a few productions each season, the company is doing it all in 10 days by performing two operas in repertory. One is the often-parodied Victor Herbert masterpiece, “Naughty Marietta” (who can forget “Ah, Sweet Mystery of Life at Last I’ve Found You” from Mel Brooks’ “Young Frankenstein”?). The other is the local premiere of Ned Rorem’s 2006 opera version of “Our Town.” All performances are in the E.M. Pearson Theatre at St. Paul’s Concordia University.

June 14: How about a day of Bach — not listening to it, but performing it? The Bach Society of Minnesota is sponsoring an all-day “Cantata Workshop” at Hennepin Methodist Church (511 Groveland Ave., Minneapolis), which culminates in a 3 p.m. performance of the Cantata No. 9 (“Es ist das Heil”). The experience includes lunch and a post-performance reception. Hurry! The deadline for registration is June 10. Or just show up on the afternoon and enjoy the performance. 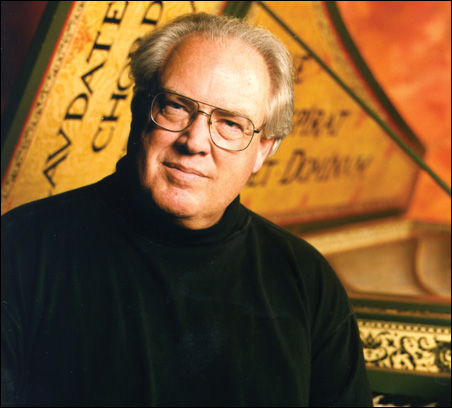 June 19-22: If you’re wondering what the St. Paul Chamber Orchestra musicians are doing on their summer vacations, look no further than the White Pine Festival, a kind of artist-colony gathering in communities along the St. Croix River Valley, including Hudson and Stillwater. The extended weekend includes concerts, symposiums, readings and other activities. The musical events, however, feature an organ recital of Bach by SPCO keyboardist Layton James and a concert by the Miro Quartet, both at Stillwater’s Trinity Lutheran Church.

June 20-26: If you’re heading toward the St. Croix River for the White Pine Festival, stick around for the start of the Stillwater Music Festival. This year’s festival will be anchored by two main concerts at the Washington County Historic Courthouse on June 20 and June 26. The latter is an all-Nordic program featuring the New York-based string quartet, Brooklyn Rider and mezzo-soprano Heather Johnson. In addition, there will be a pre-concert performance at the Daily Grind coffee shop in Stillwater on June 26 and a first-ever family concert on the rooftop of the Stillwater Public Library on June 25. In the June 20 opening concert, Brooklyn Rider will go classical with Schubert’s “Death and the Maiden” quartet, then collaborate with folk singer Christina Courtin in what should be an interesting fusion.

June 24 and 29: St. Paul’s Cathedral Choir — the one from London — performs at the Cathedral of St. Paul on June 24 in an appearance sponsored by Minnesota Public Radio. The all-male choir has been in existence since the 12th century and specializes in a broad repertoire that ranges from Latin and Anglican liturgy to modern commissions. If that isn’t Anglican enough for you, there’s the opportunity on June 29 to attend a free afternoon organ recital at Central Lutheran Church in Minneapolis (333 S. 12th St.) by Stephen Cleobury, choir organist at Queen’s College, Cambridge.

July 1-20: Winona is the place to find Beethoven this summer. The Minnesota Beethoven Festival is taking place in the small river town, but it’s no small potatoes. The lineup is star-studded, including the King’s Singers on July 9, violin superstar Joshua Bell on July 11, pianist Marc-Andre Hamelin on July 15, and the Pacifica String Quartet on July 17. The Minnesota Orchestra opens and closes the festival with concerts on July 1 and July 20.

July 11-Aug. 2: Yes, it’s Sommerfest again — now officially called “Fidelity Investments Sommerfest.” The three-week festival at Orchestra Hall is the usual collection of elements that range from waltz gluts to jazz. But some of the highlights include orchestra ensemble groups performing music by ex-Minnesotan Paul Schoenfield on July 18, an all-Finnish program (Rautavaara, Aho, Sibelius) conducted by Osmo Vanska on July 24, and a semi-staged production of “La Traviata” on Aug. 2. Families will want to see the return of Theatre de la Jeune Lune in their much-loved performance of “Peter and the Wolf” on July 27.

July 20-27: The Summer Singers is a largely unknown group that has been producing CDs for years, thanks to the talents of vocalists from better-known groups like the Minnesota Chorale and Exultate who don’t want to rest their pipes during the summer break. They will be giving concerts July 20 in Edina, July 24 in Minneapolis and July 27 in St. Paul — all free. If you happen to be in downtown Minneapolis and want to check them out in advance, attend their appearance on July 11 as part of the regular noontime Summer on the Plaza performances at the Hennepin County Government Center.

Did I miss anything? Please comment below. We’ll update this calendar. Please include details and links to websites.

Classical music plays on this summer: a calendar