Each year the Schubert Club hosts a Summer Song Festival. One of Minnesota’s oldest and most respected cultural institutions heads out into the community for concerts and master classes.

As I read the program — songs by Minnesota composers, an evening devoted to Pulitzer Prize winner Dominic Argento, a recital by soprano Karen Clift and pianist Timothy Lovelace, a grand finale hosted by music critic and author Michael Steinberg, and a children’s concert — three words catch my eye: “Our Jazz Connection!”

What jazz connection? Isn’t the Schubert Club about classical music? Mostly, but not exclusively.

The Schubert Club’s late board member Jane Matteson loved jazz. (Matteson’s portrait is prominently displayed in the Dakota Jazz Club.) Together with the Dakota Foundation for Jazz Education, the Schubert Club sponsors an annual Jazz Piano Scholarship Competition for students ages 15 to 18. Last November, when Yo Yo Ma performed a special Schubert Club concert at the Ordway in St. Paul, a reception afterward featured music by jazz pianist Laura Caviani and her trio.

Tuesday night’s song festival concert is billed as “Judi Donaghy with a Tribute to the Vocal Legends of Swing.”

The versatile and accomplished Donaghy heads the voice department at McNally Smith College of Music. She is a member of Bobby McFerrin’s Voicestra, which recently returned from a North American tour that included Carnegie Hall. Around the twin towns she sings with Lori Dokken, Erin Schwab and Patty Peterson in The Girls. She has sung on more than 30 CDs including the Wolverines’ latest, “Voracious.” 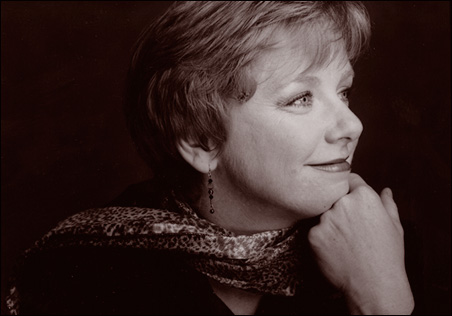 Courtesy of the Schubert Club
Judy Donaghy will sing songs not everyone knows in her tribute to vocal legends.

Her tribute will feature songs recorded by Ella Fitzgerald, Nat King Cole, Sarah Vaughan, Frank Sinatra, Billie Holiday and Joe Williams. Even if you know the singers, you might not be familiar with the songs.

“I didn’t want to choose songs that everyone knew these singers did,” Donaghy says. “For example, for Nat King Cole, I picked a fairly unknown song he did with a studio big band, ‘Look Out for Love.’ It’s a swinging piece, I love it and I want to share it….

“For Sarah [Vaughan], I chose songs people might not have heard, like ‘The Gentleman Is a Dope,’ an Oscar Hammerstein/Richard Rodgers tune. … For Billie Holiday, ‘I Can’t Believe That You’re in Love with Me.’ This will be a challenge. She was one to defy melody. I’ll sing the melody as written, then try to do her thing.”

Donaghy is also an award-winning songwriter, so she’ll add some of her own tunes to the mix. Her band will include Doug Haining on saxophone, Rick Carlson on piano, Steve Pikal on bass and Dick Bortolussi on drums. Caviani will host.

What does Donaghy think of the Schubert Club’s jazz connection? “I was tickled when they asked me to do this,” she says. “I’ve waited and hoped that more classical communities would embrace American art forms, especially jazz. … It’s nice to have this kind of music on the concert stage.”

A pre-concert reception will feature the winners of this year’s Jazz Piano Competition, held May 18 at the Dakota. Joe Strachan is a junior at Northfield High School (and one of Caviani’s students), Jacob Wittenberg a senior at Henry Sibley High School in Mendota Heights.

Another good reason to attend is the venue: the Commodore, a St. Paul landmark and former home to F. Scott Fitzgerald and Sinclair Lewis. The venerable old hotel has one of the most beautiful bars in any city. Somehow its Art Deco splendors were spared during the explosion and fire of 1978. Now owned by the University Club, the Commodore is no longer open to the public except for special events.

New director has a thing for jazz
MinnPost asked Kathleen van Bergen, the Schubert Club’s new executive director, to give us the scoop on the rest of the festival. Before coming to St. Paul, van Bergen was vice president of artistic planning for the Philadelphia Orchestra and a vice president with the St. Louis Symphony. 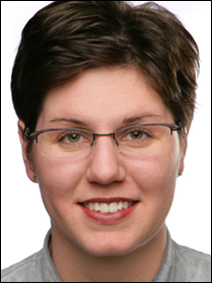 “The idea behind the song festival this year is to celebrate aspects of the Schubert Club that many people don’t know exist,” van Bergen says. “Monday celebrates 125 years of Minnesota music. People forget we have these wonderful composers creating around us daily. This is a hotbed of compositional history, and commissioning [new music] is central to the Schubert Club. … On Monday, Wednesday, Thursday, and Friday we have music written by living composers who are here in the Twin Cities.

“Someone very close to us is Dominic Argento, and it happens to be his 80th birthday this year. Highlighting him on Wednesday is another reminder that we live among composers.

Thursday will offer a more traditional recital, she says. “Soprano Karen Clift is a former Schubert Club student scholarship winner who has gone on to do wonderful things. This year we’re celebrating 85 years of that competition.

“Friday will feature a group of songs written by founders of the American Composers Forum in memory of [former Schubert Club director] Bruce Carlson.

“For each night of the festival, we have asked different hosts to join us, the idea being that this is a festival and we should have different elements — humor, context, education, personal anecdotes. These are not going to be stuffy concerts.”

About Tuesday’s jazz show: van Bergen is predicting (with fingers crossed) “a gorgeous June evening. People can stroll around the hill area. It’s going to be a different side of the Schubert Club, and a nice introduction for people who don’t know us.”

So perhaps jazz isn’t that great a stretch for the Schubert Club. Given that Van Bergen is a self-confessed jazz fan, we may see more jazz connections in the future.

What: Judi Donaghy with a Tribute to the Vocal Legends of Swing
Where: The Commodore, 79 Western Ave. North, St. Paul. Map and directions available (scroll down to “click here for map and directions”).
When: Tuesday, June 10, 7 p.m.; pre-concert reception with cash bar at 6 p.m. ($15). Buy tickets online or call 651-292-3268. Festival pass available (save 40 percent).

Tanner Taylor Trio: He most often accompanies singers so it’s a rare treat to hear him lead his own trio. Read a preview here. The Artists’ Quarter, 9 p.m. Friday and Saturday, June 6 and 7 ($10).