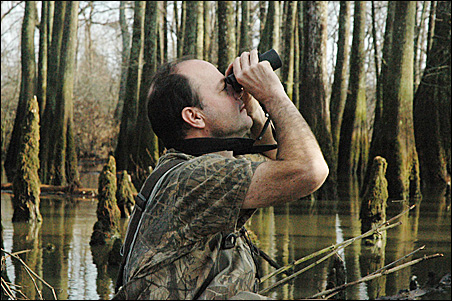 Staging a film festival at the start of summer in a state whose residents spend half the year dreaming of fresh air might seem counterintuitive. But the Solstice Film Festival — which opens its third-annual edition on Thursday night in St. Paul — was conceived by real-estate partner Devin Halden as an alternative not just to blockbusters but to arguably less formulaic summer events such as weddings and graduations.

“I don’t know if it was the name that came first or the date,” says the 29-year-old Halden of his inspiration. “I wanted the event to fall near the end of the film festival season in order to be in a position to get some of the best films.”

Kicking off with the low-budget thriller “Killer Movie,” the Solstice roster is slim by design — a dozen features, including documentaries, plus 18 shorts, all screened over a mere three days. “The experience of the festival shouldn’t be like drinking out of a fire hose,” says Halden, who graduated from the University of St. Thomas with an advertising degree.

Nor should it be like visiting a prairie home, says the Cottage Grove native, who used Garrison Keillor’s beloved Fitzgerald Theatre last year, but this year persuaded owners of the long-dark Galtier Plaza multiplex to let him spruce up two auditoriums for the occasion. Having spent the past week on cleaning the theater, fixing seats, and schlepping in new speakers and digital projectors, Halden is pleased to announce that the Lowertown venue “still has that nostalgic arthouse feel.”

Run by a slim staff of four, and operating in part through modest grants from the city of St. Paul, the Solstice Film Festival will need to broaden its reach to attract the numbers of people who have habitually attended the Cities’ more venerable summer film events. (See below for a list of this year’s reel attractions.)

But in addition to the locally made “Killer Movie,” Minnesotans may have a special interest in “Woodpecker” by Alex Karpovsky, a young Bostonian whose hilarious Brainerd-shot mock-documentary “The Hole Story” was the surprise hit of the Minneapolis-St. Paul International Film Festival in 2006.

“It’s like [Christopher Guest’s] ‘Best in Show,’ ” says Halden of “Woodpecker,” which Karpovsky will introduce on Saturday afternoon. “It’s an informational movie about birdwatchers — with a lot of comic relief.”