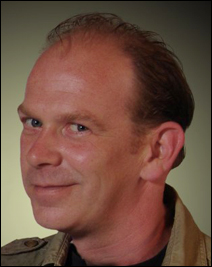 Courtesy of the Fringe Festival
Charlie Bethel steps in.

On the eve of the 15th-annual Minnesota Fringe Festival, executive director Robin Gillette has her hands full preparing 18 venues for 150-plus shows, 800 performances and 1,000 artists over 11 days.

“Mere minutes ago we had a show drop out,” Gillette said Monday, without a hint of panic. “So we had to find a replacement for it.”

The performing arts festival, reportedly the largest of its kind in the Midwest, starts Thursday in locales around Minneapolis.

Thankfully, the Fringe has a waiting list, and Gillette quickly found a replacement for “And I’m Not Making This Up” after an out-of-town presenter canceled because of illness. Chopping Block producer Anthony Paul was able to move veteran performer Charlie Bethel into the festival. With four days’ notice, they decided to prepare two shows for the aptly named “Beowulf or Gilgamesh — You Decide!”

It’s making for a whirlwind week for Bethel, who moved to New York City last year and just happened to be visiting the Twin Cities to take in, naturally enough, the Fringe. “Anthony called me last week when there was another cancellation, but we were half an hour late for that spot. After that, I told him he could say ‘yes’ and then to call me,” Bethel says. “We got the call.”

You can see videos of Bethel’s work here.

Going with the flow
Being able to roll with changes — or even one that gives a performer a few days to prepare — is a vital piece for any Fringe performer.

“It’s a freewheeling, ever-changing and fluid organization,” Gillette says. “What makes Fringe good is what makes a good fringe performer. You have to be able to rock and roll with it and to adjust as needed.”

Bethel has presented a number of one-person shows at the Fringe, including both “Beowulf” and “Gilgamesh,” along with “Tom Thumb,” a huge hit in 2007. Bethel thought the latter would be too complex for such a short time frame, and then couldn’t decide between the first two.

“There’s an unspoken rule at the Fringe that you don’t do remounts,” he says, “so I thought, ‘why don’t we let the audience decide?’ It’s a perfect way to deal with the remounting issue, because they audience doesn’t know which one they will get.”

Rewards come for those who can make that adjustment. Sure, a show’s time at the Fringe is pretty short — five performances in one location spread over the festival’s run — but it can live long beyond those confines.

Joseph Scrimshaw knows this. The longtime Twin Cities performer has become a festival staple, and several of his shows have gone on to greater things. In 2005, he presented “Adventures in Mating.” Since then, it has gone to runs in Seattle, New York, the United Kingdom, Bulgaria and soon will be seen in South Africa. But local audiences aren’t left out — Scrimshaw presents the show Mondays at the Bryant Lake Bowl. Last year, he created another success, as “Macbeth’s Awesome Scottish Castle Party” sold the most tickets of any show.

This year, Scrimshaw has two shows in the festival — “An Inconvenient Squirrel”  and “Dance of the Whisky Faerie,” created by Sara Stevenson Scrimshaw, his spouse.

“It’s been a lot to juggle,” he admits. “The shows are very different, but no matter what you work on, the same things do pop up.” 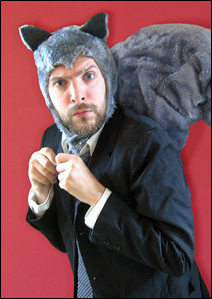 Courtesy of the Fringe Festival
Joseph Scrimshaw as “An Inconvenient Squirrel”

Room to grow
“An Inconvenient Squirrel” presents an all-ages fairy tale about a society where everyone is named for their job, and that name is selected at an early age. “The main squirrel doesn’t want to choose a name,” Scrimshaw says. “It looks at how limited we are if we define ourselves in one way.”

While a children’s show may seem out of character for Scrimshaw, the artist has spent several years working at the Old Gem Theater, a children’s company in New Richmond, Wis. He also sees his show as having universal appeal. “It’s like a Pixar film — think of ‘Finding Nemo.’ There is a maturity in the humor that is appealing to adults.”

“Dance of the Whisky Fairie” combines storytelling and dance to explore Celtic myths. Scrimshaw has spent his time working on the overall story line and the individual stories. 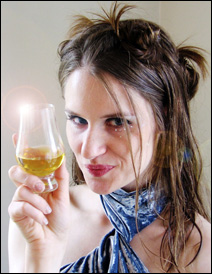 Scrimshaw sees two major benefits from his years at the Fringe. The first is just meeting other artists with similar interests, which can turn into future projects down the road. The second is about visibility.

“It gives you visibility that is hard to come by if you are not part of a traditional theater,” he says. “It’s a side door; a way to get more notoriety and to get your own name up front.”

The Fringe’s success over the last decade and a half means “we can leverage a certain amount of media coverage,” Gillette says. “There’s certainly more than for a small independent show that no one has heard of.”

Bethel has also enjoyed both the artistic and professional benefits of the festival.

“I owe the fringe a lot. When I first did ‘Beowulf,’ I didn’t do it for Fringe, I did it at the Jungle as a Monday night thing. It was at a point in my career I could not get hired in the theater community. Fringe was an opportunity to broaden my audience. Really what Fringe did for me was to showcase the work and collect the reviews and use that base to sell the work elsewhere. I could have not done it without Fringe,” he says.

“Artistically, Fringe stretches me as an artist and a theater goer,” Bethel says. “It takes us back to where we should be artistically — to first make the show good and then to make it marketable.”

Marketing is on Bethel’s mind this week, mainly because the show won’t be listed in any of the festival’s print advertising. “We are relying on word of mouth,” he says. “And I’ll be papering the venues as often as possible and making sure I have a presence in Fringe Central (the Bedlam Theater on the West Bank). These shows have been well received by audiences and critics, so when it comes up, it’ll be on people’s minds. That’s part of the perennial Fringe question — what did you see today, what did you like and what did you hate.”

Other MinnPost coverage of the Fringe:

So very Fringe: hidden gems among 30-plus dance offerings