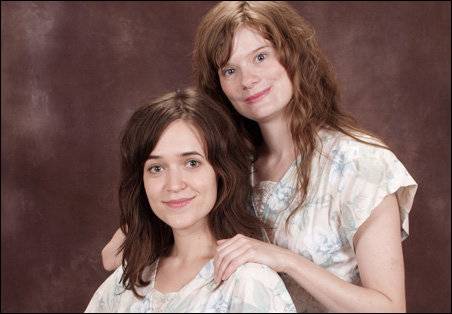 For nearly 30 years, Theatre de la Jeune Lune was Minnesota’s pre-eminent practitioner of physical theater, an art form that combines elements of circus, clown, dance, mime and occasionally puppetry. At Jeune Lune, the narratives were always driven by spectacular displays of physicality — not by the comparatively lazy approach of storytelling with dialogue alone.

When the announcement came, in late June, that Jeune Lune would cease operations, thousands of Twin Cities theatergoers were left to embark upon the grieving process. Some made impassioned pleas to our state and local government — in effect, they’ve argued for a publicly funded bailout. On Facebook, one disappointed theatergoer formed a group called “Goodbye Theatre de la Jeune Lune.” Closer to home — in my circle of friends — the news set a somber mood for discussion at dinner parties. (Full disclosure: I am a former employee of Theatre de la Jeune Lune, so perhaps I feel a particular impact.)

But it’s time to take heart, gloomy lunies! With plenty of shows that draw from the Jeune Lune’s tradition of physical theater, the 2008 Minnesota Fringe Festival offers a great opportunity for heartbroken arts lovers to rebound. In fact, many of the performers behind these Fringe shows have collaborated or interned with Jeune Lune in the past. In the case of one show, a Jeune Lune co-founder is even involved. Here are the highlights:

Live Action Set is a local favorite, a troupe of young clowns and dancers who compose thoughtful and, at times, political shows. In 2005, they wowed Fringe-goers with the sublime “Please Don’t Blow Up Mr. Boban.” This year, they return to the raw, undeveloped performance space in which they staged that first hit — the Soap Factory gallery.

A word to the wise: the Soap Factory lacks air conditioning. On hotter days, theatergoers can expect to stand elbow-to-sweaty-elbow. However, the sticky scene should be fairly apt for a show that deals in deviance. Over the course of the hourlong show, four characters succumb to overwhelming desires and end up indulging nontraditional — in some cases, unacceptable — behaviors. At times it’s disturbing; at times it’s funny. Best of all, it was created in collaboration with Jeune Lune co-founder Robert Rosen.

This “object/puppet symphony” is ultimately about failures in communication and understanding, but it also promises to be rich in old-fashioned visual flourishes — like a guitar made from cigar boxes and handwritten supertitles. It was created collaboratively by a cast of six — one of them is Katie Kaufmann, an unassuming but inventive theater-maker who studied clowning at the Dell’Arte International School of Physical Theatre in Blue Lake, Calif. She was lured to Minneapolis seven years ago for a yearlong internship with Theatre de la Jeune Lune.

Sara Richardson is a hilarious clown and physical actress — frankly, we’re mystified as to why she hasn’t been tapped by the big dogs at, say, the Guthrie Theater. She studied in Paris at Jacques Lecoq International School of Theater — the same place that schooled the founders of Jeune Lune — and was even lured to Minneapolis, in part, by an internship with the company. Together with Kimberly Richardson, a non-relative and dancer who has performed with Live Action Set, the Richardsons (Nosdrahcir is Richardson spelled backward) imagine the quirky lives and mannerisms of two socially awkward sisters. This promises to be a quiet, goofy show that’s equal parts comedy and tragedy.

Nobody is quite sure what will become of Jeune Lune’s gorgeous, old theater. In an uncertain world, don’t miss this opportunity to see one last physical theater performance in this endangered venue!

At the helm of the tiny, Minneapolis-based 3 Sticks Theatre Company is Jason Bohon, a graduate of the London International School of Performing Arts (a spin-off of Jacques Lecoq) who first arrived at the Fringe in 2006 to perform a lovely, movement-based show called “Mythed.” This year’s show tells the story of a general who has been humiliated by military defeat. She — yes, she — must seek to have her pride restored by a mystical gypsy. Earlier this month, the show premiered at the Kansas City Fringe Festival, where critics raved over the one-man orchestra as well as the cast’s inventive use of simple props.

“Your Happy Place”
And now for something entirely different: This roving piece of student-performed street theater is not officially part of the Fringe Festival. However, it is directed by an acclaimed young maker of movement theater, Jon Ferguson — he’s noteworthy for having directed Live Action Set in “Please Don’t Blow Up Mr. Boban.” Ferguson recently made the momentous purchase of a van: The vehicle’s roof will now serve as stage while Mr. Ferguson gives his teen-age students (from Stages Theatre) a crash course on the art of making scrappy street theater.

Other MinnPost coverage of the Fringe:

So very fringe: hidden gems in 30-plus dance offerings