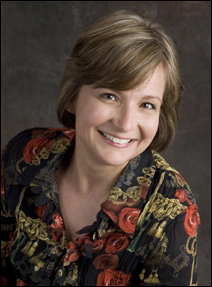 Courtesy of Light of the World Lutheran Church
Deb Stehlin

Deb Stehlin could sell you a Dilly Bar in the middle of a snowstorm. As a public relations executive for Dairy Queen for 15 years, that was her job.

But she believes her new pitch is way cooler. Give her 15 minutes, and Stehlin will have you convinced that the church is just what the world needs.

Specifically, the kind of church she pastors in Farmington. Light of the World Lutheran Church began worshipping last December. More than 100 people were attending by February. Now, it’s over 200.

“The messages I hear from most churches are, ‘Come to this church and it will make your life better,’ ” Stehlin said. “That’s part of it, but that’s only part of it.

“We’re developing an identity to look out, rather than just be concerned with our needs. The gift of starting new is that you can establish an identity, sort of the DNA of who you are.”

Maybe 4,000 churches start each year in the United States, from prayer groups meeting in coffee shops to congregations chartered by major denominations. Evangelical churches, such as Grace Church in Eden Prairie or Eagle Brook in Lino Lakes, are particularly known for planting “daughter” churches or branch churches.

“The world does not need another Lutheran church,” Stehlin said. “But the world needs Light of the World. It’s not just a vertical relationship — that Jesus is my savior. That’s important. But it’s a horizontal relationship, too. We see our faith compels us to act in the world.”

Light of the World already is larger than about three-fourths (PDF) of the congregations in the Evangelical Lutheran Church in America — or most other denominations, for that matter.

“They just keep coming, and they keep coming back,” Stehlin said. “They keep inviting their friends, and that’s just so cool.”

Shortly after leaving a huge Lutheran church in Apple Valley, where she had been one of seven pastors, to start Light of the World, Stehlin realized a “marketing plan” wouldn’t ignite the kind of congregation she envisioned.

“The books and the experts say you have to define your mission field, like a business would target a demographic,” Stehlin said. “I was talking to one of our members about it, and she said, ‘Isn’t our mission field everyone’s web of relationships, and we invite them to church?’ And that is totally what it’s turned out to be.

“We’re building this church one cup of coffee at a time.”

Part of the reason is simple: Most people go to church because someone invites them. Few will go if they’re afraid they won’t know anybody.

Dan and Laura Strumberger knew Stehlin well. Stehlin invited them to help build Light of the World, but they didn’t want to leave their former church.

“But her energy and the dream and the vision — when you hear it come from Deb … we really felt called,” Laura Strumberger said. “We could feel the excitement.”

Dan Strumberger is an air-traffic controller. It’s not unusual for him to work with a salty crew long on practical jokes and sarcasm.

“He’d come home and say, ‘There’s this Doreen on my crew, you don’t want to get on her bad side,’ ” Laura recalled. “Then he was talking about his new church, and they started teasing him. He kind of challenged Doreen to come to church. Pretty soon, she shows up. We figured we’d never see her again. And then, she kept coming.”

Doreen Ehler hadn’t been to church since she was 12. She was struggling to help her two young children deal with the death of their father, from whom Ehler had separated.

At the Strumbergers’ invitation, Ehler went to Light of the World.

“I’m surprised how supportive everyone is for a church that’s just starting out,” she said. “It’s not in your face, but they come out and ask, ‘How ya doing?’ If anything pops out, they say, ‘Oh, I’m sorry, is there anything we can do?’ “

“I’m only 4-foot-11, so people hear me preach, I think they’re shocked,” Stehlin said. “Maybe they think there are plenty of tall men to do it, so why me?”

There’s no yardstick, however, for Stehlin’s energy.

“They call her the Energizer pastor,” Ehler said. “I think that’s because she’s very passionate about what she’s doing.”

Stehlin is Light of the World’s only full-time staff member. But a group of “creative geniuses,” as she calls them, helps keep the ideas coming.

“They meet at the home of the moms with the youngest children, the ones who take naps,” Stehlin said. “Lots gets done around the kitchen table.” (The group came up with a slogan: “Don’t you love that new church smell? Come and hang with us.”)

It’s easier to spot a successful church than to know why one church flourishes while another flounders.

“If we had a crystal clear and precise answer to that, we’d never have any that don’t succeed,” said Bishop Peter Rogness of the St. Paul Area Synod, which has given Light of the World its blessing.

A lot depends on the pastor’s charisma, but Rogness says the church isn’t into establishing personality cults.

“Deb’s encounters with people are not perfunctory but profoundly spiritual,” Rogness said. “She is very outgoing, very relational, quick to reach the heart of people’s lives and the heart of the faith that we draw people toward.

“But when people see something of value there, then it’s not just Deb that’s the magnet, but the people who begin to form that faith community.”

That’s where Stehlin’s horizontal-as-well-as-vertical thinking comes in, connecting people not only with Jesus but with each other.

“I was sitting with some people in Farmington,” she said, “and they were saying, ‘We don’t know any of our neighbors. In an emergency, we wouldn’t know the last names of who was able to help.’

“Now, they know a ton of their neighbors.”

At Light of the World, it’s also easy to see what the church isn’t doing.

It isn’t buying or maintaining a building, at least for now. (It meets in a school.) It’s not yet teaching Sunday school classes; everyone goes to church together, and children help lead worship. It’s not devising programs to attract a certain type of churchgoer.

“There are all types of big, shiny churches — especially in the Twin Cities area — with programming up the wazoo, and we’re inviting people to come worship in a cafeteria,” Stehlin said. “But people say there’s a strong sense of community here.

“Right now it’s kind of a gift to not have a building. We can be out in the world, not behind a brick wall, but out in the world being followers of Jesus so everyone can see.”

What: Light of the World Lutheran Church
Who: Founding pastor Deb Stehlin set her sights “on the corner office” in the corporate world. But when her son was born very ill 16 years ago (“he almost died”), she quit her job. “It was sort of like jumping off a cliff,” she said. “I didn’t know where I was or where I was going to land. Or if I was going to land.” She entered seminary in 1997.
Quote:  “I thought I’d have to read all these books about how to start a church, but it’s about four words: ‘Trust how God works.’ “
Where: Light of the World meets during the summer at Farmington High School, and beginning Aug. 31 will meet at North Trail Elementary School in Farmington. Sunday service at 10 a.m.
For more information: 651-463-7001; online here.