Until recently, Orchestra Hall has not been much of a player on the jazz scene. It has hosted the occasional jazz event — Keith Jarrett in 2001, the Indian jazz fusion group Shakti in 2003, a late-night set with pianist Fred Hersch in 2005, Pat Metheny in 2007, Dave Brubeck every other year or so.

And of course Doc Severinsen, who first appeared with the orchestra in 1965, served as principal pops conductor from 1993-2007, and returns this weekend (July 11-12) for two Latin-themed concerts.

It’s been tough to find non-Doc jazz at the hall on the mall. Until recently.

This year I’ve already been to Orchestra Hall six times for jazz shows and I haven’t seen everything I could. A new series called Jazz at Orchestra Hall launched with three concerts and an official brochure. A tribute to Louis Armstrong with Delfeayo Marsalis in April was followed in June by an all-star program hosted by Sean Jones, lead trumpeter for the Jazz at Lincoln Center Orchestra.

Why the change? Credit goes to Lilly Schwartz, the Orchestra’s director of pops and special projects since September 2006. She’s a jazz fan, she knows a lot of jazz artists, and she believes jazz belongs at Orchestra Hall. 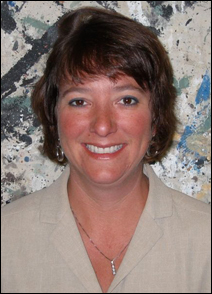 Not only in a special series, but also throughout the year.

Several jazz artists will perform during the annual Macy’s Day of Music celebration this weekend, and during the free concerts on Peavey Plaza before and after Sommerfest shows.

The Jazz at Lincoln Center Orchestra with Wynton Marsalis will spend two days here in March. And the jazz series will continue, curated by an artistic director to be announced later this month.

‘The more on the corner, the better’
Does any of this worry Lowell Pickett, whose Dakota Jazz Club and Restaurant is only a block away? Not at all. In fact, Schwartz and Pickett have become good friends, even collaborators.

“We talk about artists all the time,” Schwartz says. “I’ll spend five minutes with [Pickett] as I’m walking into the club, we’ll have lunch together, we throw ideas around. We touch base at least once a week on the phone. We’re pretty much in constant contact.” 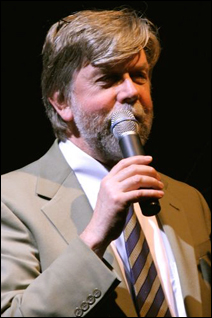 Pickett considers Schwartz “such an interesting person, doing interesting things. … She’s pushing the envelope in ways Orchestra Hall has not thought of before. In the past they’ve had more of an institutional attitude, more conservative, with shows that had a proven track record.”

The relationship between Orchestra Hall and the Dakota offers real benefits to jazz aficionados. Subscribers to the Jazz at Orchestra Hall series received a Dakota gift card. But it’s the traffic between the two venues that is proving most interesting.

When Irvin Mayfield brought his New Orleans Jazz Orchestra to Orchestra Hall on a Friday night in February, the Dakota’s late-night calendar cryptically read “special guests.” The club was holding a spot for Mayfield and his band, who played a high-energy set that ended with a second-line dance through the club. The cover was the usual late-night $5.

In May, when Sir James Galway came for two concerts at Orchestra Hall, he performed at the Dakota with members of the Cuban group Tiempo Libre, with whom he was about to record a new CD. People who were there described it as one of the best shows they have ever seen.

Personally, I’m still buzzed about the night I went to the Dakota and met the opera diva Kathleen Battle, who was sitting at a table enjoying the music. She was here to sing with the orchestra and Schwartz thought she needed an evening out.

Orchestra Hall seats just under 2,500; the Dakota about 130 with the curtain closed between the jazz club and the restaurant, 250 with it open. How can they compete? By not competing.

“People feel things between us are competitive,” Schwartz says. “I don’t have that philosophy.”

“Some artists might be in either place,” Pickett says. “I’m happy when they can be at Orchestra Hall. It’s better for them financially, and they expand their audience. The next time they come to the Dakota, they’ll have a bigger audience because more people are familiar with them.”

“The Dakota is a great way to bring someone into the market,” says Schwartz. “Like Irvin Mayfield. Then, when he comes to Orchestra Hall, there’s a base for him.”

The bottom line? Schwartz sums it up: “What we’re saying is that it works to both of our advantage … our relationship is simpatico. Mutually supportive.”

“To think in terms of competition is absurd,” Pickett says. “For us, it’s a wonderful thing to have Orchestra Hall presenting the kind of music we think is important. It feeds what we’re doing. It’s the gas-station theory of economics.”

“The more on the corner, the better.”

Free Music on Peavey Plaza. All during Orchestra Hall’s Sommerfest, you can enjoy free music on Peavey Plaza before each concert. The jazz lineup this year is pretty amazing, starring with Doug Little’s Seven Steps to Havana on Saturday, July 12. View the schedule here.