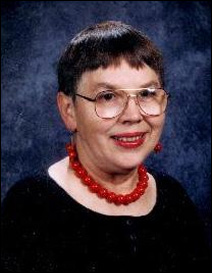 “I was always attracted as a little girl to Bartlett’s quotations,” says McGarvie, a retired social studies teacher who lives in a Minneapolis suburb. “It felt like I was communicating with the ages.”

At least five decades after her girlhood, her collection of quotations has rivaled — and surpassed — Bartlett’s work. Her CD chronicling quotations contains more than 12 times the 11,000 entries in the first edition of Bartlett’s “Familiar Quotations” published after his death in 1905.

Compiling 138,000 quotations didn’t happen overnight. She has worked on it for more than 30 years and, at age 68, hasn’t given it up yet. Where did she get all those quotations? From “many, many books,” she says. “I get Garrison Keillor’s ‘Writer’s Almanac’ in email every day. And there’s a news group on the Internet, where I exchange quotations with people in England, Australia and around the world.” That opened up another sort of world to her: communicating with other quotation junkies.

A quotation for everything
Her criteria for latching onto a quotation: “You know how somebody can say something, and it gets stuck in your mind?” Sometimes, she says, it’s a quotation with which she doesn’t agree.

Equipped with her first computer, she began in 1986 to organize quotations she had collected into categories — 1,636 of them — each category alphabetically ordered by the authors’ names.

Power, for example, is a category. And high on that list a quotation from John Adams: “Power naturally grows, why? Because human passions are insatiable.”

Then comes this from Henry Brooks Adams: “A friend in power is a friend lost.” Among McGarvie’s favorite quotations is this one from Gloria Steinem: “Women are not going to be equal outside the home until men are equal in it.” And this — McGarvie’s own — has been quoted widely, she says: “An architect is the drawer of dreams.”

McGarvie’s CD, “Amazing Grace’s Eclectic Quotation Collection,” zooms into the high-tech age with its applications for Microsoft Word Document (DOS), Appleworks for Macintosh computers and plain text (rtf). The decision to market her product on CD was difficult for her, she says, because of a quotation in her collection from writer Robert M. Hamilton: “A book of quotations — can never be complete.” She countered that hesitation with her CD, which allows searching by word, category, phrase, author and source, and the ability to copy it onto a hard drive to add your own quotations and correct any errors. “I think there are a few,” she admits, “but even Bartlett’s has errors.”

No end in sight
McGarvie likes to think of herself as a “next-generation StarTrekker.” Yet the CD’s name is also inspired from her history of teaching politics, government and economics for 28 years at Wayzata High School. “The kids at school used to call me ‘Amazing Grace’ as a joke,” she said.

After retiring from the classroom in 2000, she continued working on the collection. She has sold several dozen copies of the CD, despite little effort to market it because “I enjoy collecting more than selling,” she said. Cost of the CD is $30 plus state sales tax (which would be $2.08 in Minnesota). Orders can be placed at www.paypal.com or by mailing a personal check to 18520 23rd Ave. N., Plymouth, Minn. 55447, for shipping to a designated address. Email: gemcgar@comcast.net. Or visit her website.

The quotations project is among several of McGarvie’s passions — a plus she recommends in retirement. “There’s not enough time in a day to have as much fun as I want to,” she said. “You should always take what you’re interested in and go with it. Even if it doesn’t go anyplace.”