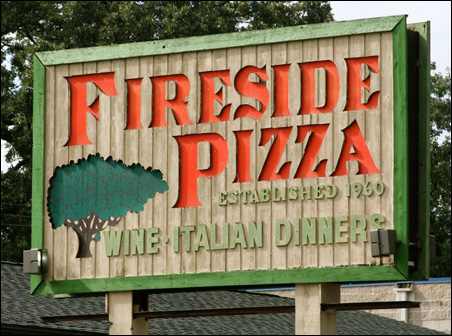 Driving through northern Wisconsin awhile back, I saw a roadside sign that summed up American inventiveness: “Cheese and Taxidermy.” Give the people what they want, even if they aren’t related.

Like, for example, cheese pizza and jazz. Every Monday and Wednesday, the two are served with equal excellence and zeal at Fireside Pizza, a venerable business on a tired stretch of Penn Avenue South in Richfield.

Rising jazz/urban blues/soul star José James got his career start there. He was a student at South High School in Minneapolis when he began performing at Fireside with his teacher Denny Malmberg at the keyboard.

The late beloved pianist Bobby Peterson was once a regular at Fireside. So were guitarist Clay Moore and his group Satin Jazz.

For the past three years, the headliners have been Malmberg and singer Charmin Michelle. Unless Malmberg is in New Orleans, where he goes to play, or Michelle is in Spain, where she often tours, you can find them there every Monday and Wednesday from 7 p.m. to 9 p.m.

Last week, Michelle’s extended family filled the long table at the back of the restaurant. Maryann Sullivan, host of MPR’s weekly radio show “The Jazz Connection,” came to sing some Peggy Lee songs. 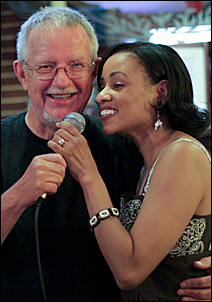 Earlier this week, pianist Jeanne Arland Peterson paid a surprise visit with her daughters Patty and Linda and sat in for a while. Jim Ten Bensel stepped up to play his trombone.

“Fireside is a happening place on Mondays and Wednesdays,” Malmberg says.

‘You know music, I know pizza’
How did that happen? At some point in the past, original owner Dave Miller decided to feature live music one night a week. When Rich Thompson bought the business in 1996, he kept the music going. Someone introduced him to Malmberg. Before long, Thompson told Malmberg, “You know music, I know pizza. You handle the music, I’ll handle the food.”

There is no stage, just a small area near the fireplace in the corner. Cases of beer and soft drinks are stacked there as well; there’s no place else to put them. Fireside is also a sports bar with large flat-screen TVs that are turned off before the music begins. (Look around for signed photos of champion golfer Tom Jenkins and hockey star Andrew Brunette.)

The place has a lakeside cabin feel, with paneled walls, beamed ceilings and a giant faux tree that rises up from the floor. The booths are nothing fancy but if you arrive early enough you can score one along the wall with a shingled roof and curtains.

At some dining establishments with live music, you can’t hear the singer above the din. Not true at Fireside. Maybe because it’s small (it seats 112), maybe because it’s a family restaurant and not a see-and-be-seen place. Or maybe it has to do with the kind and quality of the music.

“We do American jazz classics, music from the American songbook,” Malmberg says. “Charmin has a wonderful repertoire of unusual tunes.” She also has a beautiful voice that insinuates rather than demands. Like a silk scarf in a breeze, it floats above the chatter and the laughter and the telephone ringing for take-out orders and deliveries. Listen on her MySpace page.

Sometimes people don’t expect music when they come in for a pizza or a plate of spaghetti. “They see the speakers and think, ‘Oh, no, is it going to be loud?’ ” Michelle says. “Those are the people I like to reach. Next thing you know, they recognize a song. Then they might send a request. If we know it, we’ll do it. They end up leaving tips for us.”

Thompson would offer more jazz if he could. “I want to have a jazz cellar open four or five nights a week, where people sit at tables with white cloths.” He also wants a banquet room, a bigger kitchen and better parking.

Like other businesses in the area, Thompson is looking to the city of Richfield for help. “We’ve been approached three times about revitalizing Penn Avenue. First in 1998, then four years ago, now again. … Every time they say they’re going to do something, they switch and do Lyndale or Cedar. I’m very frustrated. We have outgrown this spot and can’t succeed here anymore.”

Will Fireside stay or relocate? Thompson isn’t sure. Meanwhile, the music is authentic and the pizza is delicious. Crisp cracker crust, fresh ingredients. Build your own or try the new Kiss My Pizza — white sauce, spinach, basil, tomatoes. And you might ask Charmin Michelle to sing something by Blossom Dearie.

Irv Williams Birthday Celebration: The tenor sax legend known as “Mr. Smooth” just turned 89. Watch a video from last year’s birthday party at the AQ, then ask yourself, “Why would I miss this?” The Artists’ Quarter in St. Paul, Friday and Saturday, Aug. 15-16, 9 p.m. ($10).

John Pizzarelli: It’s sheer coincidence that his last name contains the word “pizza.” The guitarist/vocalist/son of Bucky brings his version of the American Songbook to town. One night only, much anticipated. Visit his myspace page to hear two tracks from his latest Telarc CD. The Dakota, Thursday, Aug. 21, 7 p.m. and 9:30 p.m. ($40/$25).