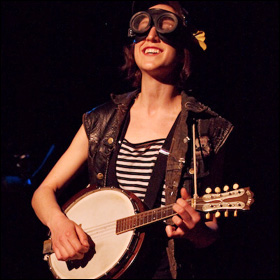 Courtesy of the Fringe Festival
“You’re No Fun”

One of my favorite things about the Minnesota Fringe Festival is the aggressive manner in which theatergoers generate and seek out buzz.

An outtake: While standing in line to see Bedlam Theatre’s production of “You’re No Fun” on Saturday evening, I saw Kevin Bitterman, an old friend who now works for the Bush Foundation, who, in passing, shouted through the noisy crowd: “Go see the Four Humors show — it’s hilarious.” The woman who was standing in line behind me (a complete stranger, no less) overheard his endorsement. “I agree,” she offered. “It was excellent.”

So when I got home that evening, I looked at the Fringe Festival website and scheduled my appointment with Four Humors’ show, “Mortem Capiendum.” (The next showing is Thursday at 7 p.m.)

Then, while standing in line to see “The Gypsy and the General” on Sunday night, I struck up conversation with even more strangers: “Have you seen any great shows? Is there anything you recommend?”

From what I heard, “The Mistress Cycle” is well-worth seeing. But then again, who isn’t curious to see a show that stars singing, chair-straddling adulteresses! Personally, I’d like to see the show’s creators — director Perrin Post and producer/musical director Mindy Eschedor — stage a sequel called “The Kept Man Musical.” For now, however, I look forward to seeing this sexy revue, which features plenty of bold, big voices, including Broadway veteran Jen Burleigh-Bentz. But you’ll have to go early if you plan to catch the next showing on Friday at 6 p.m. Andrea Leap, another of the show’s talented performers (she plays diarist Anaïs Nin), recently told me they’d turned plenty of people from their fairly tiny venue, the Bryant Lake Bowl, during last weekend’s performances. 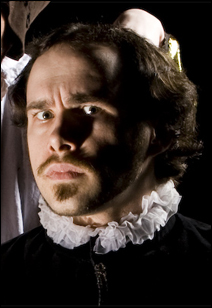 Courtesy of the Fringe Festival
“Shakespeare’s Land of the Dead”

On Tuesday, I received a cheerful message via Facebook from Walking Shadow Theatre Company. I had met one of the show’s creators, David Pisa, at the July 21 Fringe-For-All preview (he gave me a promotional postcard and a tiny plastic zombie toy). As it turns out, their show, “Shakespeare’s Land of the Dead,” which features a gang of Elizabethan zombies crashing the Globe Playhouse, was the top-selling show on Fringe Festival’s opening weekend. (Next showing: Sunday at 7 p.m.)

This got me wondering about the festival’s other hits. Matthew Foster, communications director of the Fringe, pointed me to this handy table (PDF) of last weekend’s top-selling performances. Nothing too surprising here — some sweethearts of the local theater community, such as Joseph Scrimshaw and the Brave New Workshop’s Mike Fotis, did extremely well. Meanwhile, Lili’s Burlesque dancers reaffirmed the everlasting appeal of twirling pasties with their hit, “The Underpants Show.” (Next showing: Saturday at the appropriately late-night hour of 10 p.m.)

Two of the best shows I saw on opening weekend are also top-sellers: Bedlam Theatre’s hilarious, vaguely punk musical “You’re No Fun” and Live Action Set’s dark and disturbing “Deviants.” And the buzz about Four Humors has apparently made the full rounds — two performances of “Mortem Capiendum” were among the top-25 sellers.

Frontlines of the Fringe: Festival buzz and the making of hits