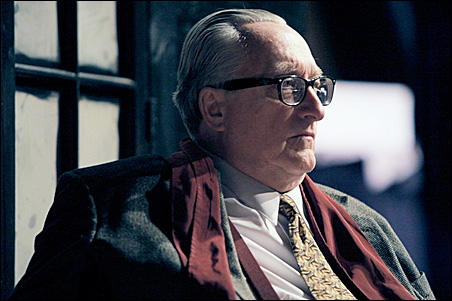 For 17 years, the Jungle Theater has been synonymous with founder Bain Boehlke, the idiosyncratic director, designer and actor who has put his distinct stamp on numerous modern classics. For many, Boehlke is the Jungle.

Next year, that will change.

Boehlke – currently co-starring in “A Life in the Theater” – will step aside Jan. 1 to take a one-year leave of absence. During the year, Joel Sass, the Jungle’s assistant artistic director, will take over Boehlke’s duties. Boehlke calls this period a “breather.”

“When I started the Jungle, I would take a couple weeks off after I directed a show, to let the productions wash away so I could stay fresh,” Boehlke said. “But after a while the shows began to pile up and I seemed to need more time for rejuvenation. I have been feeling the need for over a year, and it’s entirely natural that the time is now.”

Founded Jungle in 1991
Boehlke, 69, has acted on Twin Cities stages since the 1950s, including decades of work at the Children’s Theatre Company. He started the Jungle Theater in 1991 in a 93-seat house at Lyndale and Lake in Minneapolis. The company quickly drew an audience for its compelling productions and unique design. The Jungle moved into its larger (151 seats) digs at 2951 Lyndale Ave. S. in 1999.

There’s no doubt that the Jungle is firing on all cylinders right now. The 2008 season has included artistic and financial successes. The company had a surplus last year and is on pace for one this year as well. Sass has moved into his role and put a distinct stamp on several productions, including the company’s summer hit, “Hedwig and the Angry Inch.”

The two will collaborate to select shows for the 2009 season, though once it is set it will be Sass’ baby, as he set to design and direct all of the offerings.

“This is a fabulous opportunity for me as a young director to do more of what I have been doing the past couple years,” Sass said. “As Bain has said, the Jungle is and always has been this wonderful organic entity. I look forward to contributing to the living life of this theater. I liken it to putting more fertilizer on a beautiful rose bush that Bain has cultivated.”

And what will Boehlke do?

“I am going to travel and visit theaters around the country. I am going to spend time in Puerto Vallarta, Mexico, the place where the idea of the Jungle was born,” Boehlke said. “I’ll also be going to Hawaii to stay with friends for an extended time. I’ll work on a few projects for the theater that I simply haven’t had time to get to these past few years, and I’m promising to write a blog!”