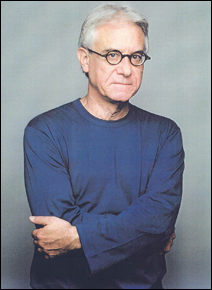 Greil Marcus on Bob Dylan is a match made in High Fidelity heaven: A highly influential and formidably intellectual analyst of American pop culture parsing the most profoundly creative and myth-generating troubadour of our time.

Marcus, a seminal shaper of modern music criticism since his days as the first-ever record reviews editor for Rolling Stone, has written two books about Dylan: “Invisible Republic: Bob Dylan’s Basement Tapes,” and “Like a Rolling Stone: Bob Dylan at the Crossroads.” Tomorrow at 5 p.m., on the University of Minnesota campus, he will appear with Todd Haynes, director of “I’m Not There,” the brilliant and occasionally bewildering bio of Dylan that Haynes himself has said was inspired in part by Marcus’ work. On Saturday night at the Walker Art Center, Marcus will introduce and then lead a post-screening discussion about “I’m Not There,” at 7 p.m. And a week from today, Dylan will perform for the first time in his career on the campus of the U of M, where he briefly attended school — starting the concert just as the polls are closing on perhaps the most important and historic presidential election in the singer’s lifetime.

It seemed like an appropriate time to talk with Marcus, who is teaching a short course at the U of M this fall and graciously agreed to a phone interview last Sunday.

MinnPost: Todd Haynes has specifically cited your writing as one of the influences and inspirations for the making of “I’m Not There.” Did you immediately notice this?

GM: Yeah, Todd had set up a screening in August of last year and when the movie got to the riddle section [featuring actor Richard Gere], I said, ‘Hey, wait a minute, I recognize this.’ But he is so inventive visually. He is no mere narrative storyteller. He gets things right in terms of what things did look like or ought to look like at certain moments in time, the images in front of the story. And in the riddle section that is especially true.

MP: Todd has been quoted as saying that people like and understand the film more with multiple viewings. How many times have you seen it?

GM: About five I think. Because it is so alive visually. Most people, me included, see a movie for first time and the energy is going toward figuring out what is happening, who is who and what is what, and in disjointed film like this one takes a lot of work. But there is so much going on visually behind all of that. Each time I see the movie, the opening sequence seems more and more powerful, and more valuable.

Bob Dylan and his band performing “Masters of War” at Stadthalle, Vienna, Austria on June 10, 2008.

MP: As an artist, Dylan has been notoriously allusive and elusive, refusing to be pigeonholed and disdainful of being anointed as a protest singer or the voice of his generation. Consequently, there is a lot of myth and obfuscation built up around him. Why do you suppose it has unfolded this way?

GM: It comes back to him because intellectually he doesn’t rest. He is always thinking, probing; he doesn’t seem to ever be bored as an artist. He is interested in new music or a new discovery, like an 80-year old Blind Blake track he hasn’t heard before. I always felt that what drives his work is an extraordinary gift for empathy, for imaging himself into characters who outwardly are nothing like him — from another century, or female, or black, or older or younger. As a very young man, he sings “No More Auction Block”; this is a song that originated from being first heard from black soldiers during the Civil War, but my god, [when Dylan is singing it] he is on the auction block. It is not acting, it is going into character and leaving himself in some way. That’s what draws me back.

I don’t think his not wanting to be known is that complicated. Because he was able to write songs that — as Joan Baez and so many other have said — speak to what we are feeling and can’t express, and because of that gift of empathy I just mentioned, he connects with so many people. They think, ‘He knows me and so I know him. If we could meet, we could become best friends and I could become him.’ These are psychotic leaps that in some ways are what being a fan is all about. But that happened to him with so many people who took themselves seriously — college students and radicals and people who felt they had a gift to give to the world —  that, as he said in [his autobiography] “Chronicles,” there were people coming down his chimney and through his doors and windows. Dylan noticed what happened to Elvis and worked hard to avoid that fate. At first he wanted to be Elvis Presley, but he learned he didn’t want to be defined by Elvis Presley, that he could go beyond that.

MP: Were you surprised at how much he came out of hiding in “Chronicles,” how forthright he was?

GM: I was surprised by two things. One, that it was so clearly written. You can sense the choices between one word and another. This wasn’t spoken into a tape recorder or ghost-written. There are lines like him talking about ’50s rockabilly artists [who play like they are] navigating burning ships — flashes like that. The other thing is just the concept of the book, which totally ignores years that made him into someone whose book we would want to read. It is like Eisenhower writing his autobiography and leaving out the Second World War.

MP: Speaking of glory days and pivotal moments, Dylan is enjoying an amazing creative resurgence. The three records of original material he has put out in the last 10 years have all been highly acclaimed and appeared at or near the top of critics’ polls. But culturally, they don’t seem to have had the same profound impact and resonance that his classic material from the mid-60s had. Do you agree?

GM: Well, you are talking about completely different times and different audiences. Bob Dylan now is 67 years old. The notion that anybody could achieve the kind of cultural critical mass that Dylan — or for that matter, The Beatles — achieved seems very far away. But I would also say that we shouldn’t speak too soon. Someday we may look back on “Time Out of Mind” [released in 1997] as a defining artistic statement in the same way as “The Great Gatsby.” The album was released just before Clinton was taken down with the Monica Lewinsky scandal, and also look what was happening when he wrote it. Clinton had been reelected in the most insignificant way — he let Bob Dole beat himself. One of the big issues of that election was school uniforms. As much as he could be, Clinton was an empty vessel, consciously running a race about nothing. And at that time Dylan is making an album about a ruined landscape, a country that has used itself up — it is a completely nihilistic record. We will look back on that and it will loom larger than it does today.

Bob Dylan performing “A Change Is Gonna Come,” during a Sam Cooke Tribute at the Apollo Theatre in 2004.

MP: Which brings us neatly to Tuesday night, when Dylan is playing the U of M, where he was briefly a student, for the first time, at the same time Obama and McCain is being decided. Do you think it will be a special, historic concert?

GM: Well, I can’t imagine it is a coincidence. It’s too perfect. It is not Dylan at Xcel Center. It is Dylan playing on a campus he attended, a five-minute walk from the little dingy apartment by Gray’s Drug where he used to live.

It will be a historic event depending on the quality of his performance. I heard what he did with “Masters of War,” on Election Night in 2004, performing in Wisconsin. Nobody yet knew the outcome of the race. And he sang “Masters of War” as if the fate of the world was in the balance. So it won’t just be because of the date; what he is able to offer will or won’t make it a historic night. He is capable of putting in a terrible performance, although I don’t think he will. He has made it clear he is for Obama and most of the audience will be for Obama. As an Obama victory has become more likely, I think the alternative is that it will seem more monstrous if he loses. Win or lose, I don’t know how [Dylan] will respond to the situation. But I am planning to be there.