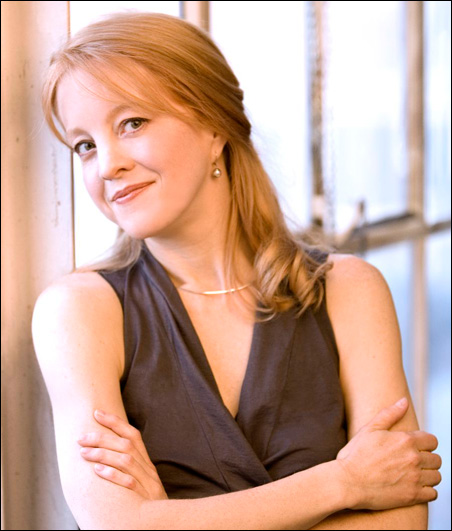 I was in the audience at the Monterey fairgrounds. The commission, her second for the festival, made me think of birds and cattails and sun sparkling on clear blue water.

This Thursday, Oct. 23, Schneider will conduct another commission and world premiere. Only this time it’s classical, not jazz. This time it’s in Minnesota, not in California.

“Carlos Drummond de Andrade Stories” will be performed by the Saint Paul Chamber Orchestra and sung by the acclaimed soprano Dawn Upshaw, an SPCO artistic partner and fan of Schneider’s music.

For Schneider, the SPCO commission presented a series of challenges. It was her first time writing for a classical orchestra, a very different animal from her own jazz orchestra: lots of strings, no piano, no drums, no open spaces for improvisation. Her first time writing for a classical singer, and not just any classical singer: Upshaw is an international celebrity, four-time Grammy winner and recipient of a MacArthur Foundation “genius” grant. Her first time using a text; she chose four Brazilian poems translated by Pulitzer Prize winner and former U.S. poet laureate Mark Strand.

When Schneider steps on stage at the Ordway on Thursday, it will also be her first time conducting a classical orchestra. 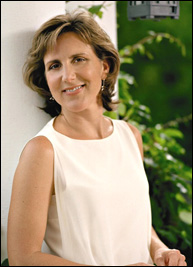 Timekeeper vs. a ‘flow queen’
“That’s a whole ‘nother thing,” Schneider said during a phone interview. “With my band, what I do is try to give the feeling of the emotion and the flow. My gestures are much more dance-like. But a [classical] orchestra, from what I hear, needs the time element. I’ve got to try to restrain myself to be more of a timekeeper and not the flow queen.” (Watch Schneider lead her jazz orchestra in the Brazilian-flavored “Choro Dançado” here.)

How did the commission come about? “I first heard [Schneider’s] music through Osvaldo Golijov,” Upshaw explained. (The Argentina-born composer wrote his breathtaking “Ayre” song cycle for her. Listen to a selection here.) “He sent me her ‘Concert in the Garden.’ I fell in love — with her, with her music, with every player in her band. Then I went to hear her play. We met and hit it off.”

The idea of a new commission by Schneider “just sort of popped into my head,” Upshaw said. “I knew it would make her a little nervous. It helped that Minnesota is her home state.”

Once the commission was in place, Upshaw stepped back. “I wanted Maria to take it wherever she wanted to go. Once I feel that strongly about [a composer’s] music, I feel completely trusting and comfortable letting them decide where to go with it. … I hope for someone to take me on a road I never imagined.” They talked about poetry and poets. “When she would write a melody, sometimes she would call and sing it to me over the phone.”

Schneider has a special affection for Brazil. She has traveled there, performed there, and jumped off a cliff in Rio de Janeiro; her composition “Hang Gliding” captures the grace and exhilaration of that experience. A friend introduced her to the poems of Carlos Drummond de Andrade (1902-1987), an artist so popular in his native country that one of his poems was printed on a bank note.

“I loved Mark Strand’s translations,” Schneider said. “The poems are very story-like. They swing between pain and humor and charm.”

Poems ease the way
Before finding the poems, Schneider said she was “terrified about doing this. I was avoiding Dawn. Then I found these poems and started working. I felt so liberated writing for poetry and voice, because the words give you the rhythm of the phrase and the emotional intent.”

In June, Schneider and Upshaw met for a read-through in New York City with classical musicians from the area. Upshaw was happy. “It’s gorgeous. Beautiful, playful, colorful, as all of her music is.”

“It’s not jazz,” Schneider said, in case anyone is wondering. “But everybody who has heard it says it sounds like me.”

Strand began translating Drummond’s poems during a year he spent living in Brazil and learning Portuguese. “I liked his (Drummond’s) light touch with narrative, his evocations of small town life, and his charm,” Strand wrote in an email. He’ll be in the audience on opening night. He looks forward to hearing Upshaw and “the settings of Maria Schneider whose work I have heard live and thought brilliant.”

The rest of the program — works by Ravel, Hindemith, Delage, and Bach — was co-curated by Upshaw and Schneider. “We asked her what other classical repertoire she felt drawn to and connected to in some way,” Upshaw said.

So not only will we hear music Schneider wrote, but also music she enjoys. “Ravel has been a huge influence on my music,” she said. “And if I had to listen to just one thing before I die, it would probably be Bach.”