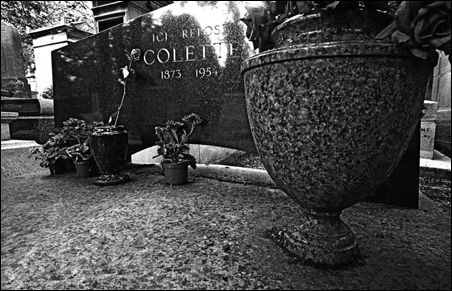 With the bleakness of winter just beginning in the Upper Midwest, perhaps it’s time to start thinking about Paris.

A good way to get into it is to look through “Paris Photos/Paris Walks,” a unique and uniquely engaging new book by Minneapolis photographer Peter J. O’Toole that crosses an art portfolio with a travel guide. Look through it and all the appalling things you’ve heard about Paris being plasticized by Disney and overrun with American fast-food vendors fall away.

This is the Paris we dreamed about when we heard Judy Collins sing “My Father.” In pictures that capture sidewalk cafés we expect to see a young, insouciant Belmondo or a tragic-faced Piaf. We see painters trying, once again, to capture Notre Dame in watercolor and shopkeepers opening doors on winding cobbled streets where Gallic street musicians play accordions. And we think, it’s still there.

O’Toole, who works as a compliance official with the City of Minneapolis, made annual trips to Paris over nine years, where he spent most of his time on his feet, carrying a manual camera and shooting black-and-white film.

O’Toole first visited Paris for the most romantic of reasons. He had studied photography at the University of Minnesota and he believed the old mantra about Paris and artists.

“Everyone said it,” O’Toole explained. “If you’re going to develop your artistic skill, you need to go to Paris. It’s the place to practice your art.”

And so, in 1996, O’Toole accepted an invitation to walk around Paris with John Elsing, who introduced him to the traits of a flâneur. O’Toole was hooked, and for the next nine years he visited the city with his partner, Tim Schultz. The book is dedicated to Elsing and the maps of the “Paris Walks” sections were hand drawn by Schultz.

“I think it was about the fifth trip that the idea of producing a book dawned on us,” O’Toole said, adding that four more trips were dedicated to collecting additional images for each of the “walks.” Some of the pictures are in the style of street photography, taken without composing the shot or interrupting the activity under view. Others involved slow-speed night photography, and others are still-life compositions.

14 walks through the city
The book is organized into 14 walks through the city, each with a short description and map, followed by generally uncaptioned photos. If done at a healthy stride, none of the walks would take more than an hour, although O’Toole thinks a dedicated flâneur ought to spend hours drinking in the sights and pausing for moments.

“It’s my hope that this book provides insight for anyone who wants to go to Paris and actually, physically experience the city and get an intimate idea of it,” O’Toole said. “But I have to admit that I wonder about the market for the book, because it was created for myself in the first place. I suppose that’s what aspiring artists do, at least in the beginning.”

The book, a handsome thing with a built-in bookmark, is being sold at the Walker Art Center‘s bookstore and at Garrison Keillor’s Common Good Books shop in St. Paul (165 Western Ave.). O’Toole is also selling it through his website. Price: $65.