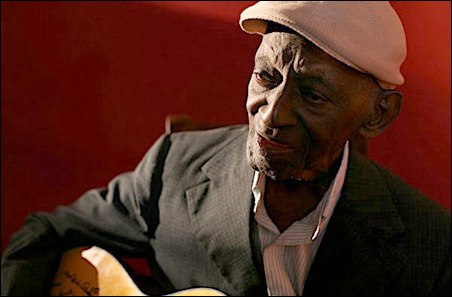 In what may be a historic first, a work conceived by a Minnesota composer and officially sanctioned by Cuba’s government, will get its world premiere next week in Havana, followed by a performance in Miami Beach.

And while there’s no evidence to support this, I think it’s hard to believe that there won’t be a performance of the multimedia theater piece in the Twin Cities sometime in the future.

Sage Lewis, 30, says he’s spent nearly five years working on “The Closest Farthest Away” (“La Entranable Lejania”), a high-tech project that blends film and live actors, dual languages, a tapestry of musical idioms and 360-degree imagery. (You can hear some of the music here.)

But the inspiration goes all the way back to when Lewis was a 16-year-old who went to Honduras under a program connected to the International Baccalaureate program at Southwest High School in Minneapolis. “I fell in love with Latin America,” said Lewis, who now lives in Los Angeles.

After high school, Lewis spent a year in Central America, an experience that included a side trip to Cuba. Visiting Cuba for the first time was a revelation, he said.

‘Still one of the artistic capitals’
“It’s such a different, unique world there — so extremely different from us and also from other parts of Latin America,” Lewis said. “The social infrastructure has resulted in educated people, great sports and arts programs. But it’s still poor. The system is intelligent in some ways, dysfunctional in others. It’s still one of the artistic capitals, with ballet, modern dance, Afro-Cuban dance, design, conceptual arts — things I didn’t see in other parts of Latin America.”

Returning to the United States, Lewis graduated from Oberlin College’s music conservatory with a major in composition and did graduate work at California Institute of the Arts. In addition to composing, he became a percussionist in a salsa band and conducted contemporary operas, vocal groups and orchestras.

But the bulk of his time was spent with what has become Project Por Amor, a group of artists dedicated to collaborations between Cuba and the U.S. “The Closest Farthest Away” is their raison d’être.

The theater piece is the product of more than 70 artists, Lewis said. In 2007, Lewis and others traveled to Cuba and began what was the most challenging part of the project — gaining permission from the Central Committee of the Communist Party.

“Our Cuban producer, Yases Ananda, spent months trying to get approval (from Cuban authorities) and we were turned down twice before we appealed a third time and got approval,” Lewis said. “On the U.S. side, we had to be sure we didn’t violate the Trading with the Enemy Act. The restrictions included going as full-time professionals as long as we were non-commercial. There were rules on money — for instance, we couldn’t pay Cubans — and lots of hurdles and logistics.”

There were “a few mysterious political snags” over the past couple of weeks, he said from Cuba on Tuesday, but all plans now are “strong and moving forward.”

The script, Lewis acknowledged, had to pass Cuban censorship. “The piece has a message to it, but we’re walking a tightrope with the politics,” Lewis said.

A Cuban/American collaboration
The script, in fact, was written collaboratively by American playwright Joy Tomasko, whose background includes work at the Playwrights’ Center in Minneapolis, and Cuban writer Agnieska Hernandez. It tells the star-crossed love story of a Marine biologist from the United States and a Cuban doctor whose relationship is thwarted by the 50-year-old political estrangement between the two countries. They ultimately meet in a metaphorical place called “Theatre of the Sea,” a realm beyond territorial waters and politics.

“It’s something that Cuban-Americans regularly have to go through when they try to figure out family, friends and romantic relationships,” Lewis said.

In performance, the piece integrates film shot in Cuba with live performers who are Americans. “It’s intended to be an immersive experience, with a live audience on one side and a filmed audience on the other, something like a video installation,” Lewis said.

“Almost everyone connected with the project is between the ages of 25 and 34,” Lewis added. “We represent a generation of Cuban and American artists who don’t want to inherit this economic and political war.” 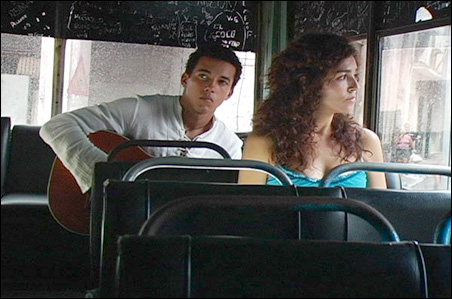 projectporamor.com
A scene from ‘The Closest Farthest Away’: All Cuban characters and locations are projected via a multi-channel video installation.

Multiple roles in project
Lewis, for his part, has taken the role of creator, composer, producer and sound designer — plus fundraiser. It’s a low-budget product, he said, though the acknowledgments have been impressive. In June, for example, Lewis received the Richard F. Sherwood Award from the Center Theater Group in Los Angeles — the first composer to receive the award from the theater company.

“The Closest Farthest Away” will get its first performance Dec. 4 at the Teatro Mella in Havana as part of the 2009 Havana International Film Festival, also known as the Festival of New Latinamerican Cinema, where it is being billed as a “featured performance.” In February, the U.S. premiere will take place during Miami’s Global Cuba Fest. After that, Lewis says hopes are for a U.S. tour.

“This project is something that could have only been possible in the past five or 10 years,” Lewis said. “Before email, Cubans and Americans had no practical way to communicate. It’s probably the first time that artists have collaboratively created a large-scale work which was done legally and also in a very non-hierarchical, collaborative way. The project is all about communication and collaboration in the 21st century and it’s an attempt to understand each other better and create a bridge where one doesn’t exist.”