Mahalia Jackson was amazing grace personified. A gospel superstar who never sang a secular song, Jackson nevertheless crossed over the barriers of race, class and religious beliefs with a spellbinding contralto that incorporated and enveloped the blues of Ma Rainey and the ancient beats of Africa with an unshakeable faith that reached from the bottom of her soul up into the heavens. How sweet the sound.

Jackson was born dirt-poor in New Orleans on Oct. 16, 1911 — last Sunday was her centennial birthday. To commemorate the occasion, the Penumbra Theater Company and the Fellowship Missionary Baptist Church are staging a musical and theatrical tribute to her life this Friday, Saturday and Sunday, entitled after one of her most beloved songs, “Come on Children, Let’s Sing!”

Despite its abbreviated, three-performance run (at Fellowship Missionary in North Minneapolis), the Penumbra has put its top-flight talent behind the production. Musical director Sanford Moore has guided the music for Penumbra offerings such as “Ma Rainey’s Black Bottom” and “Black Nativity,” founded the elegant harmony group Moore By Four, and, as a longtime devoted fan of Mahalia Jackson and a member of Fellowship Missionary Baptist Church, spurred the creation of “Come on Children, Let’s Sing!” Playwright Dominic Taylor directed “Black Nativity” and wrote last year’s hit, “I Wish You Love” based on the life of singer Nat King Cole, which will be reprised at the Penumbra next month. Three noteworthy singers — Jearlyn Steele, Tonia Hughes and Kennadi Hurst — will each represent a different era of Jackson’s life and perform more than a dozen songs, with Jennifer Whitlock as the narrator. And Penumbra’s founder and polestar personality, Lou Bellamy, will direct.

Bellamy sees the Jackson tribute as a chance to reach across the pew to Penumbra’s more devout and God-fearing patrons and reciprocate the open-minded goodwill they demonstrate when absorbing the profane realism inevitably bound up in many of the theater company’s productions.

“We have been interested in finding projects that fused the Fellowship Missionary Baptist Church with Penumbra,” Bellamy says. “I like to believe that anything Penumbra is involved in is a loving but truthful take on the black experience. Quite often the criticism Penumbra levels at the [black] community can be difficult for members of the community to embrace, and the language used to describe our condition can be off-putting. We do it because we believe in the ability of African-Americans to exact change in themselves and we want to help provide them with that power and agency.

“It turns out that the head minister at Fellowship is an enlightened man who wants to bring forth all sorts of views from our community and we want to encourage that,” Bellamy continues. “For example we are doing “Amen Corner” at the Guthrie [in May of 2012] and will use the Fellowship choir.”

The staging of “Come On Children, Let’s Sing!” at Fellowship is another collaboration, although the typical production values and set pieces that can occur at Penumbra are obviously more limited in the church setting.

“This is more of a big Mahalia Jackson concert with a biography around it,” says Taylor, the author. “It is similar to ‘Black Nativity’ in the way that there is a story but what people really love and come away with is the music. I just know they are going to really love the ending, where all three of the singers playing Mahalia come out together and sing.”

But that doesn’t mean the production lacks a dramatic spine. “What I want people to take away from this is the balancing act that a lot of gospel singers go through,” Taylor says. “So many of them cross over into the secular world and yet Mahalia became a big star without ever singing a secular song. Even then there were some people in the gospel world that felt she never should have done the movie ‘Imitation of Life,’ or played at Newport. They thought that even that made it so it was more about Mahalia and less about God. The other thing I wanted to make sure of was that this [play] was about the joy of the sound; the sound itself, which years and years after the fact is still sacred.”

Bellamy concurs on both counts. “I saw ‘Jazz on a Summer’s Day,’ with Mahalia singing at Newport, and she had those people rocking with gospel, praising the Lord without totally admitting to it. That is powerful stuff, and we do it with theater all the time. I am struck by the audience coming out of our Christmas show and singing the name of that show — Black Nativity. It is revolutionary to put those two words together and yet art is able to do that. I remember after one performance there was a little black child running through the lobby who ran into a white lady’s knees and she said, ‘Oh, is this the little Black Jesus?’ So this kind of production can make people stretch more than anyone could have imagined.” 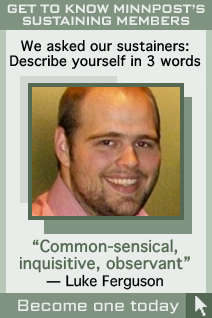 After its three-performance run at Fellowship, might “Come On Children, Let’s Sing!” find its way back to Penumbra for a more full-fledged production? Bellamy wouldn’t rule it out. “Once something is written down, who knows what uses we find for it later on? There is a theatricality to this show in that the songs ebb and flow and are chosen for a certain effect, to build to a certain place. I am always interested in telling stories about the community and spurring the community to think in different ways. I want them treated with respect, with the characters given the respect and breadth they deserve.

“We as black people have to take responsibility in telling those stories, because when others tell them they get pulled out of shape for all kinds of reasons and uses. Too often if you are not in and of this culture, you take out what you don’t want to see. I think of [Paul Laurence] Dunbar’s poem, ‘We Wear the Mask.’ But I know what is under the mask, and you need that total experience to understand what Mahalia went through.”