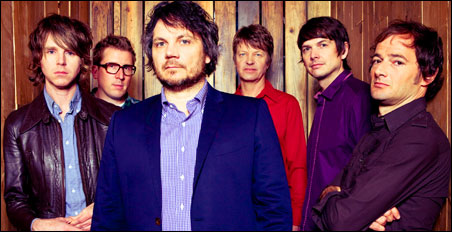 The times they have a-changed, as the Wall Street Occupiers and Tea Partiers keep shouting at us, and perhaps the least satisfying discussion to emerge from it all is that the protest song is dead, man. Minnesota Public Radio recently hosted a hand-wringing discussion on the topic; NPR’s Ann Powers found no consensus (though I’d like to hear her readers’ playlists); the title of Dorian Lynskey’s recent book pronounces “the demise of the protest song,” and now it turns out that the Tea Party is the new hippie.

I get it. The protest song is a thing of the past, a product of a very specific and very special bygone era. But comparisons indeed are odious, and to say that today’s musicians have nothing to say, specifically, on the times we’re living through is a failure on the part of the listener-slash-commentator, not artists, who have a long history of reacting to external chaos by creating art that describes, not name-checks, how it feels to be alive. Today is no different.

For argument’s sake, let’s acknowledge that the definition of a “protest song” is a tune that seeks to encapsulate the latest mass anger/ennui with a slogan, shout-along chorus, and easily digested message. Those are around, and I suppose we need them, but they rarely stick. For a richer chew I’ll take savvier fare like John Wesley Harding’s corporate corpse-kicker “There’s a Starbucks Where the Starbucks Used To Be,” Billy Bragg’s sprawling summation of the collective soul, “Never Buy the Sun,” Mason Jennings’ parable on kindness and power, “Rudy,” or Mumford & Sons’ ode-to-common ground, “Roll Away Your Stone,” to name only a few.

Point being, we the listeners need poetry and subtlety (see: the whole of Joe Henry’s new “Reverie“) now more than ever to help us wade through the confusion of the macro. No, we don’t need more headlines and sound bites; we need depth, mystery and a more meaningful experience that current events don’t afford. Luckily, here are three new CDs — by Wilco, Fountains Of Wayne, and Eliza Gilkyson — that, beyond being timeless works of art unto themselves, say as much about the human condition circa 2011 as anything else out there. Call it protest music of the soul:

Wilco, “The Whole Love.”
Great rock bands continue to explore and evolve, and there is no more curious outfit out there than Jeff Tweedy and his merry pranksters. Like Sgt. Pepper doing “The Soft Bulletin,” “The Whole Love” is music to escape, meditate, or despair to.

Or, do what I do: Drive around with it on and scan the faces of your neighbors, strangers, beggars, survivors, schemers, and other double-dip recessionistas. Look at the For Sale signs and shuttered storefronts as the band plays on. Or, put its space-trippy sounds and silences on the headphones, dial up the social network of your choice and look at all your friends having a good time, all our memorable moments, all the latest obituaries, worries, and links to the latest horror stories of human failure and idiocy, and — voilà! — you’ve got much-needed context and political-personal poignancy of the highest order.

Most important, amid the psychedelic soundscapes, Jeff Tweedy’s voice makes me feel less alone, like we’re traversing this volatile planet together. You can hear the pain and laughter in each cry-breath-note; a tender heart both wounded and buoyed by the world. Which is why the most uplifting song of the set is “Born Alone,” which stands at the edge of the universe, and, surveying the carnage and beauty, delivers an existential lesson about how the human experience, in both fat and lean times, so often boils down to what writer/artist Emily Carr said:

“Life’s an awfully lonesome affair. You come into the world alone and you go out of the world alone yet it seems to me you are more alone while living than even going and coming.”

Fountains of Wayne, “Sky Full of Holes” (Yep Rock)
Why do critics continue to call these guys “snarky” and reference the really great “Stacy’s Mom” as though it’s a bad thing? Want political music? “Hate to See You This Way” finds FOW singer Chris Collingwood checking in on a sweat pants-clad senior citizen in a crumbling old folks’ home, and if you can listen to it without thinking about your or your older loved ones’ mortality and the sheer meanness of the health-care fiasco, well, I guess we all react to fear in different ways. Good luck with that, as they say.

Fountains of Wayne reacts to it by making jangly, intricate pop with sharp harmonies and character sketches worthy of Studs Terkel, John Steinbeck, or Craig Finn. “The Summer Place” drips with class, desperation and nostalgia, with a 40-something yearning for something deeper and more exciting than the annual vacation. “Richie and Ruben” is a love song to two losers/dreamers who hatch harebrained get-rich quick schemes that always go south, and if you’re looking for today’s topical chorus, bankers and buskers could do worse than the chiming guitar-enveloped, “Where did the money go/Where did the money go-oh-oh?”

The rest is in the details of lives in motion, from the “girl on the train leaning on a window pane reading People magazine/Just to turn off her brain,” to the denizens of the ’80s rock oasis that is the “Radio Bar,” to the family man who deep down is really an “Action Hero,” like the ones he sees on his flat-screen while the rest of the family yells, per Mary Oliver, “their bad advice” to “Mend my life!”

As such, escape is a big theme to “Sky Full of Holes,” with tales of working stiffs seeking relief from the macro world, dealing with the specter of their own mortality, and running away from it all. It ends in a graveyard with a fife-and-drum beat and “Cemetery Guns” that shoot the “sky full of holes” amidst the blue, gray and green lawns. It’s the best antiwar I’ve heard in ages, from my favorite record of the year so far.

Eliza Gilkyson, “Roses at the End of Time” (Red House)
Along with Fountains of Wayne’s “Road Song,” Gilkyson’s “Looking for a Place” is as lonely as it gets. Both are specifically written from the prism of the touring musician, but for the rest of us on our own road, the desire for a place to lay down and rest is omnipresent, especially considering Gilkyson’s admission that, “Well it’s in the air, the scent of despair/Nobody wants to talk about it, we’re all scared/We don’t want to lose our share/The dream, can’t live without it.”

But before all that, and wonderfully so, leading off the CD is the stunning “Blue Moon Night,” which reminds us that despite all the crap, the stars sometimes align for perfect moments of aliveness and oneness. Gilkyson’s voice imparts all the wisdom of her years and her country in the likes of “Once I Had a Home” and “Death in Arkansas,” while the Dylanesque “Slouching Towards Bethlehem” takes the temperature of the world’s future to the sound of a New Orleans funeral.

It’s funny, sobering, and hopeful, and then two tracks later she nails a similar tone with the wryly apocalyptic “2153,” which foretells a future that doesn’t seem that far off. Listen up, and see ya in the trenches:

Well their brains were quite large for their bodies
And it lulled them into thinking they weren’t dumb
They did guns, extreme sports, special hobbies
And cool tricks with their fingers and thumbs
And they thought they would be guaranteed delivered

Well they went for the literal translation
Of every text and symbol, sacred work and screed
They obsessed over minor variations
Misconstrued the truth to justify their deeds
And they thought that all the others were afflicted
And those who knew the secret handshake would be saved
And they thought in the end they’d all be lifted
Now they’re lying in the beds that they made