Rolling Stone magazine called Martin Scorsese’s “The Last Waltz”  “the most beautiful rock film ever made,” while the New York Times deemed it “one of the most important cultural events in the last two decades.”

But you don’t need media hype to convince the musicians and fans who have been part of the mythic rock doc’s now-annual tribute at the Cabooze.

They know for a fact that the Twin Cities’ version of The Band’s last concert, featuring cameos from Bob Dylan, Neil Diamond, Joni Mitchell, Neil Young, Paul Butterfield and many more, is a gut-level celebration of the connective collective that is music, and sometimes even more than that: Last year’s edition, timeless unto itself, happened the night of the Gifford shootings in Tucson, making the likes of “Forever Young” and “I Shall Be Released” all the more poignant.

Saturday night when the band takes the stage (8:30 p.m.), who can say what condition our condition will be in, so why not lose ourselves completely for a few hours?

Take it from a man who last year found himself on the floor in front of the stage, enraptured by the killer band and soul-feeding vocalists, all flanked by the storied West Bank venue’s eternal black-and-white Chuck Berry and Elvis Presley posters: It’s a good thing.

As singer/guitarist Kent Militzer put it, “The vibe is pure love.” Or as songwriter/author Paul Metsa puts it, “I can’t think of a better way to kick off the new year. Not unlike Curtiss A’s Lennon Tribute, it always reminds me of what a special place the Twin Cities is in terms of kick-ass musicians, and knowledgeable and inspiring audiences.”

MinnPost caught up with some of the principals of Saturday night’s “Last Waltz” gala for a virtual roundtable: 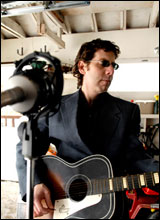 MinnPost: What song are you performing, and what has the tune meant to you, personally, over the years as a fan?

Dan Israel: ” ‘Baby Let Me Follow You Down,’ ‘Forever Young,’ and ‘I Shall Be Released,’ by Bob Dylan. The one that hits me hardest is always ‘Forever Young,’ especially since I became a parent. It’s arguably the most beautiful song ever written from a parent to a child. I get chills every year when I sing it at the show.

It just perfectly expresses this longing, this wish that a parent has for their child; the hope that the child will always stay young at heart. I honestly get choked up on stage singing it, thinking about my kids and how much I love them and how much I want their lives to be good. Bravo, Bob.

“With ‘I Shall Be Released,’ well, it’s that gospel-ly capping-off-thing and for some reason, maybe because it’s right after the holidays and everybody is experiencing the same post-holiday blues, it just feels so right every year. I know a lot of people (myself included) get really down at times around this time of year, and do in fact feel like they need to be released from their many earthly burdens, and so it feels incredibly cathartic to end the show with that song, and everybody in the crowd sings along, and you can see the pain and joy in their faces as they sing, and with everybody up there on stage singing together … well, it’s a real beautiful moment.”

Ashleigh Still: ” ‘Coyote,’ by Joni  Mitchell. The delicious irony of the first line, ‘No regrets, coyote,’ and the way her voice lilts when she sings it — that says it all. Brilliant angel, Joni Mitchell. It’s the story of my life, too. No harm, no foul, no ill intent. Lonely people gravitate toward each other. Holding on forever and letting go in an instant.”

Kent Militzer: “I’m performing ‘Helpless’ as Neil Young. One of Neil’s classic tunes and one of my earliest connections with Neil from CSNY’s ‘Déjà vu.’ At that point in time, though, I was more of a Stephen Stills fan, and it wasn’t until a few years later that I became a hardcore Neil fan. However, that song in particular always stuck with me. A great example of how a song can be simple and yet extremely effective.” 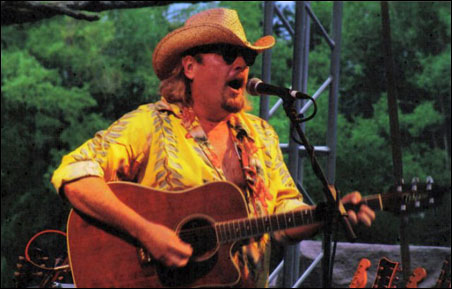 Paul Metsa: ” ‘Further On Up The Road.’ I’ve always loved the Bobby Blue Bland classic; it has all the ‘stuff’ one needs for a great blues tune: heartbreak, betrayal, and of course, the road.”

Terry Walsh: ” ‘Caravan,’ by Van Morrison. Van’s ‘Last Waltz’ performance is a stunner. For me, it’s truly one of the greatest moments in rock movie history. At first you think, ‘What the heck is he wearing?’ By the end, you’ve almost forgotten about the goofy purple outfit. I have an outfit that was specially made for me by superfan Denise Lien. She saw what I wore the first time I did the show, then went on a mission to find/re-create the outfit from the film. It’s hilarious. She even put in the lace-up crotch.”

MinnPost: Try to describe the vibe of the ‘Last Waltz‘ tribute at the Cabooze — it may be even more celebratory than the original.

Kent Militzer: “I’ve played the Cabooze quite a few times over the years but quite honestly, ‘The Last Waltz’ is the only time I’ve ever had the whole place singing along. It’s an incredible feeling. The vibe is pure love. Everyone is having a blast and I’m always amazed at the number of audience members who know every little detail of the performance.”

Terry Walsh: “There’s a buzz in the crowd, an excitement I didn’t expect before I ever experienced it. The vibe among the musicians feels more like the camaraderie you’d find in the cast of a play. Everyone who performs realizes how lucky we all are to be part of this thing.”

Dan Israel: “The vibe of the whole night, though, is indeed really celebratory. Remember, the concert itself was, of course, a final concert. Maybe it feels a little more celebratory than the original event because people know that we’re just a bunch of local musicians having fun, not a band breaking up, and by now they should know we’ll probably be back the next year to do it again.”